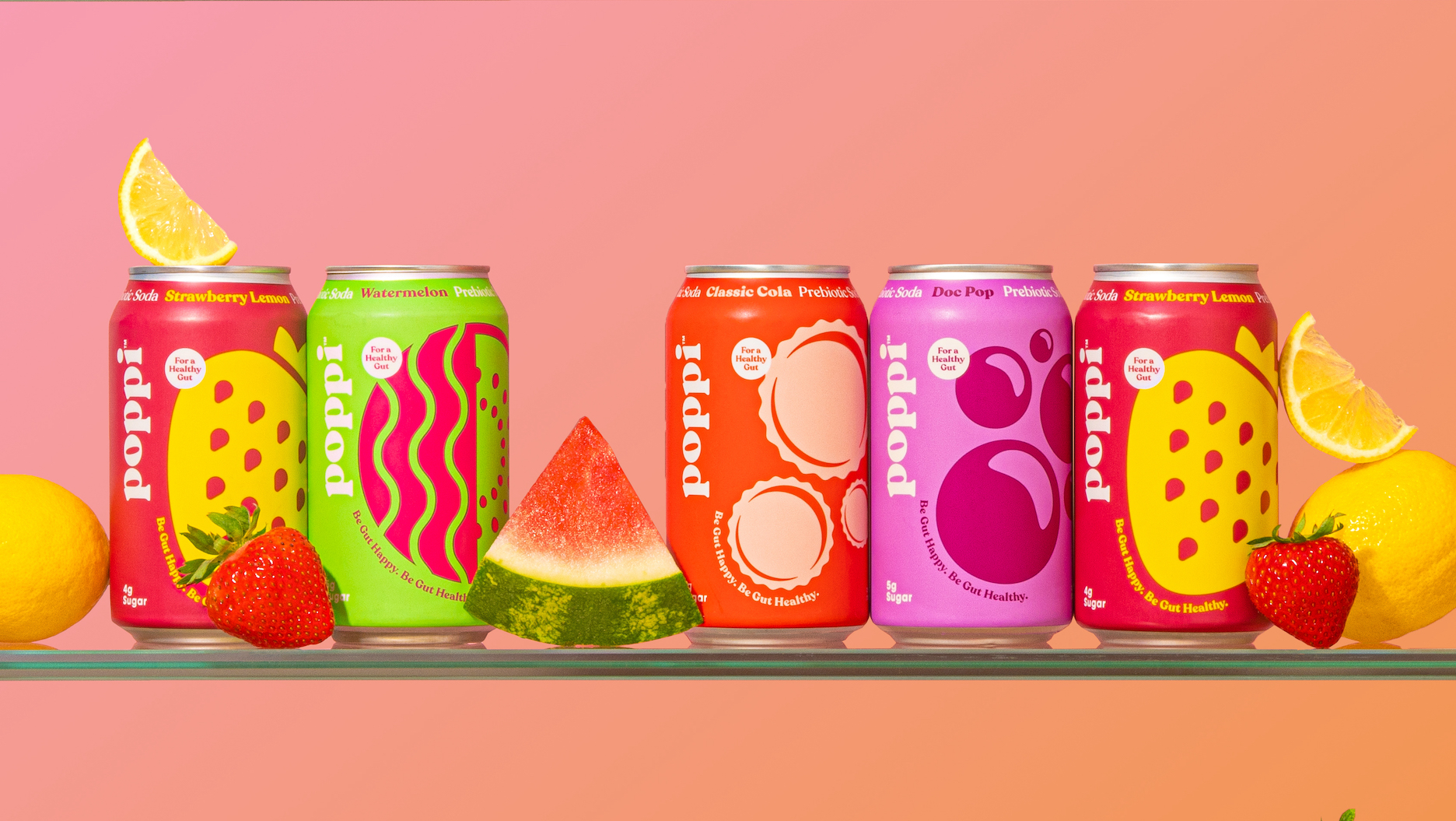 Some venture capitalists say most beverage companies won’t end up being big players, but Poppi, a prebiotic soda brand, is joining companies like Olipop to prove they can be successful in a global functional soda category expected to be valued at $173 billion by 2025. The company’s drinks combine real fruit and apple cider vinegar and have less than five grams of sugar and 20 calories. The ingredients target digestion aid, immunity and glowing skin. Missing Attachment When we last caught up with Poppi co-founder Allison Ellsworth, it was when the Dallas-based company raised a $13.5 million round in 2021. At the time it was about a year old, had nine flavors and had achieved a presence in more than 7,500 retail locations, including Target, Safeway, Kroger, Publix, Whole Foods and Amazon.com. “A big change is the functional pop fast-growing category,” Ellsworth told TechCrunch. “Last year, we were at proof of concept, but now we are past that. We are seeing real revenue growth, real penetration and real trial. It’s been exciting to see. We’re here to play and a hot new brand.” Indeed, the company had 148% revenue growth over the past 12 months and also saw online sales increase 250%, Ellsworth said. Poppi is also somewhat of a TikTok sensation, garnering more than 1 billion views so far. She also said that what has set the company apart from its competitors is Poppi’s distribution approach of establishing a direct store delivery network. That was one of the first pieces of advice Rohan Oza, co-founder and managing partner of CAVU Consumer Partners, who has been an investor in Poppi since its first day, gave to Ellsworth and her co-founder husband, Stephen, back in 2020. “By the end of January, we will have pieced together, in the U.S., a full DSD network where no other brand of our size has done this,” Ellsworth said. “Now, we have our cans in the refrigerated section, on the shelves and doing a pallet drop in the lobby of retailers. That has made a major difference we can see.” All of that growth is why Oza decided to double down on additional funding, Ellsworth added. That new cash infusion is a round of $25 million led again by CAVU. Poppi has now raised more than $40 million in total. Ellsworth declined to divulge the company’s valuation, but did say it was an increase over the company’s previous round. It’s also back with a lot of changes, including new additions to the executive team this year. CEO Chris Hall (no relation to the reporter who wrote this) came to the company in May after 15 years at Talking Rain Beverage, most recently as chief executive of the Sparkling Ice brand for the past five years. Meanwhile, Lana Buchanan joined as chief marketing officer after serving in various vice president roles at Anheuser-Busch and Campari, while Chuck Czerkawski joined as CFO. Ellsworth said Czerkawski had taken Essentia Water through an exit in 2021, and would “help to get us on the road to profitability.” Poppi still has nine flavors, but has doubled its reach to more than 20,000 locations and is poised to reach 30,000 doors next year, Ellsworth said. The company launched during the height of the pandemic in March 2020 and dealt with aluminum shortages and the like, but now has been able to staff up, put an executive team in place and, as Ellsworth put it, “invested in the right people so we are a well-oiled machine.” That new capital will go into building brand equity — “getting more cans in hands,” she added. Next up, Poppi is exploring club retailers, like Costco and Sam’s Club, working on how to sell in multipacks and developing some new flavors, with the potential for two to come out next year. The company launched a Cherry Limeade flavor earlier this year. “We will continue to lean in on the traditional soda flavors,” Ellsworth said. “We see Poppi as a soda for the next generation, and we see people wanting to drink it everyday because it tastes good and is a soda replacement.” Poppi raises a can to fresh capital to support its functional beverage growth by Christine Hall originally published on TechCrunch