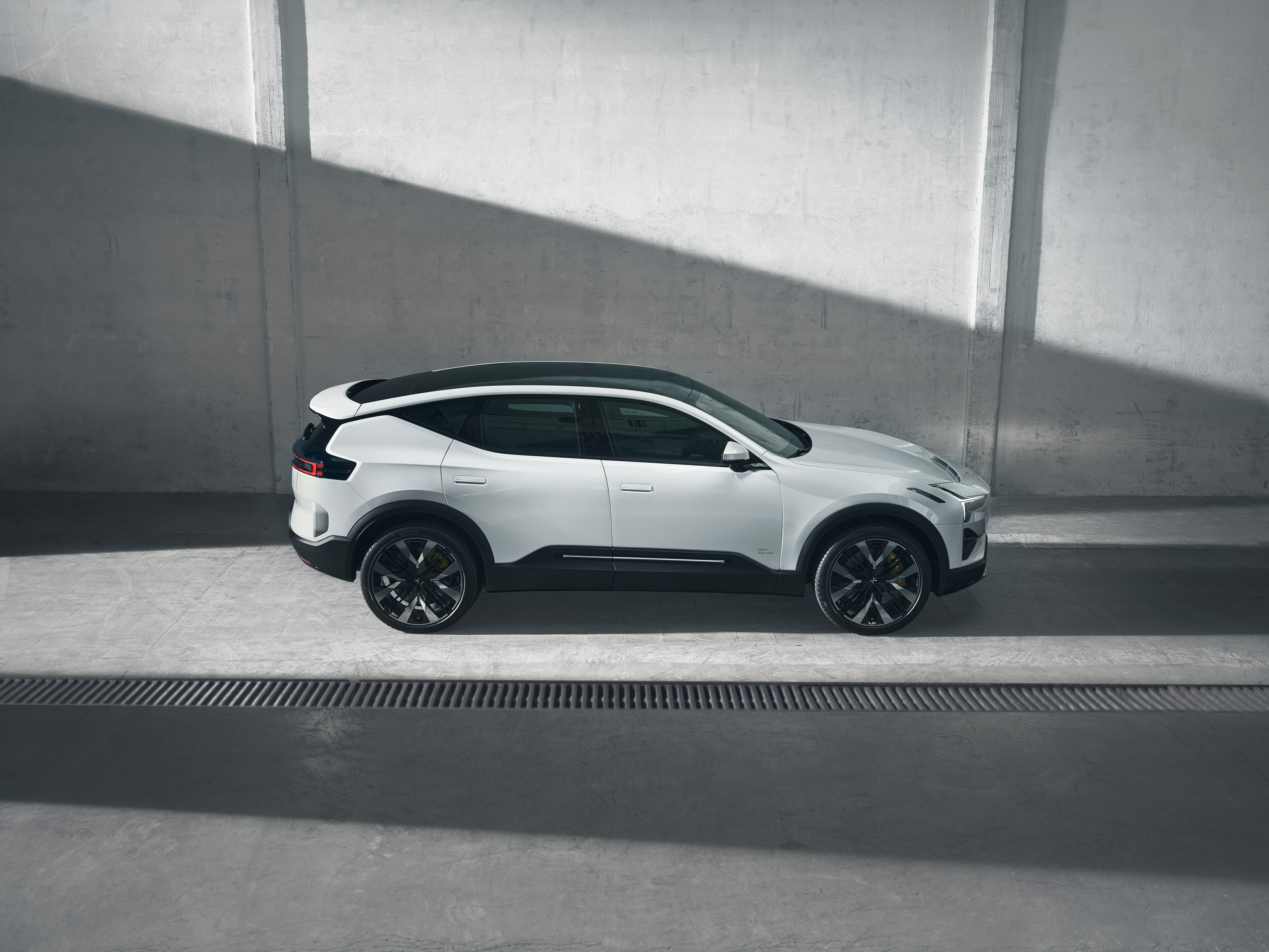 Polestar’s third-ever electric vehicle, the Polestar 3, has finally been officially revealed. Polestar is Volvo’s sub-brand focused on electric performance cars, but with the Polestar 3, a mid-sized SUV, the focus is less on performance and more on stuffing as many tech advances as possible into one car. That’s not to say the Polestar 3 is slow: In standard dual-motor configuration, it produces a total of 360kW of power and can take you from 0-60mph in 4.9 seconds, with a top speed of 210 km/h. The optional performance pack ups the maximum power to 380kW and reduces the 0-60 mph acceleration time to 4.6 seconds, with top speed staying the same. images-1.fill_.size_2000x1391.v1665647407 Another key metric for any electric car is range, and Polestar 3 fares quite well here, at least according to preliminary figures from the manufacturer. The car’s 111kWh battery pack should provide 300 miles of range per EPA estimate (that’s 270 miles for the Performance version). The battery can be charged at a maximum rate of 250kW, which should take the battery from 10 to 80 percent in half an hour. In terms of size, the Polestar 3 is actually quite big for a mid-size SUV, with a 193-inch length, 64-inch height, and 83.5-inch width. It seats five people and has a 484-litre boot capacity, and an additional 32-litre frunk. images-4.fill_.size_2000x1500.v1665647632 Design-wise, it’s a bit more playful than the company’s previous two cars, Polestar 1 and Polestar 2, with dual blade, T-shaped headlights, and a front aero wing in the bonnet, coupled with another aero wing in the rear spoiler and rear aero blades. Look closer, and you’ll see small text signs in some places, such as the “SmartZone/Sensor cluster” sign next to the front camera. Inside, it’s luxuriously minimalistic (which may sound like an oxymoron but it’s sort of Volvo/Polestar’s thing). A vertical, 14.5-inch display in the middle of the cockpit is paired with an unassuming, smaller display in front of the driver, displaying the basics such as speed and battery capacity. images-2.fill_.size_2000x1508.v1665647407 The seats are made out of bio-attributed MicroTech, which is a form of textile made from recycled polyester, and though leather and wool are used here and there, Polestar says it’s all welfare-certified and fully traceable. Retractable door handles, LED lighting, a 25-speaker B&W sound system, and air suspension are among the niceties that should make your life in the car more comfortable.

While the clinical design, attention to details, and Polestar’s commitment to sustainability will surely draw in some customers, the most interesting aspect of Polestar 3 is the tech. The company partnered with a bunch of technology companies to make this car as safe and as brainy as it can be: Nvidia is responsible for the car’s Drive core computer; the infotainment system is powered by Qualcomm’s next-gen Snapdragon Cockpit Platform and is running Google’s Android Automotive OS, and safety tech partners include Zenseact, Luminar and SmartEye. images-3.fill_.size_2000x1500.v1665647407 That last bit means the car comes with a lot of sensors: five radar modules, five external cameras, twelve external ultrasonic sensors, and two driver monitoring cameras with eye tracking, coupled with interior radar sensors that can detect “sub-milimetre movements.” The sensors on the outside keep you in your lane and make sure you don’t bump into something, while the sensors inside can recognize when you’re distracted or drowsy; if so, the car can issue warnings or even stop completely. As any new EV should, the Polestar 3 comes with over-the-air update capabilities, allowing for software improvement and the addition of new features without having to bring the car to a service point. The price for the Polestar 3 is an eye-watering 89,900 euros ($83,900 in the U.S.), but Polestar points out that the car comes with a lot of features in the standard configuration, so you probably won’t have to dish out more money for the extras. The car is expected to come to North America, Europe, and China in Q4 2023, with availability in other markets starting in 2024.