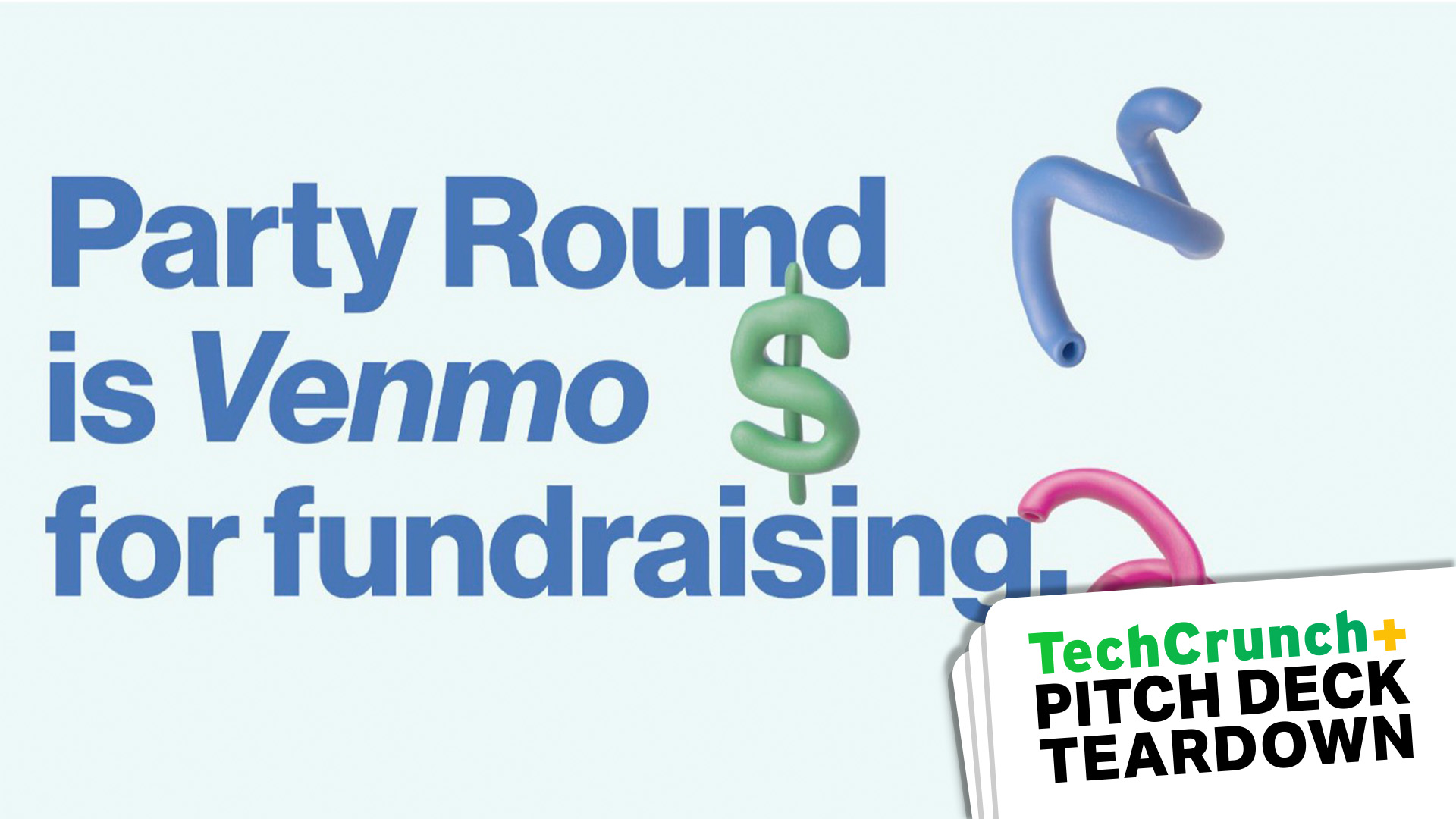 About a year ago, Alex reported that Party Round raised $7 million using its own platform, adding a medium-size busload of angel investors to its cap table. Usually, party rounds are more about who you know (and who they are willing to bring to the table) than anything else, but having a decent story and narrative is still crucial. The Party Round team was willing to share its deck with me, so let’s take a closer look at what the founding team did to shake enough trees to make $7 million in money apples succumb to gravity. We’re looking for more unique pitch decks to tear down, so if you want to submit your own, here’s how you can do that.

Party Round gets a lot of things right in its deck. I like the design and I particularly like the scarcity of words. Hell, the entire deck contains just 148 words. That’s … nothing. The company raised $7 million with 148 words. That’s $47,000 per word. These pitch deck teardowns are usually 2,200 words long, and I haven’t checked my pay stub in a hot minute, but I’m pretty sure TechCrunch isn’t paying me $100 million per article. Then again, I’m not widely known for my brevity. So, apart from being crisp and to the point, what else does Party Round get right?

It knows what it does. It knows who it does it for.

PartyRoundAngelPitchDeckteardown-Slide-7 Retail investing has hugely shifted through the gamified world of Robinhood, and Coinbase has put crypto investing within range even of people who don’t want to spend the time to figure out what a digital wallet is and how many words you have to remember to create one. I’m not 100% enthused by this deck. In fact, hand on heart, I am really struggling to understand how this company was successful in raising any money at all, let alone raising $7 million. In the rest of this teardown, we’ll take a look at three things Party Round could have improved or done differently, along with its full pitch deck.