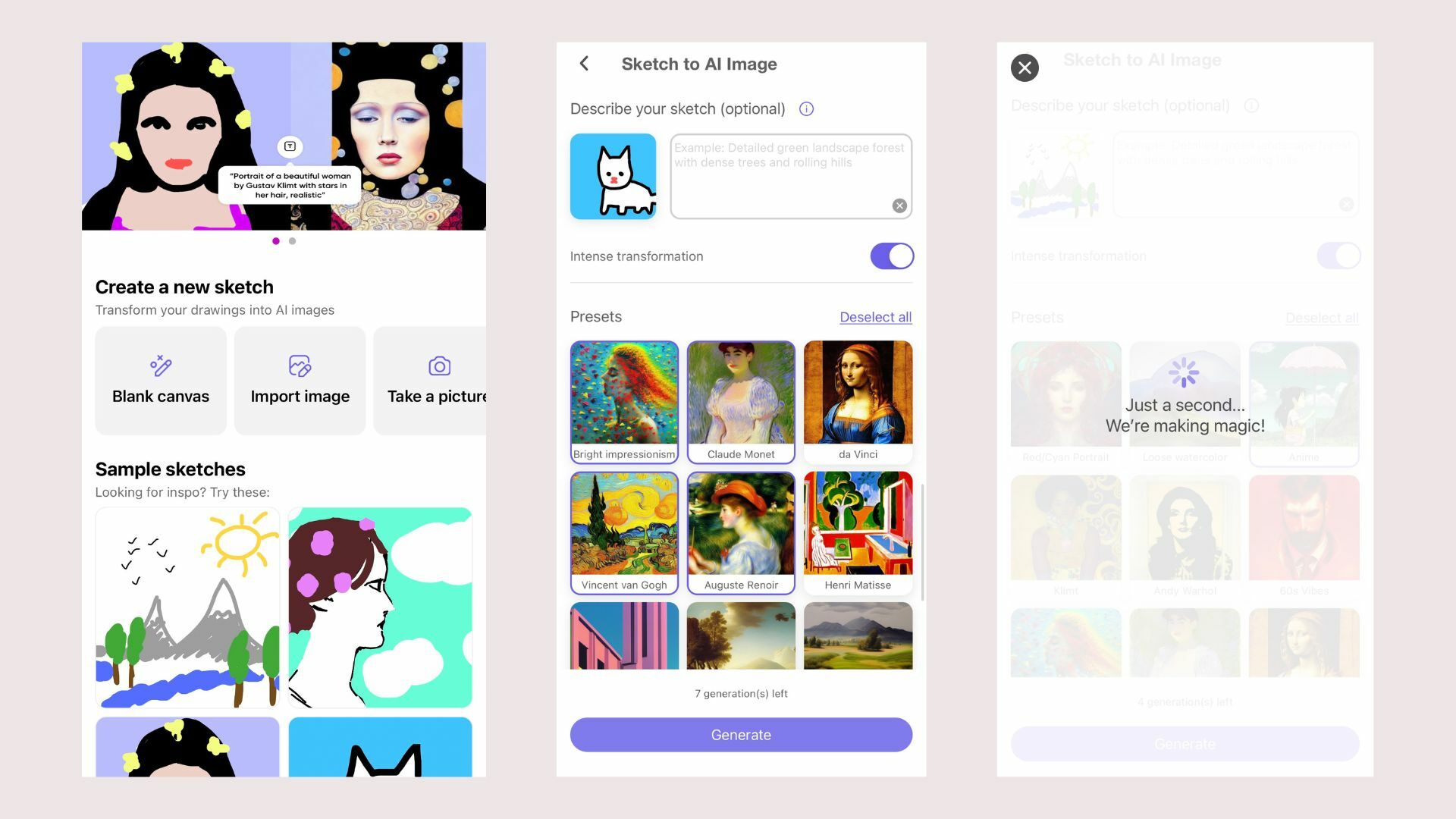 A recent wave of viral, AI apps have gripped the internet’s collective interest. Take LensaAI, the app with a self-portrait generator that had everyone talking. A new addition to this trend has arrived in the form of SketchAI, an app created by Picsart, a creative image-editing developer powered by AI. SketchAI provides users with the tools to draw an image or upload an existing image, then apply various aesthetics and styles to digitally transform the original. Some of these presets include artist-based styles like “Henri Matisse”, “da Vinci”, and “Claude Monet”; others fall under broader categories like “Anime”, “60s Vibes”, and “Bright Impressionism”.images-2.fill_.size_380x750.v1673002090 Users can choose amongst these presets, also describing the image (see below), in order to create a final outcome. Even my extremely rough and hurried sketch of three pink hearts produced a post-worthy image, thanks to a brief descriptor and the help of a Matisse preset. Hovhannes Avoyan, Picart’s founder and CEO, tweeted about the new development, writing, “anyone can transform a sketch or image into a piece of art”. Tweet may have been deleted (opens in a new tab) These features are an advance for Picsart’s existing set of tools in the image and editing space.images-1.fill_.size_2000x1340.v1673002090 The app allows five free generations. For unlimited generations, a subscription is needed, with options varying from $5.99 per week to $17.99 per month or $69.99 per year. Tweet may have been deleted (opens in a new tab) The possibilities with this kind of AI can be vast for artists, brands and creators, but certain ethical conundrums have emerged when it comes to some of these apps. There are issues like copyright infringement and the fact that AI can present obstacles for artists when it comes to growth and visibility. Then, with LensaAI, there has been widespread criticism about overly sexualixed portraits of women and instances of racial bias.