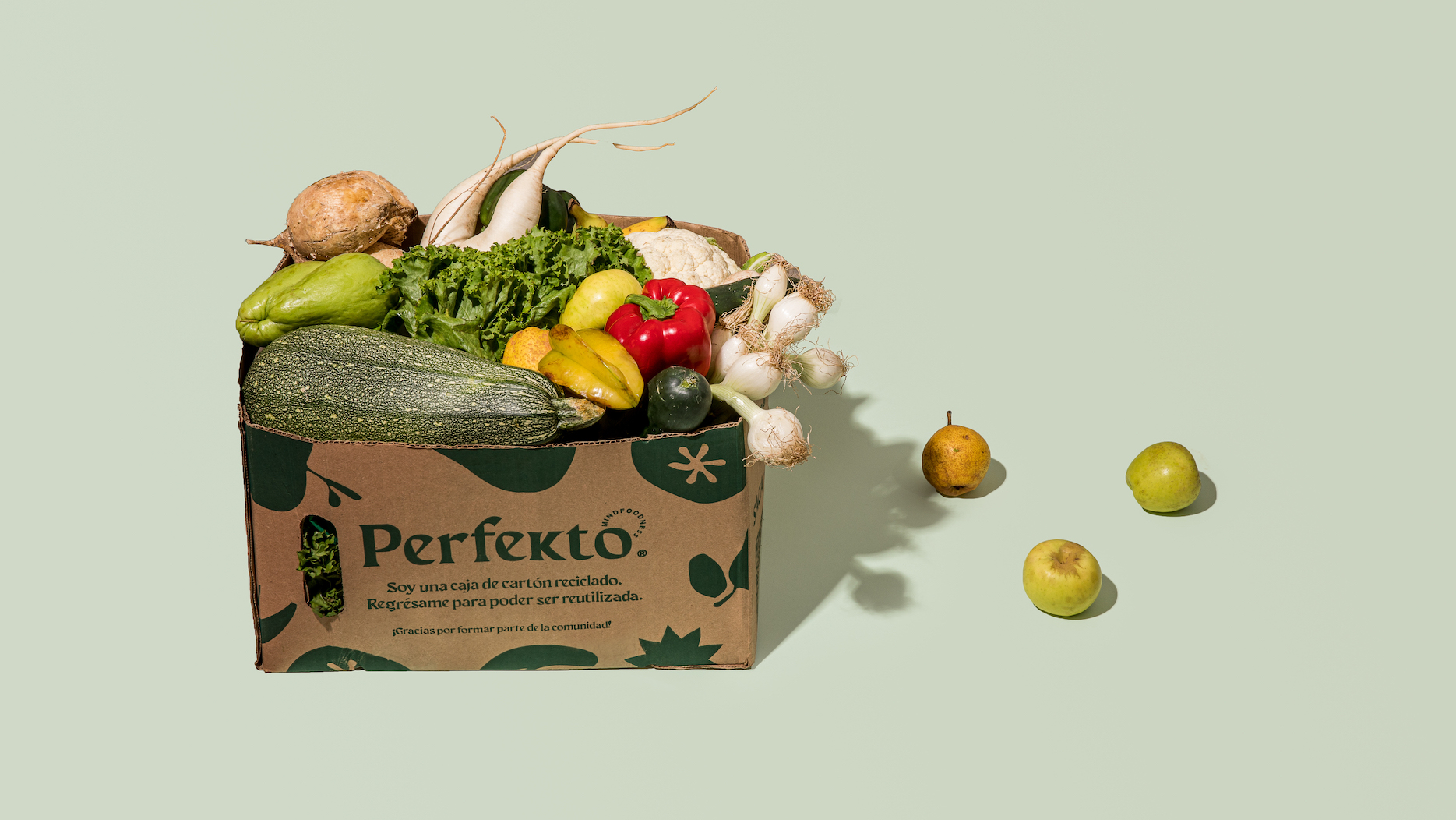 This is where Perfekto believes its subscription box of imperfect food can help. Launched in 2021, the Mexico-based company works with over 70 producers to “rescue” food and delivers it to consumers. Subscribers used to get a “surprise box,” but can now personalize their box and choose how much of each type of produce they want. On the backend, the company developed software that automates routing and logistics. In the past year, the company was part of Y Combinator’s summer 2021 batch, grew to over 3,000 active monthly subscribers and reached $1 million in annual run rate, Jan Heinvirta, co-founder and CEO, told TechCrunch. Subscribers average two boxes per month. “We saw an expensive problem that needed urgent solution,” he added. “We felt like it’s time to do this because no more time should be wasted. We also saw a trend going in the direction of consumers being more responsible.” It’s an expensive problem indeed, with the cost of food waste estimated to be around $940 billion each year. And that’s while 9.7 million people across Latin America have food insecurity. Add to that, grocery delivery businesses in the business-to-consumer space are traditionally a capital-intensive business. Even highly venture-backed companies find it difficult to reach profitability. Heinvirta said it is possible to build a grocery delivery business with positive unit economics. Since December, Perfekto also grew over 10x across all key performance indicators and rescued 1 million pounds of produce. “We have been very capital efficient, reaching $1 million in ARR having spent less than $1 million,” he added. “This is possible thanks to our subscription model, efficient logistics model and strong organic growth.” Heinvirta, who grew up in a Swiss farmer village and has a background in financial services, moved to Mexico and met Anahí Sosa, the daughter of a citrus producer who told TechCrunch that she saw how imperfections affected her father’s business. She went on to lead Uber’s grocery initiative in Latin America and later helped launch Cornershop in Costa Rica. Together Heinvirta and Sosa, chief operating officer, started Perfekto. They recently brought on Juan Andrade as the third co-founder and chief supply chain officer. Andrade was a logistics advisor to the company since it started and previously led Walmart’s e-commerce logistics operations in Mexico. The company is among a group of startups that want to save produce and other food from ending up in landfills. Today, it announces $1.1 million in pre-seed funding to expand its program across Mexico City. Over the past year we’ve seen a number of them also get venture capital backing for their approaches. For example, Full Harvest raised $23 million in Series B funding at the end of 2021 for its business-to-business marketplace that connects produce buyers and sellers so they can quickly close deals on surplus or imperfect crops. “We have a lot of interest from other cities, and I can certainly plan our international expansion, but we’re focused on Mexico City right now because it is so big,” Heinvirta said. “We plan to reach $2 million in annual run rate within the next six to eight months, and there is an opportunity to grow as much as we can.” Perfekto is also looking at some new opportunities beyond fruits and vegetables and is working with large consumer packaged goods companies that are interested in partnering to reduce food waste for other items that have a short shelf life or damaged packaging. There is also increased interest coming from businesses that are subscribing to a box of fruit each week, he added. The company just launched a crowdfunding campaign, but in the meantime, Heinvirta intends to plug the new capital into three areas: improve operations and technology, expand its catalog of products to offer customers more variety and growth in the B2B space. Perfekto bags $1.1M to find homes for imperfect produce in Mexico by Christine Hall originally published on TechCrunch