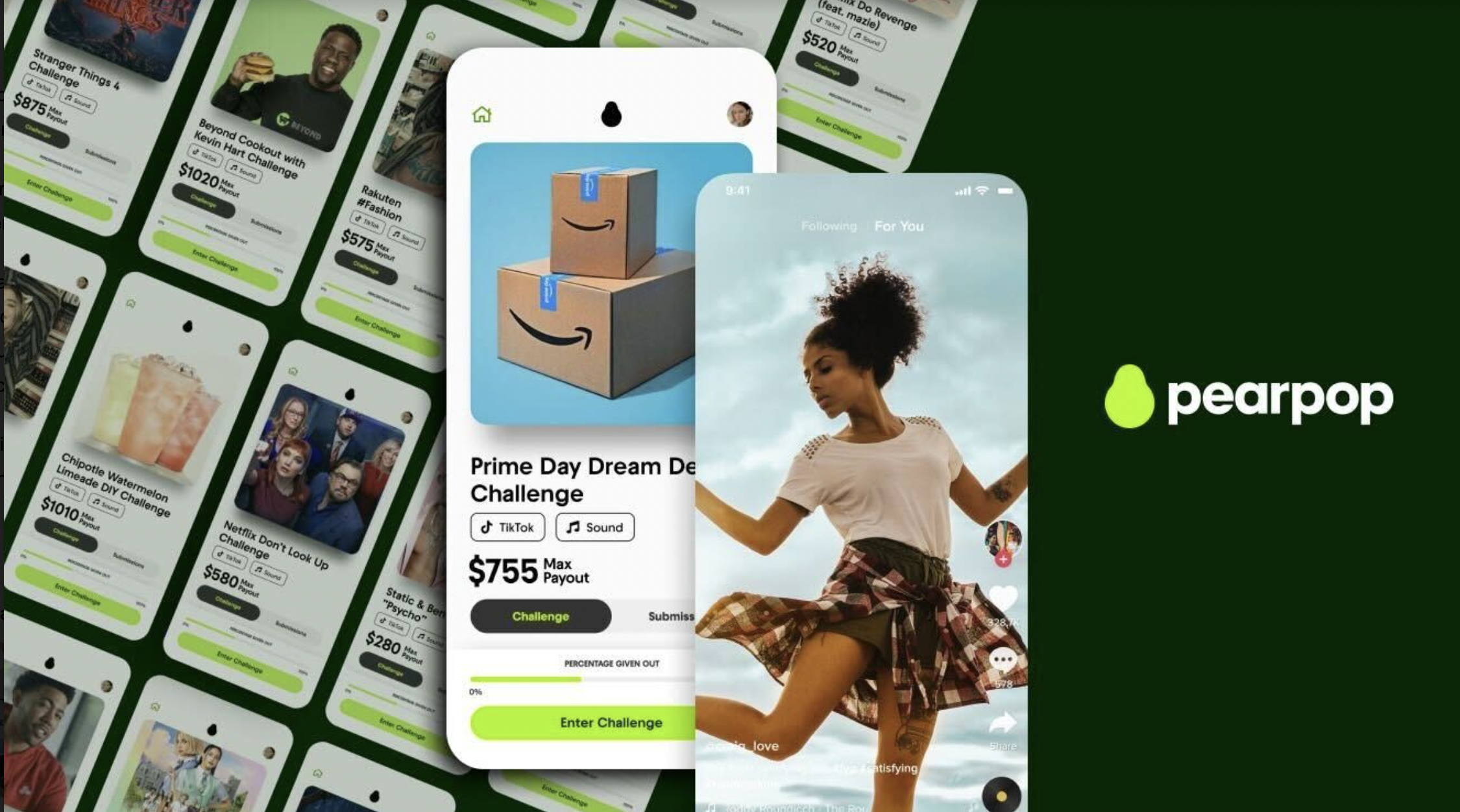 The new investment includes funding from Ashton Kutcher and Guy Oseary’s Sound Ventures and Alexis Ohanian’s Seven Seven Six. Blockchange Ventures, Avalanche’s Blizzard Fund and C2 Ventures also participated in the round. Pearpop allows creators and brands to buy collaborations with celebrities like Madonna and creators like Sommer Ray. These celebrities and influencers are able to sell the chance to collaborate with them on TikTok. Or, they can run “challenges” that invite people to use a specific sound on a TikTok for the chance to win cash. Pearpop has attracted numerous brands including Amazon, Netflix, Chipotle, Rakuten, Universal Pictures, Sonos and Beyond Meat, as well as celebrities like Doja Cat, The Weeknd, Madonna, Shawn Mendez and Post Malone. “We’ve reached a critical mass on the creator side, as we now have more than 200,000 on our platform,” Pearpop CEO and founder Cole Mason told TechCrunch in email. “We’ve paid out over $10 million to creators, and we’ve been proud to see how Pearpop has opened up an opportunity for creators without a massive following: 71% of earnings have gone to creators with under one million followers.” As for the new funding, Mason says Pearpop will use it to boost hiring, advance the platform’s current functionality, build out sales partnerships and more. “We’re going to use the funding to accelerate our tech and engineering hiring as our product features and functionality get more advanced and we leverage intelligence and data in new ways our industry hasn’t seen,” Mason said. “Beyond that, we’ll continue to build out a strong sales and partnerships team capable of attracting and partnering with some of the biggest and most iconic brands in the world.” 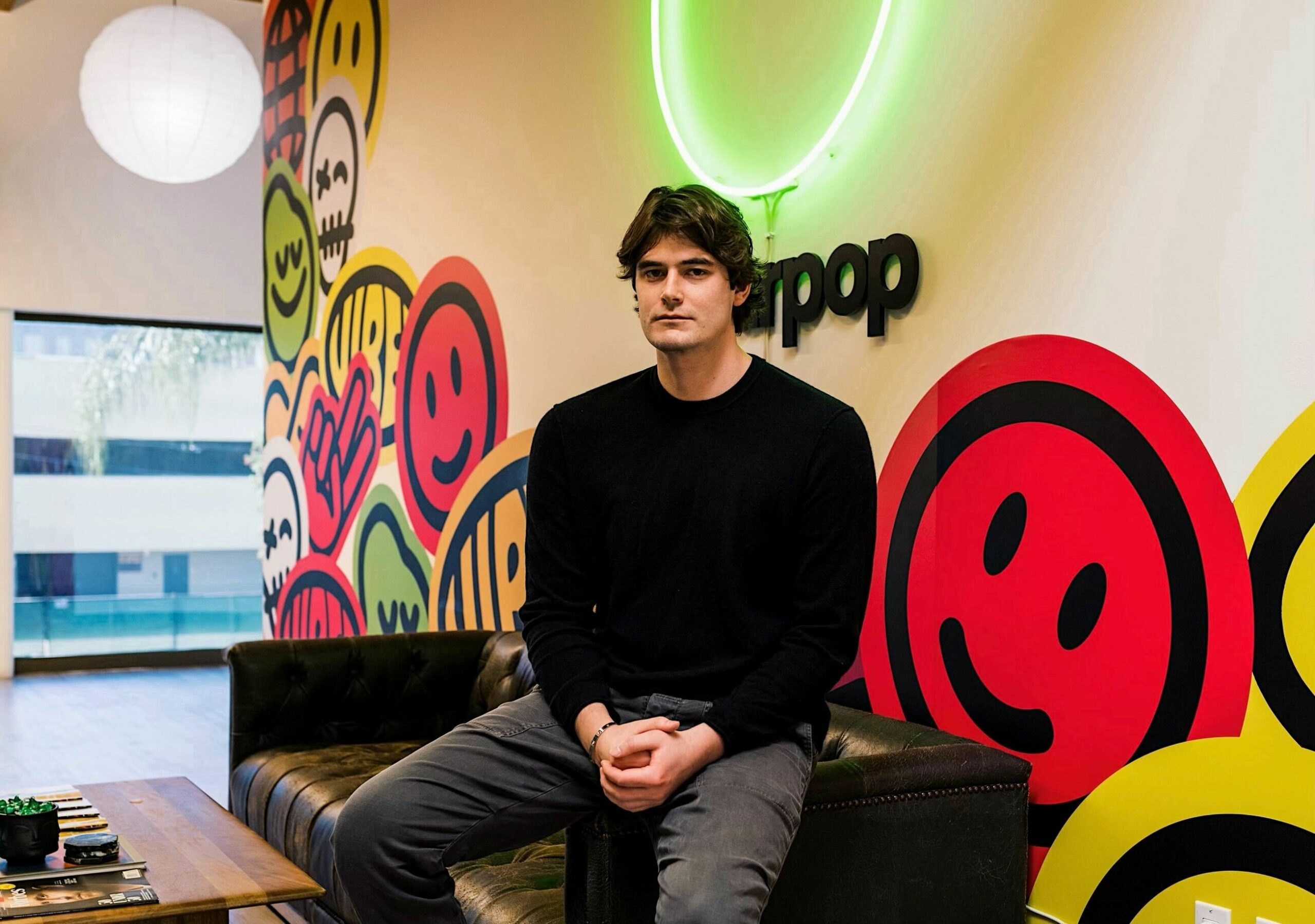 In addition to the new funding, Pearpop is also announcing that it’s launching two new products called Ovation and Passport. Ovation builds on Pearpop’s current Challenges product by allowing brands to turn customers into advocates. The product lets brands mobilize targeted audiences that have engaged with a product in the past. Mason says that every brand wants to incentivize their communities to advocate on their behalf, and Ovation makes this possible. On the other hand, customers will be able to monetize their social presence. Passport uses blockchain technology to give creators visibility into audience engagement across multiple platforms and sources to allow brands to understand creator impact. Mason says Passport reflects Pearpop’s continued belief that data will be central to the growth of the creator economy. The platform aims to continue investing in data to support both brands and creators. Earlier this year, Pearpop launched Pearproof, a web3 app that allows creators to mint NFTs of their social media posts. Pearproof’s NFTs use a proprietary algorithm that allows the assets to gain value as a post itself garners more social engagement. These NFTs start off at a “vinyl” level on a tier system that Pearproof developed. As it gets more popular, the NFT can “level up” to silver, gold, platinum and other levels. The creator can decide what rewards are associated with these levels. The project leverages the Solana blockchain, which Pearproof chose for its low transaction costs and lesser environmental impact. Pearpop announced $16 million in funding in April 2021, which was split between a $6 million funding round co-led by Ashton Kutcher and Guy Oseary’s Sound Ventures and Slow Ventures, with participation from Atelier Ventures and Chapter One Ventures; and a $10 million additional investment led by Alexis Ohanian’s Seven Seven Six with participation from Bessemer. “We have no shortage of ideas in the roadmap to help Creators earn a living doing what they love,” Mason said. “Our long-term vision is to continue to unlock the value of every social media user on the planet, while setting the standard for collaboration and creator monetization.” Pearpop raises $18M at a $300M valuation to scale its social collaboration marketplace by Aisha Malik originally published on TechCrunch