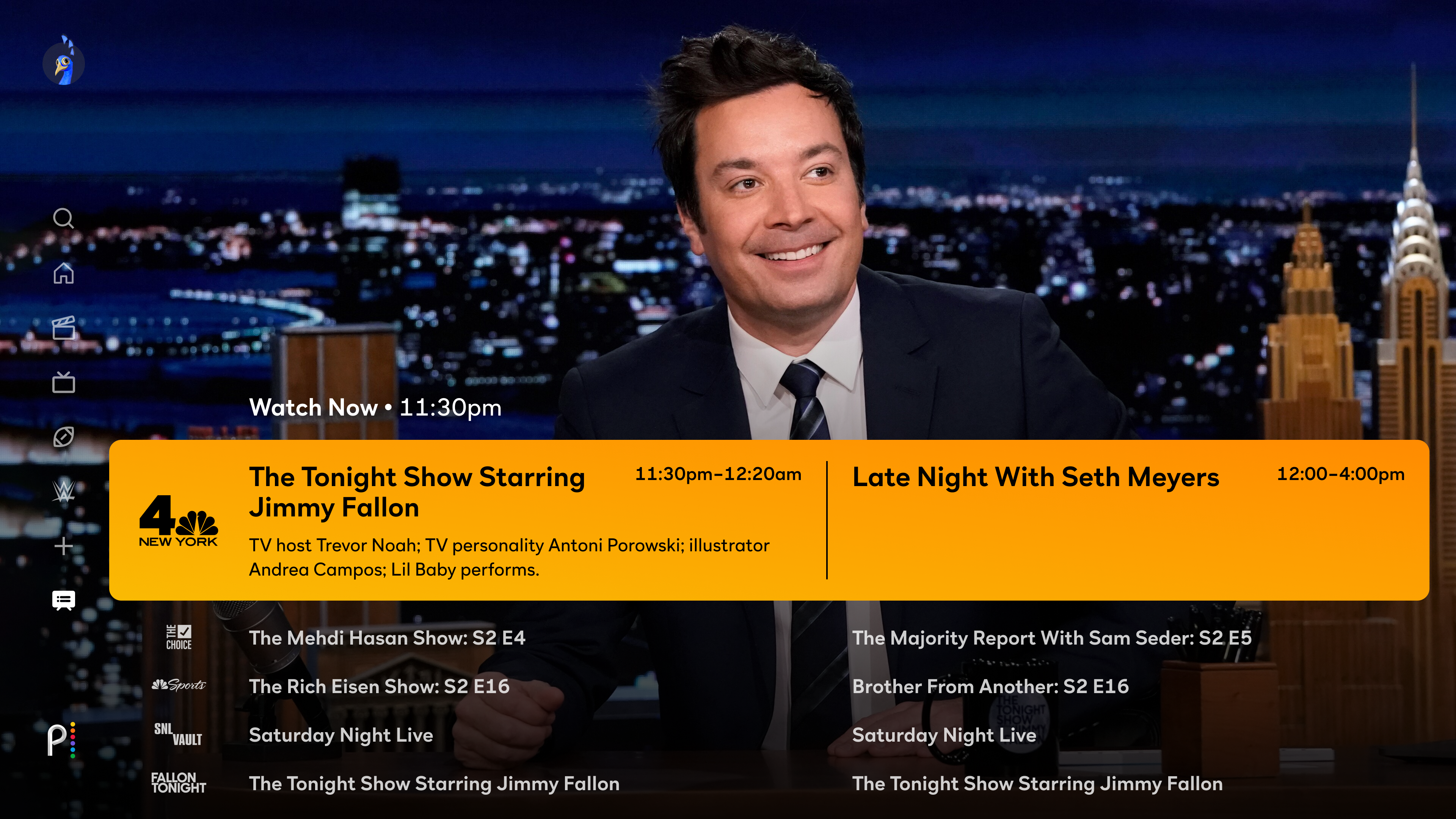 Subscribers will soon be able to livestream popular programs like “The TODAY Show,” “The Tonight Show Starring Jimmy Fallon” and “Saturday Night Live” without paying for cable. As part of yesterday’s soft launch, some Premium Plus subscribers already gained access to their NBC local affiliate channel livestream. “With Peacock’s local affiliate livestream, our subscribers are getting the unique combination of the ad-free on-demand content they love with the local news and NBC programming that is already part of their daily life,” Kelly Campbell, President, Peacock and Direct-to-Consumer, NBCUniversal, said in a statement. NBC’s local affiliate stations join brands and channels like NFL, Golf, Premiere League, NBC News, Sky News, TODAY, Hallmark, WWE and others. Peacock is likely including more live TV options to compete with rival Paramount+, which has always included local programming on its platform. Paramount+, with its 46 million subscribers, brings live TV to 99% of the United States, the company claims on its website. After experiencing a slowdown in subscriber growth, it’s also possible that Peacock is urging more of its subscribers to upgrade to Premium Plus. Peacock recently revealed that its total paid subscriber base jumped from 13 million paid subscribers to over 15 million in the third quarter. While it’s unlikely that many Peacock subscribers of its free ad-supported plan will switch over to the $9.99/month Premium Plus tier, its possible subscribers paying $4.99/month for the Premium plan will want to switch over to get 24/7 access to their local NBC station. Plus, $9.99/month is a better deal than paying the hefty price for cable or live TV streaming services like Sling TV. “This is an exciting new offering that expands our best-in-class broadcast and local programming to new audiences,” added Philip Martzolf, President, NBC Affiliate Relations. Peacock adds live TV from all local NBC stations to its Premium Plus tier by Lauren Forristal originally published on TechCrunch