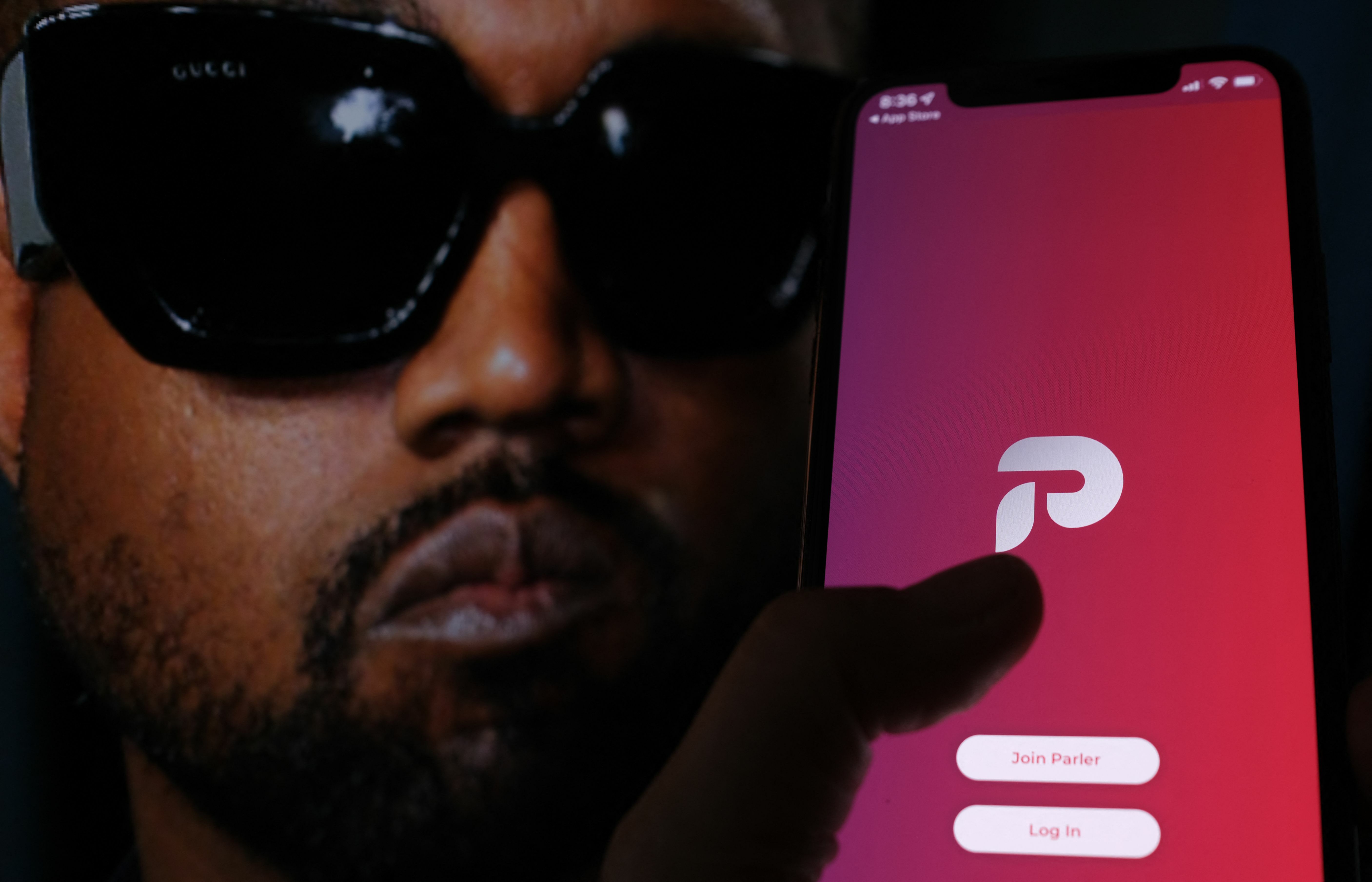 The right-wing social media platform Parler says that controversial rapper Kanye West is no longer buying the company.On Thursday, West appeared on InfoWars, the program hosted by far-right conspiracy theorist Alex Jones as part of a media tour pertaining to West’s claim that he is running for president in 2024. (Jones, as you might recall, has recently been in the news for losing a series of lawsuits from Sandy Hook family members over his claims that the school shooting was fake.) West appeared on the show masked alongside Holocaust denier and white nationalist Nick Fuentes, whom West has been traveling with.During the interview, West proclaimed his “love” for Nazis and Hitler.Just hours later, Parler reached out to Mashable and other news outlets to share that the acquisition agreement it had made in October with Kanye West had been quietly terminated last month.”Parlement Technologies [Parler’s parent company] has confirmed that the company has mutually agreed with Ye to terminate the intent of sale of Parler,” the statement read. “This decision was made in the interest of both parties in mid-November. Parler will continue to pursue future opportunities for growth and the evolution of the platform for our vibrant community.” Tweet may have been deleted (opens in a new tab) Mashable has reached out to Parler for more information and will update this piece if we hear back.Parler had initially agreed to the acquisition deal after West had already been suspended from social media platforms such as Twitter and Instagram for making antisemitic remarks. Shortly before the deal’s announcement, West appeared with conservative commentator Candace Owens at Paris Fashion Week with the two sporting “White Lives Matter” t-shirts. Owens is married to Parler CEO George Farmer.”In a world where conservative opinions are considered to be controversial we have to make sure we have the right to freely express ourselves,” said West in the official Parler acquisition statement in October.”This deal will change the world, and change the way the world thinks about free speech,” Farmer said at the time.Back in 2021, Parler’s app was removed from Apple’s App Store and Google Play due to violations of both platform’s content moderation policies related to violent rhetoric. Parler was eventually allowed back on both platforms with a more stringent policy surrounding content on its app.While it’s unclear what exactly caused the two parties to walk away from the deal last month, it does appear like West’s interview on InfoWars spurred the hasty statement from Parler.