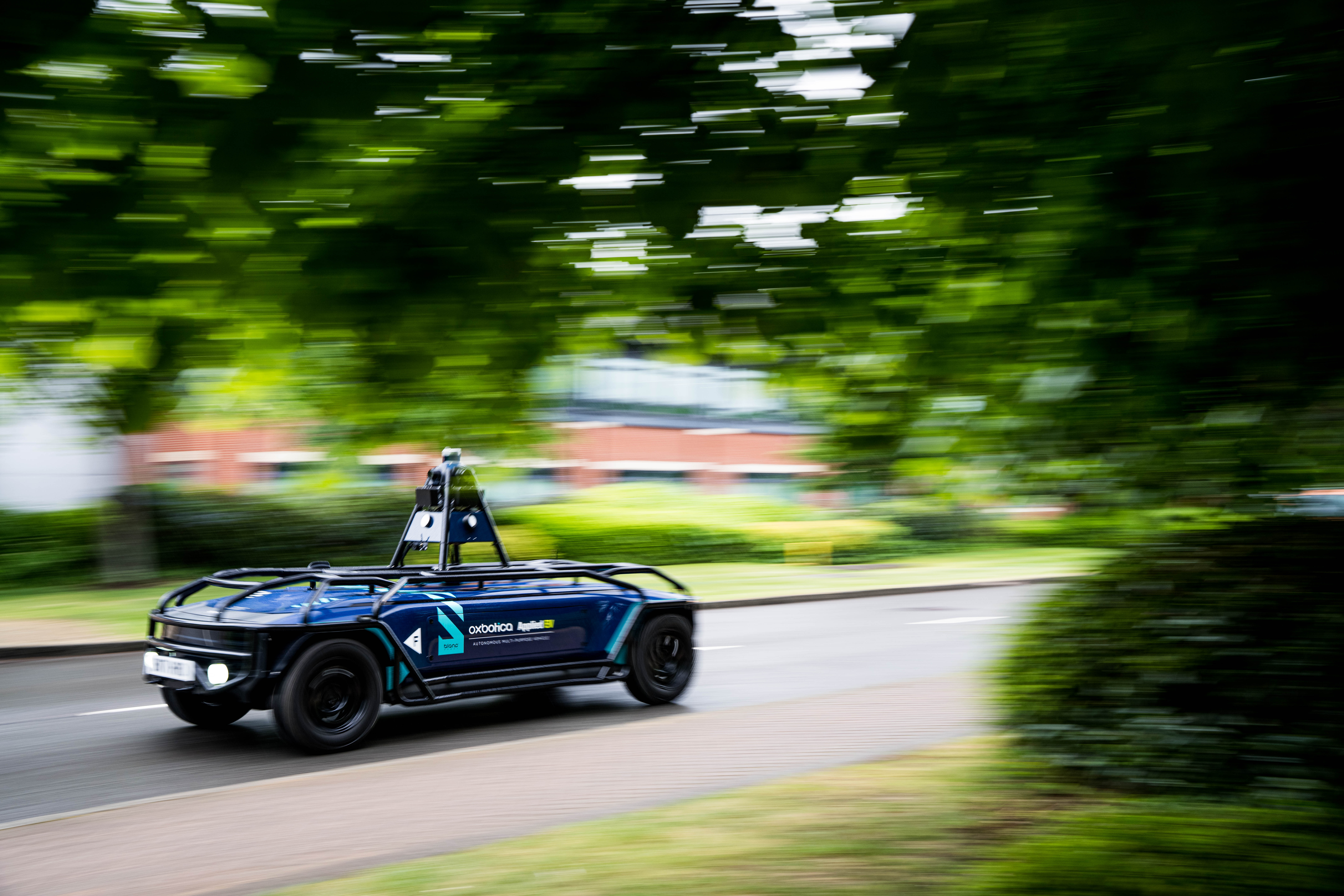 The size of the round is big by any terms, bull or bear market, but it’s a signal of how AI startups especially continue to fare well at the moment, and of what kinds of companies are working with, and looking to back, startups breaking new ground in the space of autonomous driving. The basic model for Oxbotica — eight years old and based out of Oxford, England — is B2B: it sells and customizes its autonomous software, which it dubs “Universal Autonomy”, for a range of enterprise customers. Its premise is that its flexible technology can power whatever it is that a customer needs: navigation, perception, user interfaces, fleet management or other features needed to run self-driving vehicles in multiple environments, regardless of the hardware being used, and in integration with whatever other software its customers are using. Underscoring its traction with that premise, this latest funding is coming from a mix of investors that include some of those strategic backers and customers. Japan’s Aioi Nissay Dowa Insurance Co., Ltd and ENEOS Innovation Partners, the corporate VC of the mining conglomerate Eneos, are among its new investors; previous backers in this round include BGF, safety equipment group Halma, hospitality and recreation investor Hostplus, climate fund Kiko Ventures (IP Group), the online shopping company Ocado Group, internet giant Tencent, Venture Science and automotive component maker ZF, several of which also invested in its last round, a Series B in January 2021 of $47 million. This round brings the total raised by Oxbotica to $225 million. The startup is not disclosing its valuation, but Paul Newman, the company’s CTO and co-founder, noted that the fact that it was one of the autonomous startups that’s raising big right now, and the current appetite for artificial intelligence startups that are building applications around their innovations, have contributed to a healthy number. “You should take it to be in a space that investors are valuing greatly,” he said. At a moment when businesses, consumers, investors and startups themselves are re-assessing things like self driving technology through more pragmatic and less rose-tinted lenses, asking questions about unit economics and commercial and technical viability, Oxbotica, he said, has emerged as a leader in “the application of autonomy where the world needs it.” That translated also into much shorter conversations with investors, the kind that are generally not happening across other sectors in tech. “It didn’t take that much time at all to show you can solve what is really needed versus what is not a problem at all,” CEO Gavin Jackson added. “It was a distinction investors understood quickly in the first 30 seconds of us talking to them.” Indeed, while some of the more ambitious efforts around self-driving vehicles for consumers have been shelved or faced some tragic mishaps; it’s emerged that campus-style, closed environments where it’s either more dangerous and/or less efficient to employ humans to navigate vehicles have shaped up to be some of the most popular use cases for it and others building autonomous systems. In addition to the industries of its strategic investors, other use cases where Oxbotica is building services include agriculture, airports, energy and shared passenger transportation. All of this is not to say that things are perfect. Some (and perhaps all) of its actual commercial deployments appear to be quite medium-long term. One of its big milestones from this year was in May 2022, when it ran Europe’s first zero-occupancy trial (note the word trial) on a publicly accessible road. It also worked on “metaverse-based testing” and forged alliances with insurance companies. Newman admits what he described in our interview as “sticking points” that still need addressing in the very complex world of building autonomous vehicles and systems. “It’s exhilarating when we can connect fleet management to our operating system,” he told me. In its favor, once something is solved, it’s solved for everyone. A mining company’s need to integrate Oxbotica with its system to dispatch drivers into mines is the same that Ocado will have for connecting its delivery vehicles. The amount that it has proven, meanwhile, has convinced customers and backers that it’s not a matter of “if” anymore, but when this comes to fruition. “Oxbotica really sets itself apart from its competitors thanks to its ambitious vision to unlock Universal Autonomy,” said Mitsuru Yamaguchi, senior managing executive officer at Aioi Nissay Dowa Insurance Co., Ltd, in a statement. “We are excited to combine Oxbotica’s world-class AI and robotic techniques with our own pioneering expertise in the telematics insurance arena. This will leave us well placed to develop innovative insurance products and services which will create a safer, greener and more secure society for everyone.” “We are excited to grow our investment in Oxbotica, which has become a global leader in autonomous vehicle software,” added Erin Hallock, managing partner at bp ventures. “Our sustained support is a great example of bp ventures’ continued investment in game-changing technology companies. By leveraging automation and digital technology we believe the team can improve safety and increase efficiency across a wide range of vehicles, and support bp’s ambition to accelerate the global revolution in mobility.” Oxbotica raises $140M more as its B2B autonomous vehicle platform gains ground by Ingrid Lunden originally published on TechCrunch