Oneleaf is self-hypnosis app that guides you through audio programs 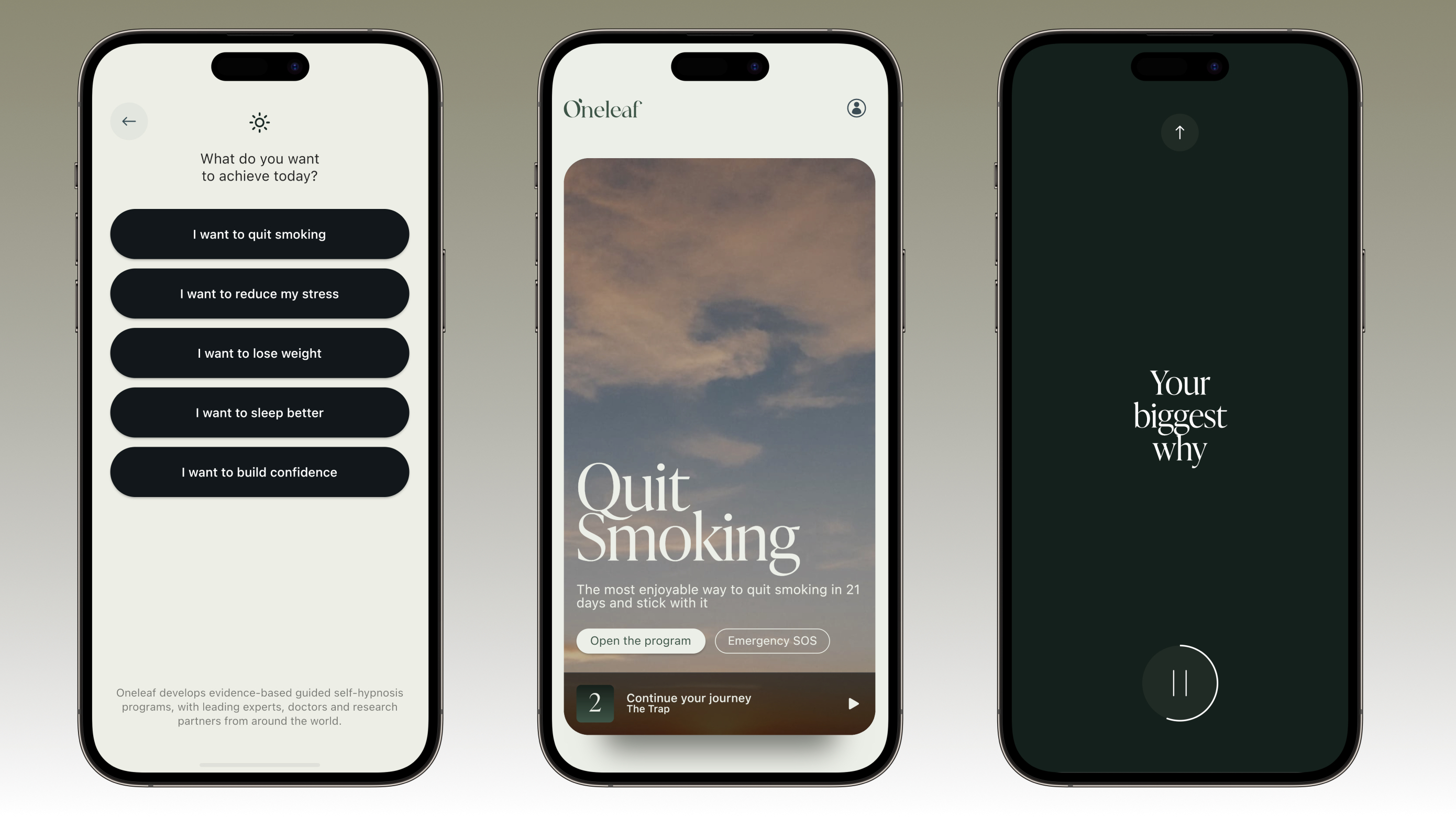 Oneleaf raised $4.6 million (€4.2 million) from Frst, Kima Ventures, Raise Ventures and several business angels. Bpifrance also contributed hundreds of thousands of dollars on top of that through equity-free financing. “How to quit smoking was a topic that really mattered to me. I discovered a whole new world, and that’s hypnosis,” founder and CEO Eliott Cohen-Skalli told me. “And the digital experience is better than the physical one. Hypnosis is a state of relaxation and focus at the same time.” According to Cohen-Skalli, the reason why it’s easier to practice self-hypnosis at home is that you’re in a peaceful and familiar environment. You’re not in someone’s office sitting next to a stranger. There is also a reason why an app might perform well in the hypnosis industry. Real-life hypnosis sessions can be quite expensive, especially in the U.S. Oneleaf has written a handful of 21-day programs that will help you with smoking, weight management or poor sleep. The company has worked with hypnosis professionals to design those sessions, such as Laurent Taton, Emily Balcetis and Judith Prochaska. The startup then recorded these sessions and added some binaural beats for background music. The result is an audio-only experience that you can start whenever you want from your phone. Each session lasts 20 to 30 minutes. Like meditation or fitness apps, Oneleaf is betting on subscription revenue. Users can pay $68 to access Oneleaf’s content library. There are also in-app purchases that let you unlock a program in particular. The app has been around for a few weeks already and feedback has been good so far. The company now hopes it can generate 10,000 downloads per month as quickly as possible. When it comes to the distribution strategy, the company will generate some downloads via ads, attract web users with content that is optimized for popular keywords, and sign partnerships with some influencers. At the end of 2023, Oneleaf hopes that it can also convince companies to pay for its product so that it can be part of the benefits package. A lot of companies pay for employee assistance programs and various subscription products. Adding Oneleaf to this lineup of apps and services makes sense and could create an interesting second revenue stream for the startup. But first, it’s going to be interesting to see if Oneleaf manages to build a loyal user base with its consumer product in the coming months. Eliott-38 Oneleaf is self-hypnosis app that guides you through audio programs by Romain Dillet originally published on TechCrunch