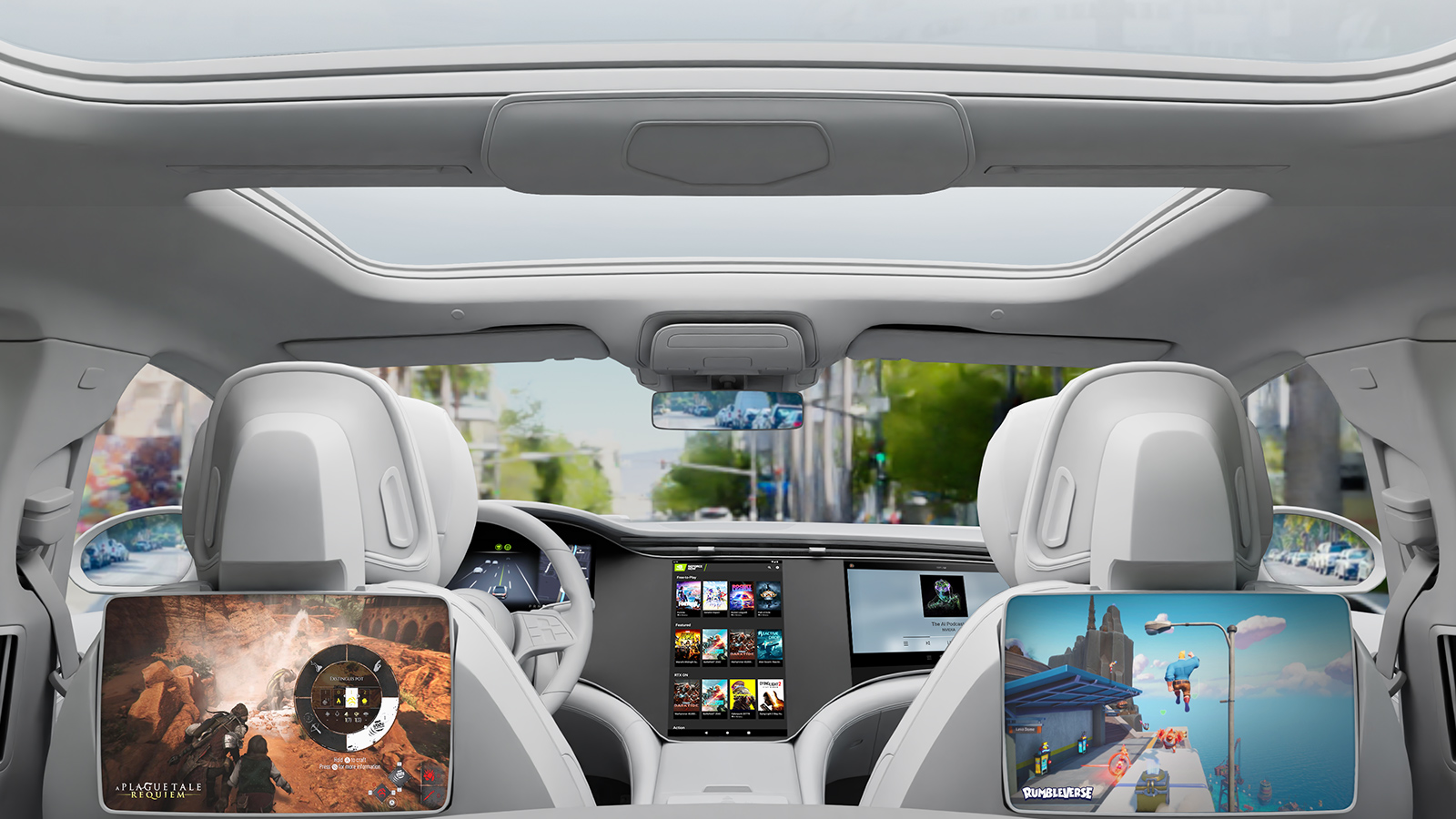 Nvidia’s in-car games offering comes as automakers sink more resources into so-called “software-defined vehicles,” in hopes of finding new sources of revenue beyond building, selling and financing cars, trucks and SUVs. While Tesla was the first to pioneer in-car gaming and recently added Steam games to its vehicles, other automakers have picked up the pace. A number of automakers, including Stellantis, announced at CES last year plans to add Amazon Fire TV streaming into upcoming vehicles. In October, BMW partnered with AirConsole to bring games to its BMW 7 series EVs this year. One can see the appeal of integrating such entertainment with newer vehicles, particularly for electric vehicles. Have to wait 30 minutes to charge your car? Put your feet up and stream some Wheel of Time. Got hyper kids in the back of a long car ride? Distract them with Cyberpunk 2077 or The Witcher 3: Wild Hunt. Automakers and suppliers may also be looking towards to a future when driving tasks become more automated. Danny Shapiro, Nvidia’s VP of automotive, told TechCrunch customers could stream games into stationary vehicles that are connected to WiFi or even cars in motion if there’s a high bandwidth connection. To make this happen, Nvidia leverages its large network of servers and partner networks around the world to enable game-playing in the cloud. Games are essentially being played on a server in one of Nvidia’s data centers and then streamed to someone’s device. “It’s like Netflix but interactive,” Shapiro said in a recent interview. “It’s not just buffering content and sending it down. Somebody would have a gaming controller, and those button clicks are transmitted to the server. The game is played, rendered and then streamed back to the device. So there’s a lot of technology we’ve developed to basically reduce the latency and enable somebody to play a game in the cloud with the exact same experience as they would expect on their PC or running on their local TV.” Hyundai, BYD and Polestar all rely on Nvidia’s Drive platform for infotainment and autonomous vehicle development, but GeForce Now is hardware agnostic, said Shapiro. GeForce Now features more than 1,000 titles from leading PC game stores like Steam, the Electronic Arts app, Ubisoft, Epic Games Store and GOG.com, as well as free-to-play games like Fortnite, Lost Ark and Destiny 2, according to Nvidia.