Nowatch is a health-focused smartwatch without the watch part 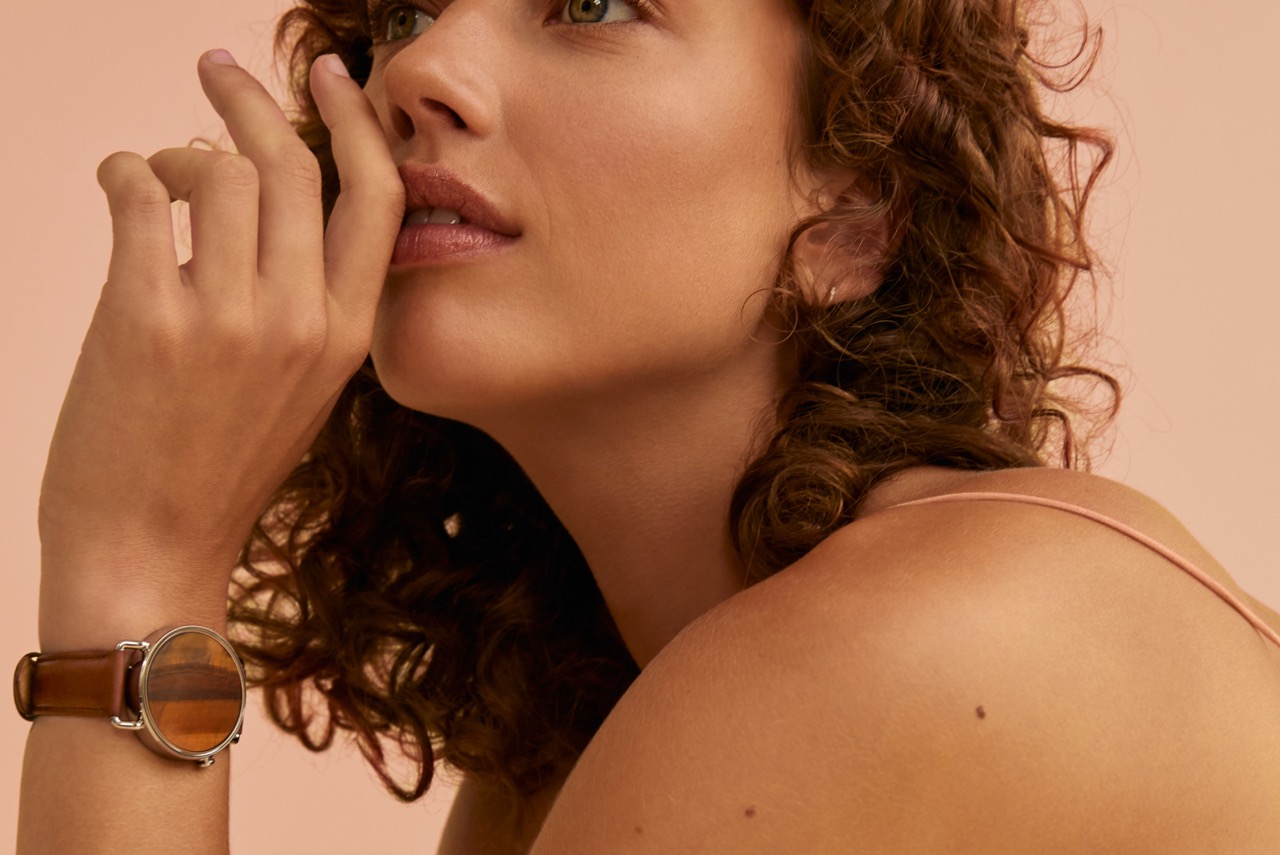 The company likes to refer to itself as an ‘awareable,’ reflecting its mission to push back against overstimulation, anxiety, and stress. The inspiration for the company stemmed from the company’s CEO and co-founder’s Hylke Muntinga’s streak of bad luck, along with diagnosis with a rare genetic condition. “Five years ago, I lost six of my dear friends in one year. In those moments, you realize that life and death are so close together. Then two and a half years ago, I found out that I’m going blind through an a rare disease called PXE. That was a wake-up call not to get lost in distractions. I have to live right now,” said Muntinga in an interview with TechCrunch at CES in Las Vegas. 20230103-IMG_2404 From there, the company created Nowatch. The device has no screen, and instead uses cool-looking, jewelry-style, ethically-sourced gemstone faces. On the inside, the not-watch has advanced health-tracking technology that quietly does its thing as the wearer goes about their day. The device includes Philips EDA (Electrodermal Activity) Biosensing Technology, which measures changes in sweat gland activity via skin conductance. The biosensing technology sends a small, non-harmful current to the skin and measures the change in electrical conductance between two points over time on the skin. “We actually decided not to put the option to see the time in the wearable: That only adds more distractions. Nowatch is for everybody that actually wants to embrace science and technology, and who prefers to wear something that is beautiful, and sustainable. Watches have always been jewelry, showing ‘hey, this is who I am.’ We experience that a lot of people are drawn to us by the aesthetics,” Muntinga explained. The wearable is able to estimate the level of stress, and send subtle vibrations to the wearer to help them become aware of their stressors and emotional outputs. Nowatch learns the wearer’s biorhythms and aims to measure and remind. The watch also uses its measurements to estimate ‘cognitive zones’ – i.e., how clearly you’re able to think, mood, and their ‘stress fingerprint’. “We have a way to predict stress an hour in advance. We trying to see how extreme stress relates to your habits, and are working to help people change their habits or certain things that influence their habits over time,” Muntinga says. Interacting with the readings of the watch is done through an iOS or Android app, which can display the user’s physiology in real-time, and offer suggestions and actionable insights for a more balanced life. The sensors include Red and green PPG (photoplethysmography), EDA, an accelerometer, temperature sensors and a barometer. The Nowatch battery can last up to four days (depending on use), and the MSRP starts at $500. It will be available from next week. More gemstones can be bought separately, including White Agate, Tigers Eye, Rose Quartz, Malachite, Lapis Lazuli, Labradorite, Falcon Eye, and Amethysts. Prices range from $25 to several hundred dollars, depending on the stone, and the team tells us it may have some special collaborations up its sleeves. “We’re working with some artists and jewelry makers. They are in the process of making limited editions of the Nowatch, including using moonstone and meteorites. People said ‘I want to have something totally different,’ And it’s such a popular demand,” says Muntinga. “We’re excited to see what artists we can work with to make new collaborations.” The Nowatch team provided a video that shows off the tech and some of the available options: ces-2023-banner-13 Nowatch is a health-focused smartwatch without the watch part by Haje Jan Kamps originally published on TechCrunch