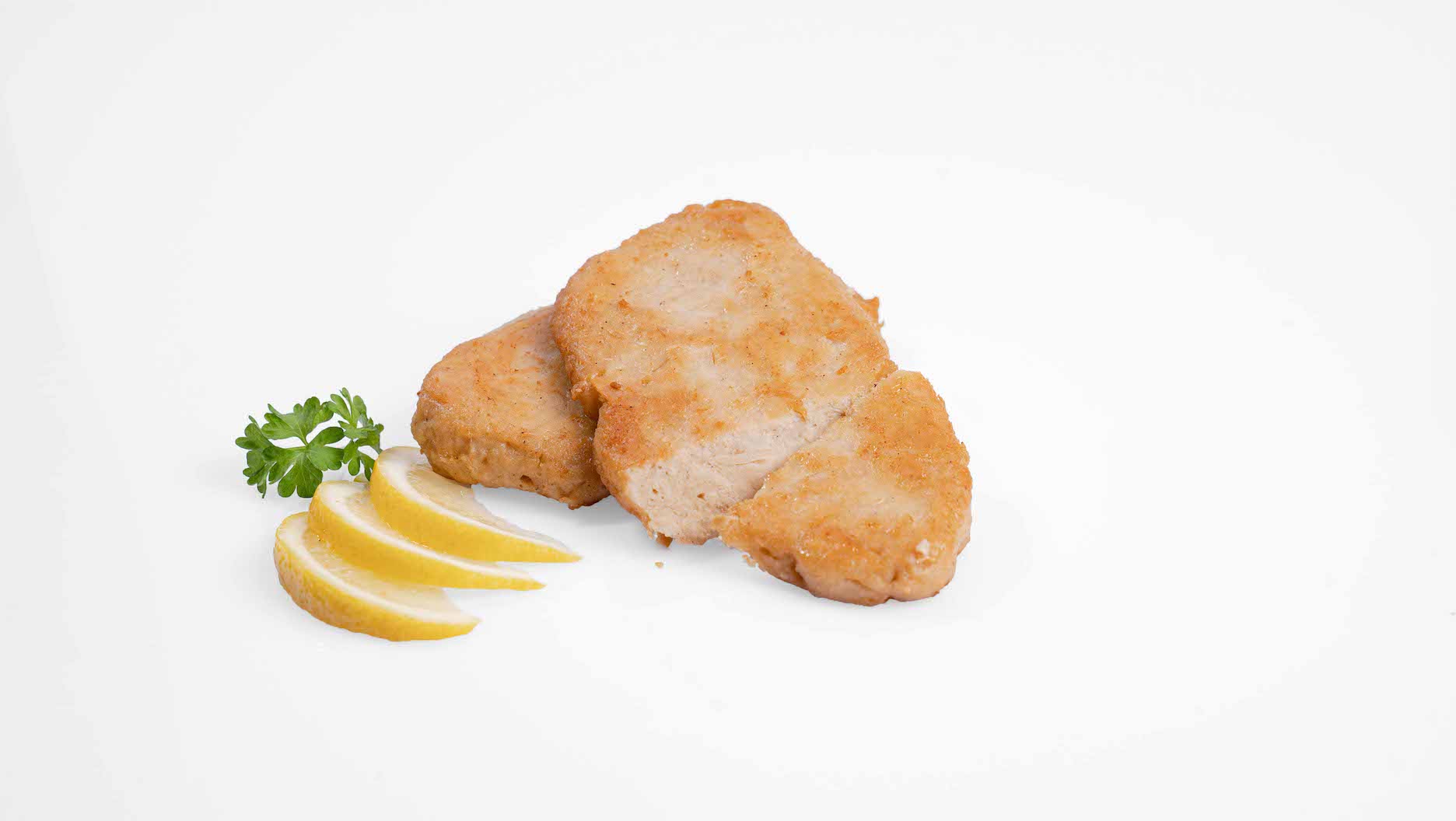 The Canada-based company, which produces alternative proteins for third-party customers, took in $42 million in new Series B capital to build a bigger manufacturing facility in the U.S. No Meat Factory has now raised $60 million to date. New investor Tengelmann Growth Partners led the round and was joined by existing investor Emil Capital Partners, who initially invested in No Meat Factory when Dieter Thiem and Leon Bell initially co-founded the company in 2019. Both Bell and Thiem have plant-based food production backgrounds, and Thiem was even a master butcher in Germany. Their goal is to expand their production footprint in North America. No Meat Factory’s current 30,000-square-foot manufacturing facility in British Columbia produces meat alternative products, like nuggets, hamburgers and whole-muscle cuts, Bell told TechCrunch. The new capital would enable a second facility to be built in the Pacific Northwest that, at 200,000 square feet, would make similar products as well as add capability to make sausages, hot dogs and deli-sliced meat alternatives. The new facility is expected to go online toward the end of 2023, he added. No Meat Factory began working with clients in September of 2020 and is bringing in revenue; however, Thiem and Bell declined to provide specifics on year-over-year traction other than to say there has been “consistent growth.” The world remains in a food crisis, but the jury is still out if meat alternatives will fill that gap and gain mainstream popularity. Many companies are working on it, with Project Eaden being one of the more recent to attract venture capital for its plant-based steak alternative. And, with more consumers making healthier and more sustainable food choices, additional industrial-scale manufacturing capabilities are likely to help increase the output as demand for plant-based products grows. Other companies are also working to add capacity to the industry. For example, both Planetary and Prolific Machines raised capital in 2022 to build production facilities. No Meat Factory’s investors agree that additional capacity is needed for this industry. “As more brands understand the need to provide customers with delicious plant-based alternatives, companies like No Meat Factory are poised to experience rapid growth and increasing demand for its manufacturing capabilities,” added Daniel Bentrup, investment partner at Tengelmann Growth Partners, in a statement. More manufacturing capabilities should also assist in narrowing the gap between the cost of producing plant-based meat and animal-based meat. Though traditional meat prices rose significantly during the global pandemic, a Good Food Institute report looked at average retail prices from 2019 and found that the cost for plant-based meat was double that of beef, with it being two or three times the cost of chicken and pork. Meanwhile, with increased demand for meat alternatives on the horizon, Bell said the company will work on expanding its customer base and adding to its 40-person workforce. “Working with brand owners on the additional capacity coming unlocks some opportunity for us that we can pursue,” he added. “We will also focus more on a private label strategy as well, for example, offer our products and our ideas to some of these private label manufacturers. With our phase one site, we were limited given the size of some of the private label opportunities in the market.” No Meat Factory eats up new capital to build bigger protein production plant in U.S. by Christine Hall originally published on TechCrunch