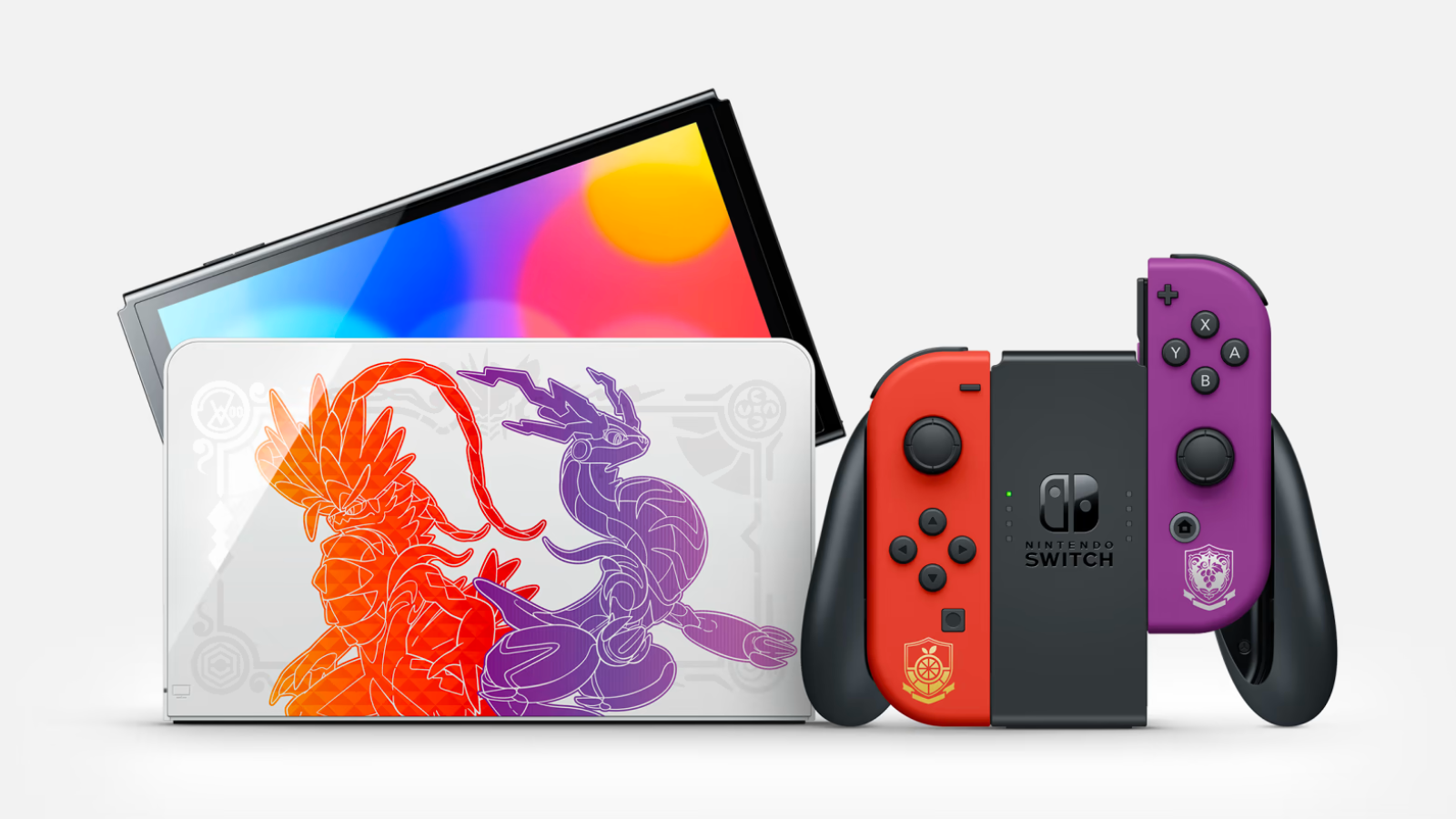 Inspired by Pokémon Scarlet and Pokémon Violet, two new open-world RPGs that will launch on Nov. 18, the console’s dock comes decked out with images of a Poké Ball and the two games’ respective stars: the Legendary Pokémon Koraidon and Miraidon. Per the last Pokémon Presents stream, players will be able to ride these massive antennaed dragons like motorcycles and form biker gangs with up to three other friends. (Vroom vroom!) The back of the system itself features special illustrations of Sprigatito, Fuecoco, and Quaxly, your three starter options for the games, as well as symbols from elsewhere in the Pokémon series. The two Joy-Cons that come with it sport the emblems of Naranja and Uva Academies, the two schools players can attend.Note that the Scarlet and Violet games themselves are sold separately from the special-edition console. You’ve got the option of buying them for $59.99 apiece or as part of a $119.99 double pack, which includes a download code for 200 bonus Poké Balls.images-1.fit_lim.size_256x-42