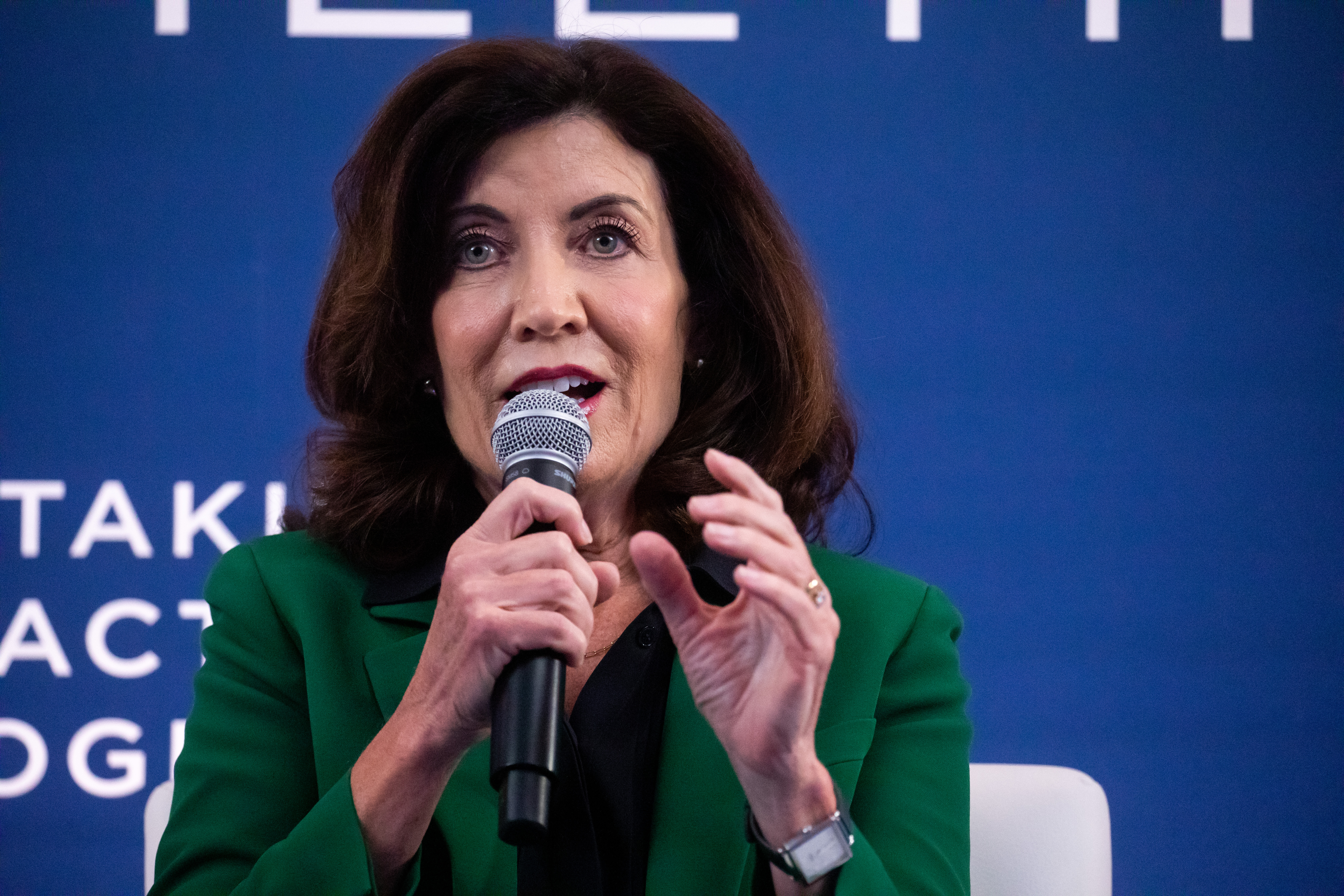 “By revving up our clean transportation transition and making major investments to make EVs more accessible, we’re supercharging our fight against climate change,” Hochul tweeted. To reach the 2035 goal, Hochul said 35% of new cars will need to be zero-emission by 2026 and 68% by 2030. New school buses have until 2027 to meet these standards, with the entire fleets required to be zero-emissions by 2035, according to Hochul. The new legislation, which will require new cars to be either electric or hydrogen, comes a month after California’s Air Resources board voted to also phase out the sale of new gas-powered cars in the state. New York is the second state to make such a mandate, and signals that others will soon follow. “We had to wait for California to take a step because there’s some federal requirements that California had to go first — that’s the only time we’re letting them go first,” the governor said in a press conference Thursday, according to The Hill. Per the 1970 Clean Air Act, California was authorized by Congress to set its own emissions standards for vehicles. Other states are allowed to adopt California’s policies, but they can’t implement their own standards. As a result, California has to lead the way for any state-led enforcements of stricter emissions rules. The governor also announced Thursday a $10 million investment in the state’s Drive Clean Rebate Program. The program offers New Yorkers a rebate of up to $2,000 for the purchase of over 60 electric car models that, coupled with a federal tax rebate of $7,500, could make the switch to electric significantly more affordable. The state has already issued almost 80,000 rebates and spent more than $92 million on the program, the governor said. “Adopting this program sends a loud and clear message to carmakers that New Yorkers want electric vehicles,” said Leah Meredith, principal at Advanced Energy Economy, a trade association. “With electric vehicles in high demand but currently in short supply, carmakers are prioritizing the states that speak up, and the Governor’s announcement helps ensure that New Yorkers will have the full range of electric vehicle models to choose from. And by increasing the number of new electric vehicles in New York, this program will also quicken the development of a robust market for used electric vehicles.” Last week, the New York Power Authority announced its 100th high-speed charger installation in the EVolve NY statewide EV charging network. These charging stations can be found along major travel corridors, like from Buffalo to Albany or from the Adirondacks to Long Island. EVolve NY has committed up to $250 million through 2025 to expand its network of chargers. New York State will also get $175 million from the infrastructure bill’s $5 billion total allocation for EV charging networks across the country, according to Hochul. The governor said the expansion of widely available charging infrastructure will help increase the sale of EVs in the state. New York follows California mandating zero-emissions vehicles by 2035 by Rebecca Bellan originally published on TechCrunch