New iPads have arrived: Here’s how to pre-order 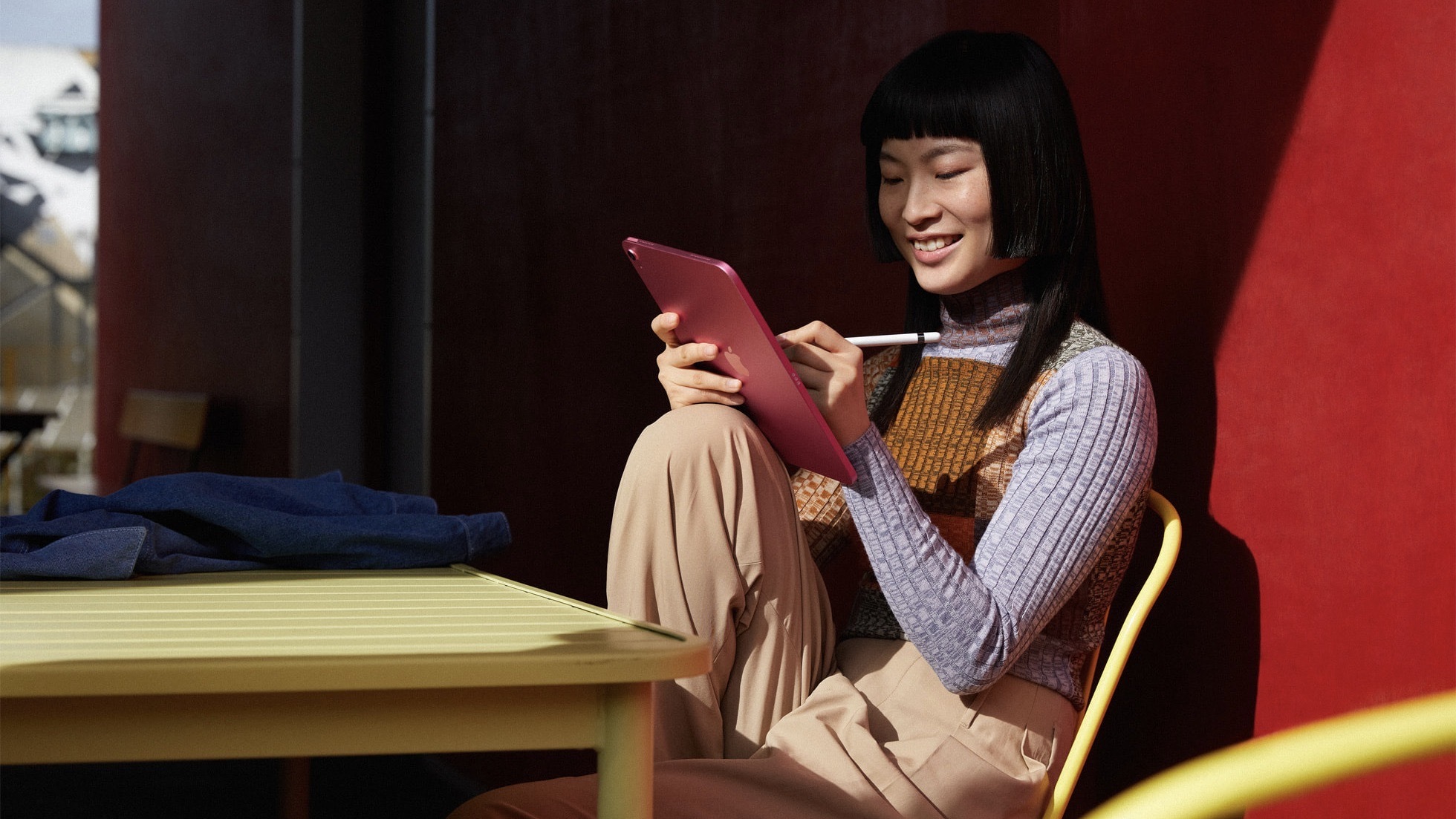 The Apple store briefly went down yesterday, which means that yes, the fruit brand has dropped some new iPads. And Amazon, Best Buy, and Apple have them up for pre-order ahead of their Oct. 26 release.The first drop: the tenth generation iPad. Coming on to the scene just over a year after the ninth gen, the latest iPad brings a major (and much needed) redesign. Finally, the home button is gone, the thick bezels are gone, the edges are flat, and we have four different colorways and a larger 10.9-inch screen, offering a look much more reminiscent of the iPad Air. (Unfortunately, the headphone jack is also gone). images-1.fill_.size_2000x1098.v1666191602 The upgrades aren’t just aesthetic. The iPad comes with a new A14 Bionic chip, which according to Apple offers a 20% boost in processing speed. The front facing camera is now also located on the landscape edge, which is huge for anyone who’s ever FaceTimed on an iPad and has not actually wanted to be weirdly looking off to the side. Like the Air, TouchID is located on the lock button and it comes with a USB-C charging port.All of this does come at a noticeable price increase, with the 64GB iPad starting at $449, as compared to the previous gen’s $329 (the ninth gen is extra affordable and on sale for $269 at the time of writing, btw). For those looking for a tablet more likely to replace their laptop, Apple also announced a new 11-inch and 12.9-inch iPad Pros, which start at 128GB of storage space and come loaded with an M2 chip. That’s the same processor found on the new MacBook Pro and Air released this past summer. Having this much power makes tasks like high graphic gaming and large-scale video and photo editing most suited to this tablet. On the design front, the Pro looks pretty much the same as a previous generations. Other new features include ProRes video capture and the Apple Pencil “Hover” capability, which detects the pencil 12 mm away from the screen and allows for previewing any marks. Having a tablet that resembles a laptop also brings the price range up to laptop levels — the 11-inch iPad Pro starts at $799 and then 12.9-inch at $1,099. Both the iPad and iPad Pro will come with iPadOS 16.1, and again, will be available Wednesday, Oct. 26. images-2.fit_lim.size_256x-2 images-4.fit_lim.size_256x-2 images-5.fit_lim.size_256x-3