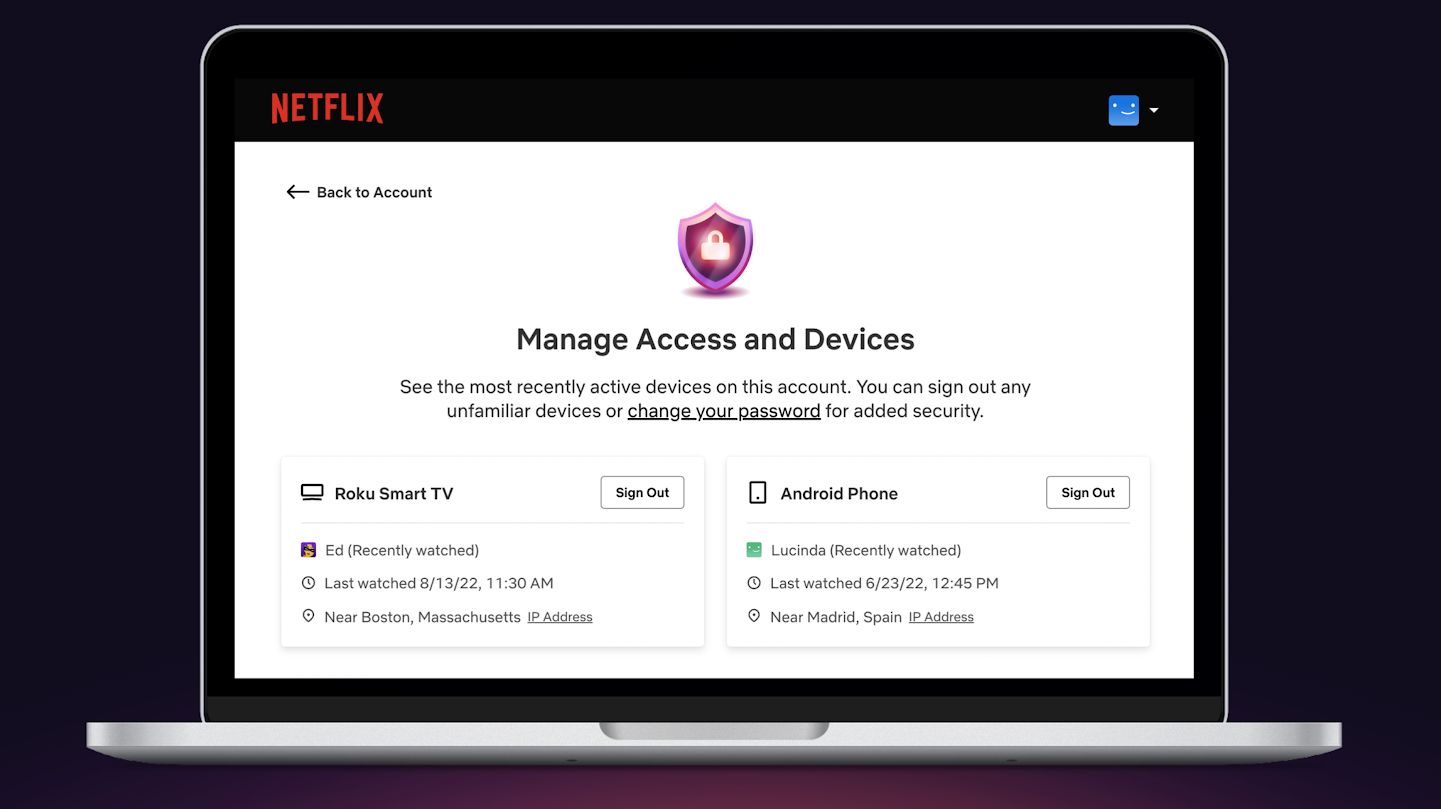 The addition could help Netflix push more freeloaders to become subscribers as they’re kicked off the service, where they may have been logging in without the account holder’s knowledge. The new feature follows other recent launches also aimed at limiting account-sharing, like Profile Transfer, which arrived amid a broader crackdown as Netflix faced subscriber losses. To remove devices from an account, Netflix subscribers can go to their “Account Settings” and find the “Manage Access and Devices” option which displays the users’ most recent devices, as well as the type of device (Roku Smart TV, Android phone, etc.), the IP address, and the exact time and date when the device last access the subscriber’s Netflix account. After a subscriber selects “Sign Out” on an unfamiliar device, Netflix recommends a password change for extra security, but this is not required. Going forward, account owners will receive new login notifications via email. The feature is available, starting today, to all members worldwide on the web, iOS devices, and Android devices, Netflix says. Being able to manage who accesses a Netflix account will be especially helpful for those subscribed to Netflix’s cheaper plans, “Basic” and “Basic with ads,” which only allow one supported device at a time. (Standard members can simultaneously watch on two supported devices, and premium members can stream on four supported devices, for comparison.) Netflix has been cracking down on password sharing in recent months. During its earnings call with investors last month, Netflix detailed how it would monetize password sharing by launching an “extra members” feature in early 2023. This feature charges account holders an extra fee for sharing outside their household, and was previously tested in Chile, Costa Rica, and Peru. The “Profile Transfer” feature encourages those sharing another subscriber’s account to move to an account of their own while keeping their data intact, including custom recommendations, viewing history, and their watch list. “With the busy holiday season just around the corner, many of our members will be on the move and watching Netflix wherever they are traveling to see family and friends. Logging in to your account while at a hotel or even your friend’s house is easy and intuitive, but lots of people then forget to log out,” wrote Charles Wartemberg, Netflix’s Product Manager for Product Innovation, on the company’s blog. Netflix’s new feature lets subscribers kick devices off their accounts by Lauren Forristal originally published on TechCrunch