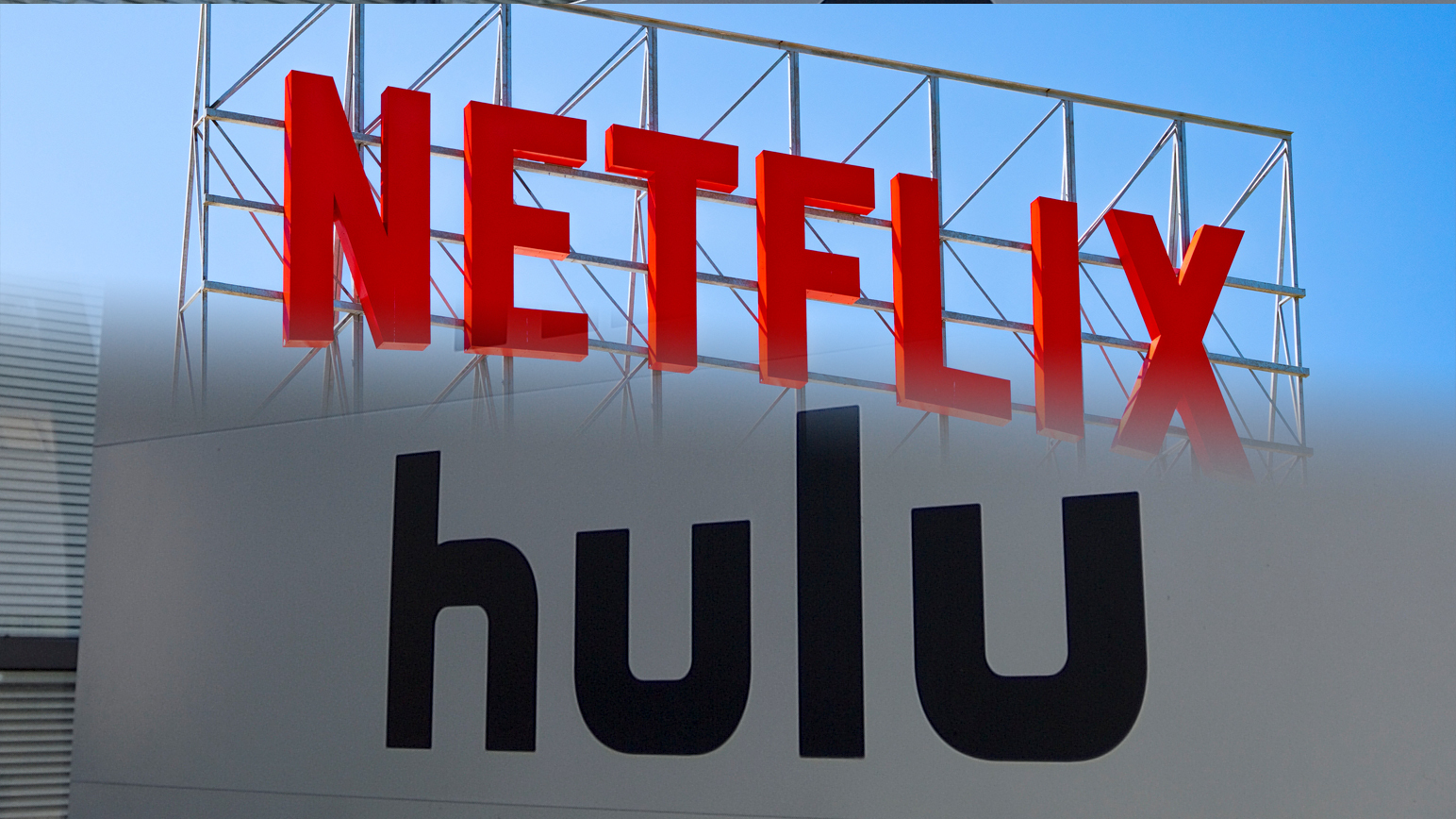 Netflix has always charged more than its competitors– January 2022 was the most recent time it raised its prices. However, now that Netflix launched a cheaper ad-supported tier, it’s possible more consumers will want to switch over to the platform. Price increases aside, there’s a lot to love about both Hulu and Netflix. However, some subscribers may have to make the hard choice of dropping one over the other. Here are our thoughts on Netflix versus Hulu and why we think each streaming service is the best bang for your buck.

Netflix has been in the streaming business for 15 years, so of course, it has a substantial content library, with its original titles being the biggest driver for subscriber growth. From hits like “Wednesday,” “Squid Game,” “Stranger Things,” “Bridgerton” and “Ozark” to big-budget films featuring various A-listers like Ryan Gosling and Chris Evans in “The Gray Man,” the entertainment options are almost endless. Netflix also has distribution rights to the majority of movie studios as well as TV programming like “Good Girls” from NBC, “Shameless” from Showtime and more. Hulu’s original content is nothing to sneeze at, with top titles include “The Handmaid’s Tale,” “Only Murder in the Building,” “The Dropout,” “Nine Perfect Strangers,” “Tell Me Lies” and others. While the streamer has some bingeable originals, the library isn’t nearly as deep as Netflix’s. Missing Attachment Netflix’s binge-streaming model is another major reason subscribers enjoy the service. For most titles, the streaming service uploads an entire season of shows versus rolling one episode out per week like Hulu. In 2022, Netflix won 26 Emmys after being nominated for 105. “Squid Game” made history as the first-ever non-English series to win the Outstanding Drama category. For comparison, Hulu only won 10 Emmys after being nominated 58 times—which was a new record of noms for the streamer. Another way Netflix sets itself apart from Hulu is its selection of interactive series like “Bandersnatch,” “Cat Burglar,” “Trivia Quest” and the latest trivia series, “Triviaverse.” Netflix is also expanding into cinematic franchises, something Hulu has yet to fully accomplish. Netflix confirmed “The Gray Man” sequel and spin-off show as well as a spin-off “Stranger Things” series. The streaming giant also acquired the rights to “Glass Onion: A Knives Out Mystery” and “Knives Out 3” for a reported $450 million. Missing Attachment Plus, the company will make reality TV history with its upcoming competition series “Squid Game: The Challenge,” which will have 456 contestants– the biggest-ever reality TV cast. While we’re on the topic of reality TV, we’d like to add that Netflix has been missing the bar in the category. For instance, the unscripted series “Is It Cake?” received a low audience score of 40% on Rotten Tomatoes. And while the dating show “Love is Blind” was a hit for the service, its show “The Ultimatum: Marry or Move On” had a Rotten Tomatoes audience score of 11%. So, even though Netflix pumps out addicting true crime, dramas, documentaries, and stand-up comedies, the streamer has been scrutinized for its reality TV offering.

Hulu arguably has one of the best reality TV offerings, next to Discovery+. Hulu’s “The Kardashians” and “The D’Amelio Show” have done well for the streamer, and the biggest draw is the large selection of traditional TV shows, which Netflix lacks. Hulu’s vast TV catalog is thanks to ties to ABC, FX, Fox, Food Network, Freeform, TLC, and many other content partnerships. The streaming service did take a serious blow when it lost its licensing agreements for next-day episodes of NBC and Bravo shows; Peacock now owns the exclusive rights to next-day access for those. Hulu was forced to remove on-demand episodes of shows like “Saturday Night Live” and “The Voice.” However, it still has rights to older titles such as “Law & Order SVU,” “Friday Night Lights” and “30 Rock,” among others. Missing Attachment Plus, if you opt for Hulu Live TV, you can get a roster of 75+ live channels like Bravo, Comedy Central, E!, Freeform, Hallmark Channel, Lifetime, MTV, Disney Channel, Nickelodeon, Discovery, History, National Geographic, ESPN, CNN, Fox News, ABC News and more.

Ever since Netflix launched its low-cost ad-supported plan earlier this month, Hulu and other ad-supported streaming services have faced stiffer competition. Netflix’s new “Basic with Ads” plan costs $6.99 per month, which is a little cheaper than Hulu’s $7.99/month ad plan. Netflix also has a Standard plan for $15.50 per month, which is comparable to Hulu’s $14.99/month ad-free plan. Netflix promises roughly 4 to 5 minutes of commercials per hour of content, and ads are only 15 to 30 seconds long. Also, new Netflix movies only get pre-roll ads, whereas older movies get mid-roll ads and pre-roll. Which is on par with Hulu. Netflix’s cheaper plan does come with its downsides — aside from sitting through ads. Not only is there lower quality 720p video, but also viewers can only stream from one device at a time, and offline viewing isn’t available. Hulu’s ad plan doesn’t support offline viewing either, however, it has the option to watch videos up to 1080p, with select content available in 4K. To watch Netflix content in 4K, subscribers must pay $19.99/month for the premium plan. Also, Hulu’s ad plan lets subscribers stream with two devices at a time, whereas Netflix’s “Basic with Ads” only allows one simultaneous device. Most notably, Netflix subscribers don’t have access to approximately 5% to 10% of Netflix’s content catalog due to licensing restrictions. The company noted that it is working on re-negotiating with studios to bring more content to the ad-supported tier. Hulu also has licensing issues with one of its ABC shows—“Grey’s Anatomy”—so, even on the ad-free plan, the show still has ads. Hulu Live TV’s ad-free tier also shows ads with some on-demand titles.

The Disney Bundle, which combines Disney+, ESPN+ and Hulu at a discounted rate, gives your entire household a broad range of entertainment, such as on-demand movies and TV shows, sports programming and original content at a great price. As of late 2022, the bundled plan with ESPN+, Disney+ and Hulu with ads is $14.99 per month, and the Disney bundle with ad-free Hulu, Disney+ and ESPN+ is $19.99 per month.

Hulu’s premium add-on channels are an optional cherry on top. Subscribers have the option to add on premium subscriptions: HBO, Showtime, Cinemax, and STARZ for additional fees ranging from $8.99 to $14.99 per month. If you have Hulu Live TV, you can also get add-ons for as low as $4.99/month. Add-ons include Español channels, Entertainment and Sports. Hulu Live TV subscribers can also pay an additional $9.99/month to stream on an unlimited number of supported devices at the same time. Netflix doesn’t offer add-ons.

And the Winner is…

That’s up for you to decide. If you value a large, unique content library and prefer having the option to stream every episode of your favorite show in one weekend, Netflix is your winner. If you value having access to a variety of traditional TV shows, especially reality TV programming, and bundling or including additional subscription services to your plan, then Hulu is for you. Which one will you choose– Netflix or Hulu? Netflix vs. Hulu: Which offers better value? by Lauren Forristal originally published on TechCrunch