Netflix refreshes its iPhone app with a more fluid design 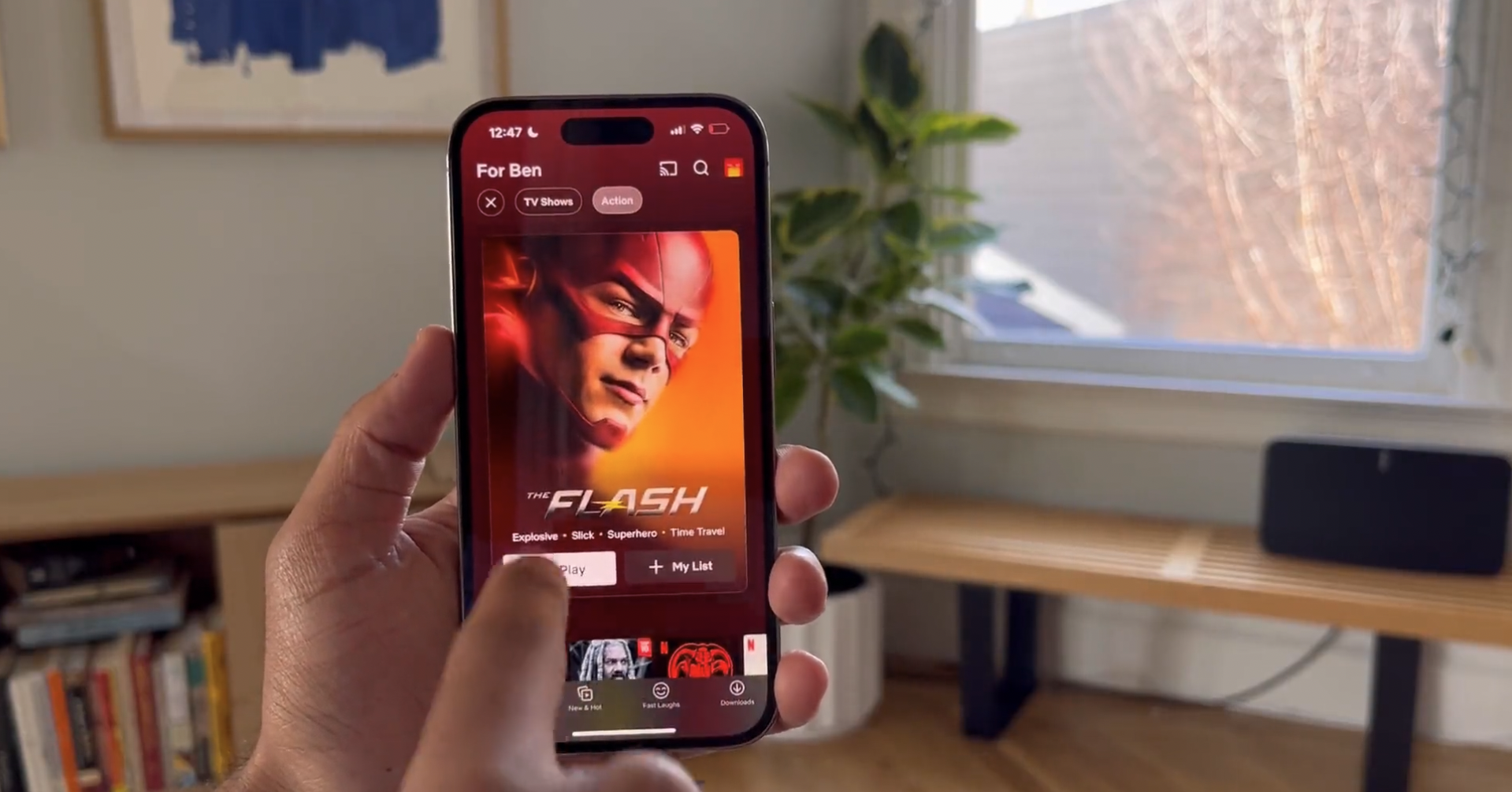 Former Netflix product designer Janum Trivedi tweeted about the update alongside a video that shows the new version of the app. Trivedi wanted the app to “feel more fluid, delightful, and polished,” he wrote. 2764 When iPhone users open the Netflix app, they’ll see a large card of a movie or TV series taking up most of the screen. This billboard layout is done to promote a suggested title that’s available on the streaming service. What’s interesting about the update is that the card now uses the parallax effect, which is when the wallpaper moves or shifts slightly when a iPhone user tilts the device back and forth. Also, the title cards are now surrounded by a colored border, which is the main color in the movie/TV artwork. It also appears that the “Info” tab at the bottom of the card has been removed. Instead, users can simply click on the card, which will bring them to a separate page with information about the show or film. Previously, the card transition was less fluid on the app. When a title was selected, the info section would simply slide up. The new card transition shows the card grow bigger and then the information opens into a full-screen version. Another interesting update is the profile screen animation. Rather than the classic side-sliding action that occurred when a user switched profiles in the old app, users will see the profile icon grow large as it jumps to the center, then shrink to its normal size and bounce to the top right corner of the page. Netflix subscribers will likely enjoy the iPhone app refresh as navigation feels more fun and interactive. Netflix refreshes its iPhone app with a more fluid design by Lauren Forristal originally published on TechCrunch