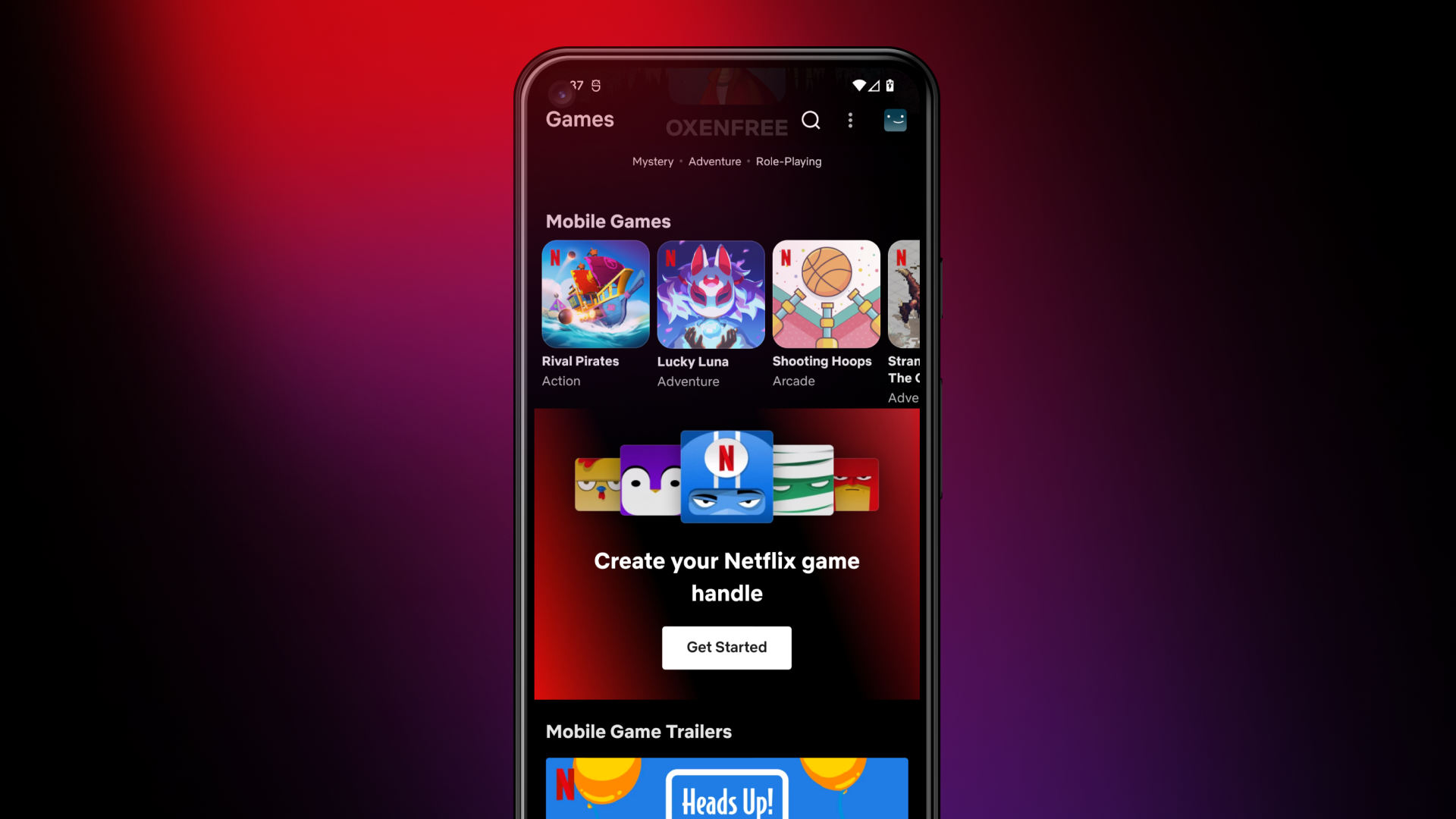 The game handles allow Netflix subscribers to create a unique username that can be used across Netflix’s games, including multiplayer titles like Rival Pirates, where the handles could help identify players, or in other games which include leaderboards like Dominoes Café and Lucky Luna, for example. Netflix also notes game handles will help players to discover other gamers, make friends and play with each other. Missing Attachment These social features were also spotted in development recently, as references in the mobile app’s code suggested the company was working on ways users could invite one another to play games, show when they’re online with a status, and more. At the time, however, Netflix didn’t comment on the developments, saying only that it was “exploring different features to enrich the Netflix mobile games experience.” To use the new game handles feature, Netflix users will first need to download the mobile games onto their device and then sign in with their Netflix credentials. On iOS, the games Rival Pirates and Lucky Luna will allow you to select your in-game handle upon launch. On Android, the experience is easier as you can simply navigate to the Games tab within the Netflix app and tap on the banner that says “Create your Netflix game handle.” By using game handles, Netflix members can play games and find friends without having to reveal their personal information, like their Netflix account name or real name. But it also sets the stage for more robust gaming experiences in the future, where game handles could be essential to gameplay or could allow for other ways of interacting with fellow gamers. Netflix suggests that there’s still more in store on this front, today saying that “this feature is only the beginning in building a tailored game experience for our members around the world,” in its announcement. Netflix launches game handles for users of its iOS and Android mobile games by Sarah Perez originally published on TechCrunch