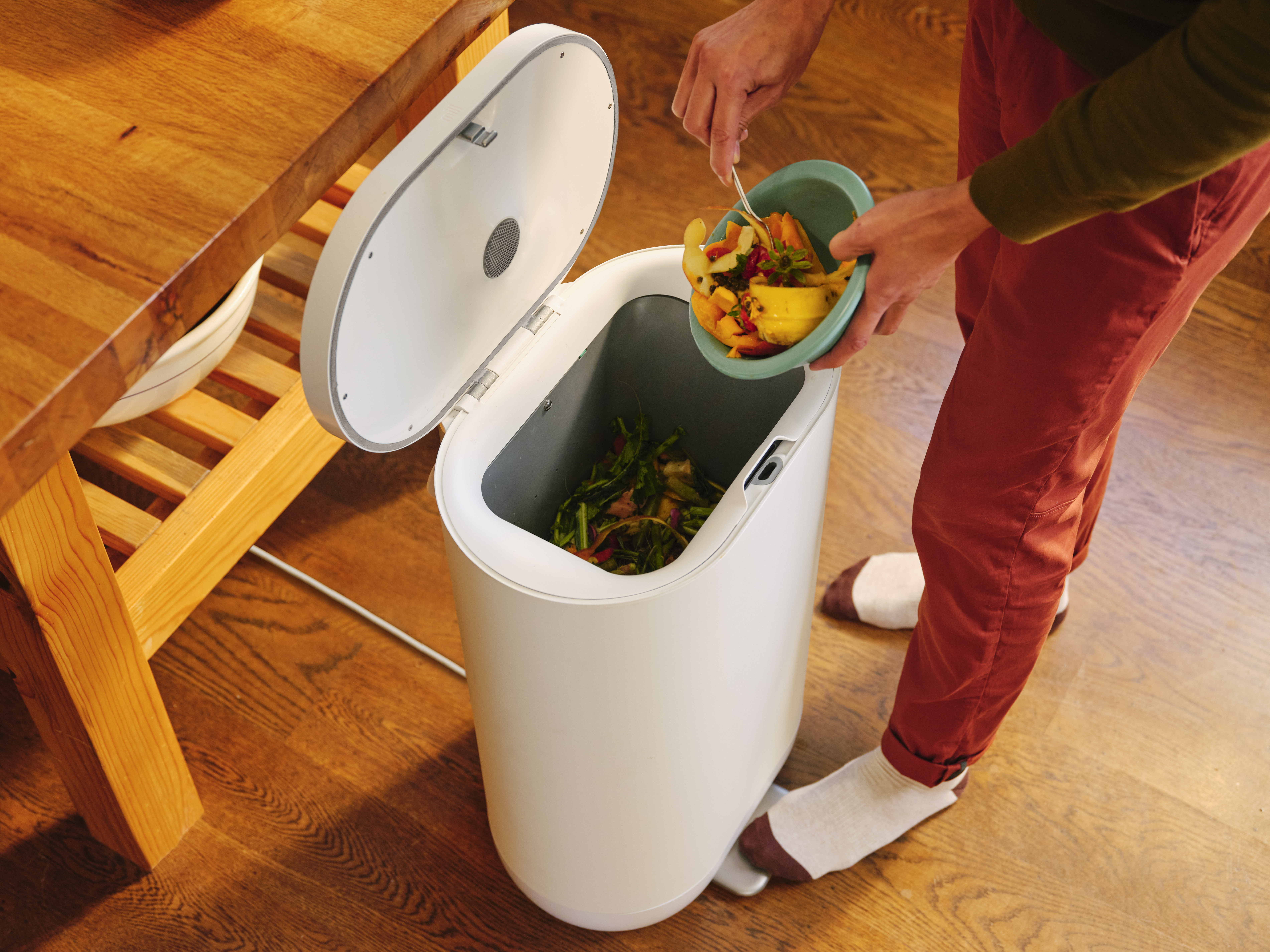 Matt Rogers, who co-founded Nest with Tony Fadell back in 2010, was talking about his new startup, and he thinks it’ll be big. He’s probably right, but it’s also trash, in a way. Today, Rogers, co-founder Harry Tannenbaum and the rest of the team at Mill Industries are launching their first product. At first glance, it doesn’t look like much, maybe a sleek trash can. That’s not an unfair assessment, but the Mill bin is a lot more than just a receptacle. Mill’s kitchen bin gobbles up food scraps, dries them out and grinds them to bits overnight. It also neutralizes odors with a charcoal filter. When the bin is full, Mill automatically mails a box to return the waste back to the company, where it’s cleaned, sifted, pasteurized and bagged to be sold as chicken feed to farmers. The goal is to eliminate the climate impact of food waste. “This feels like the most tractable of all climate problems,” Rogers said. “We don’t need to invent nuclear fusion. We don’t need to figure out how to build a low weight aviation fuel. It’s just like, don’t put food in the trash.”