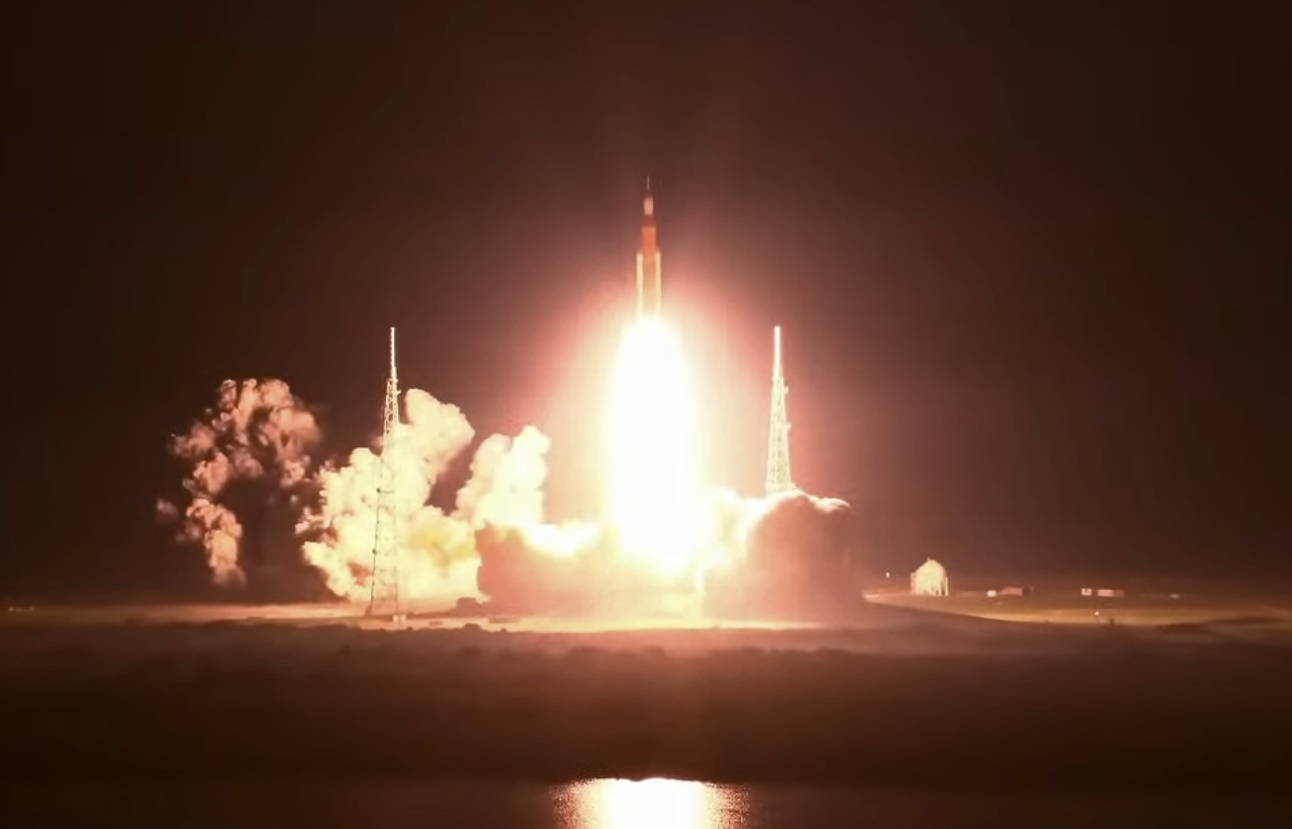 Some pre-launch jitters threatened to scrub the launch, but a “red crew” went out to the hot pad to tighten something, and a bad Ethernet switch of all things later also needed to be replaced. But everything came together about 40 minutes after the original T-0, and the rocket had a clean (and impressive-looking) ascent with no hiccups to speak of. It reached orbit and as of 13 minutes after launch the various stages, separations, and cut-offs were green across the board. The SLS is a key part of NASA’s Artemis program, intended to bring humanity back to the Moon “to stay,” as they often emphasize. That means bringing a lot of gear up there, stuff that might take years of ferrying with smaller launch vehicles like the SpaceX Falcon 9 and Rocket Lab Electron. The SLS was built with this kind of heavy duty mission in mind, but setbacks and delays have dogged the program, and now there is considerable speculation that commercial heavy-lift vehicles may soon offer more bang for the buck. But it is also clearly important to the U.S. government to have an option they own top to bottom. Now that the enormous “Mega Moon Rocket” has shown it can get to space, NASA can at least plan on putting the model to work, though that will mean building a fresh one every time — unlike some launch vehicles, this one isn’t reusable. You can watch the final countdown and takeoff here:

The main goal of the Artemis I mission is to test the Orion spacecraft and its critical components, like the heat shield upon reentry into Earth’s atmosphere and the communications systems, before the capsule eventually carries humans later this decade. The capsule will spend around 10 weeks going from orbit to the Moon and back before splashing back down to Earth in the Pacific Ocean, where it will be recovered by a U.S. Navy ship. NASA of course has a more detailed but easy to understand mission plan, and the diagram below shows it quite succinctly: artemis-i-map This was NASA’s third attempt to launch the Space Launch System rocket. The first, which took place in August, was called off due to a hydrogen bleed line issue with one of the rocket’s four core stage engines; the second attempt a few days later was scrubbed for the same reason. It seems third time was the charm after all. This mission will have many more crucial and historic moments, so stay tuned for more as the Orion capsule makes its way moonward. NASA’s Space Launch System makes inaugural journey in historic launch by Aria Alamalhodaei originally published on TechCrunch