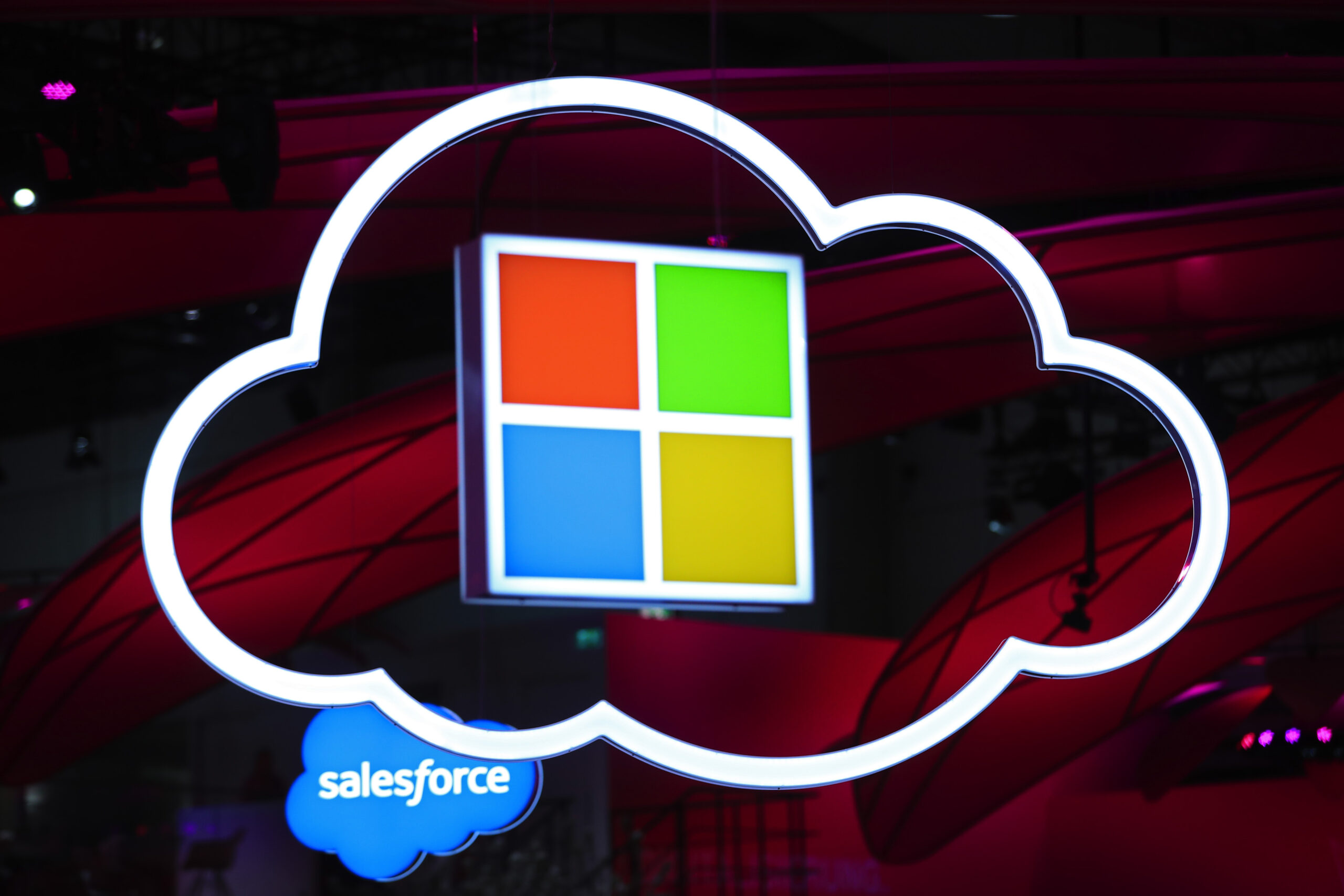 Existing OneDrive 100 GB subscribers will be transitioned to Microsoft 365 Basic beginning January 30 as well, Microsoft says. And in the coming months, Microsoft 365 Basic plan members will get “advanced security features” like ransomware recovery and password-protected sharing links in OneDrive. Importantly, Microsoft 365 Basic is not replacing the free Microsoft 365 tier. That’s here to stay along with the same benefits it offers today, including access to the web-based versions of Word, Excel, PowerPoint, OneNote, Outlook, OneDrive, Clipchamp and more and 5 GB of cloud storage. Microsoft 365 Personal, meanwhile, will remain $6.99 per month or $69.99 per year. 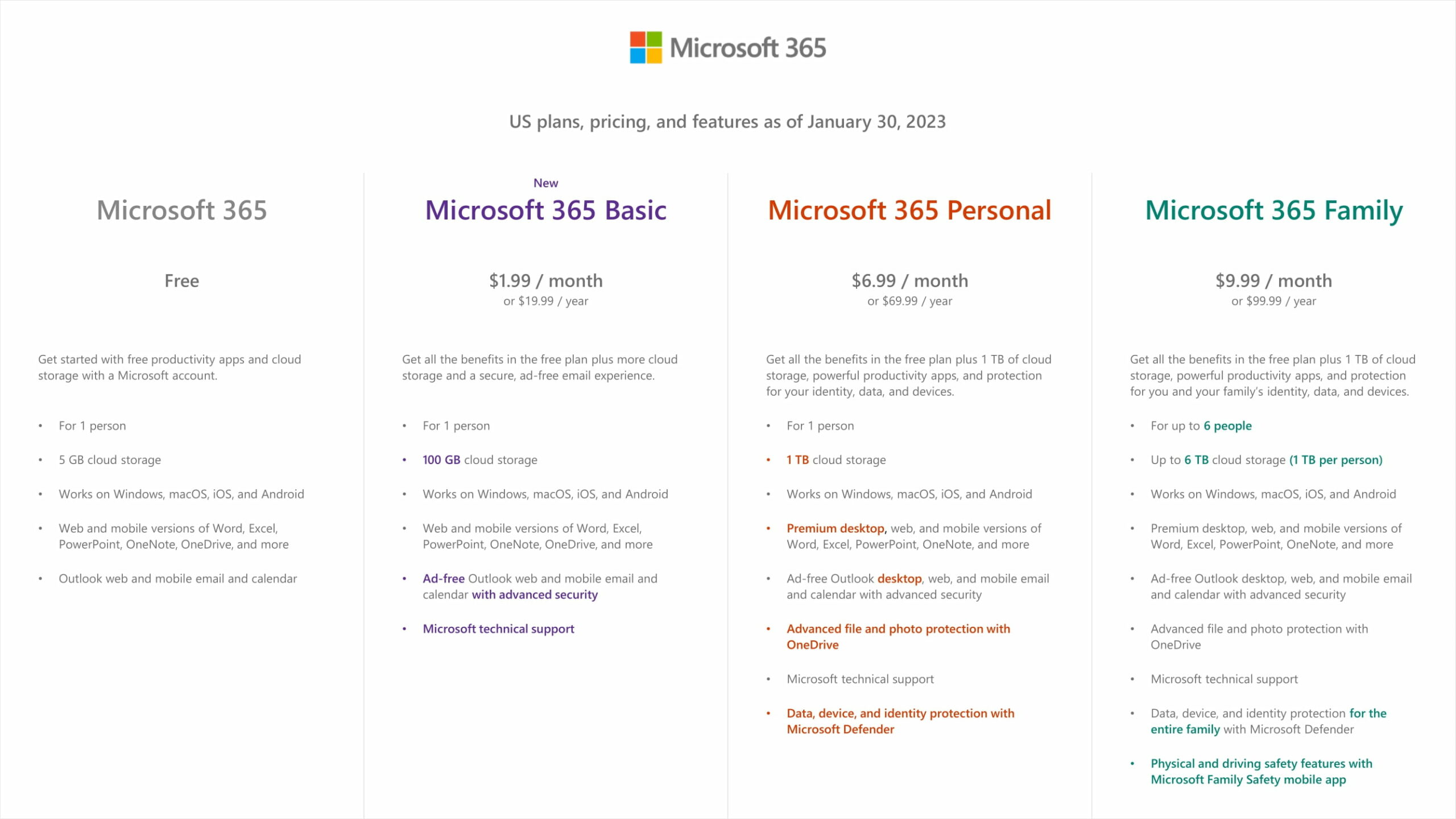 Microsoft 365 Basic compares favorably in terms of pricing to rival Google Workspace, whose Individual plan starts at $9.99 per month for 1TB of storage, professional support and Google’s standard productivity software (e.g. Google Drive, Calendar, Meet and Gmail). It’s also cheaper than Zoho’s Standard Workplace plan, which costs $3 per user per month billed annually and tops out at 10GB of storage. To coincide with the introduction of the new tier, Microsoft today announced the general availability of the Microsoft 365 app, which replaces the Microsoft Office app with a new design and new features. As previewed earlier this year during Microsoft’s Ignite conference, the Microsoft 365 app — now live on the web — provides quick access to apps including Word, Excel and PowerPoint in addition to file templates, “smart” recommendations, to-do list functionality and syncing across different devices. The Microsoft 365 app will launch on Windows, Android and iOS later this month, Microsoft says. Rounding out the raft of new apps and services, Microsoft 365 users will soon be able to view, manage and upgrade cloud storage across devices via a new “simplified view,” says the company. Starting February 1 from a Microsoft account, Windows settings or app settings, subscribers can mange and upgrade their cloud file and photo storage. The investment in Microsoft 365 makes sense. It’s is a growing revenue item for Microsoft, which has bet much of its future on the cloud and, by extension, cloud-driven subscriptions. In its Q4 2022 earnings call, Microsoft reported that Microsoft 365 Consumer subscribers grew 15% to 59.7 million, driving revenue in the company’s Office Consumer products and cloud services segment to $136 million — a 9% year-over-year increase. In a potential niggle, legal trouble may be brewing over Microsoft 365 in the European Union, my colleague Natasha Lomas reports, where a recent assessment by a working group of German data protection regulators found that Microsoft still hasn’t able to resolve any of the compliance problems they’ve raised with it. The working group’s update could crank up the pressure on Microsoft 365 customers in Germany and elsewhere in the European Union to reassess usage of Microsoft’s software and/or seek out less compliance-challenged alternatives. Microsoft 365 Basic launches with 100 GB of storage, Outlook and more for $1.99 per month by Kyle Wiggers originally published on TechCrunch