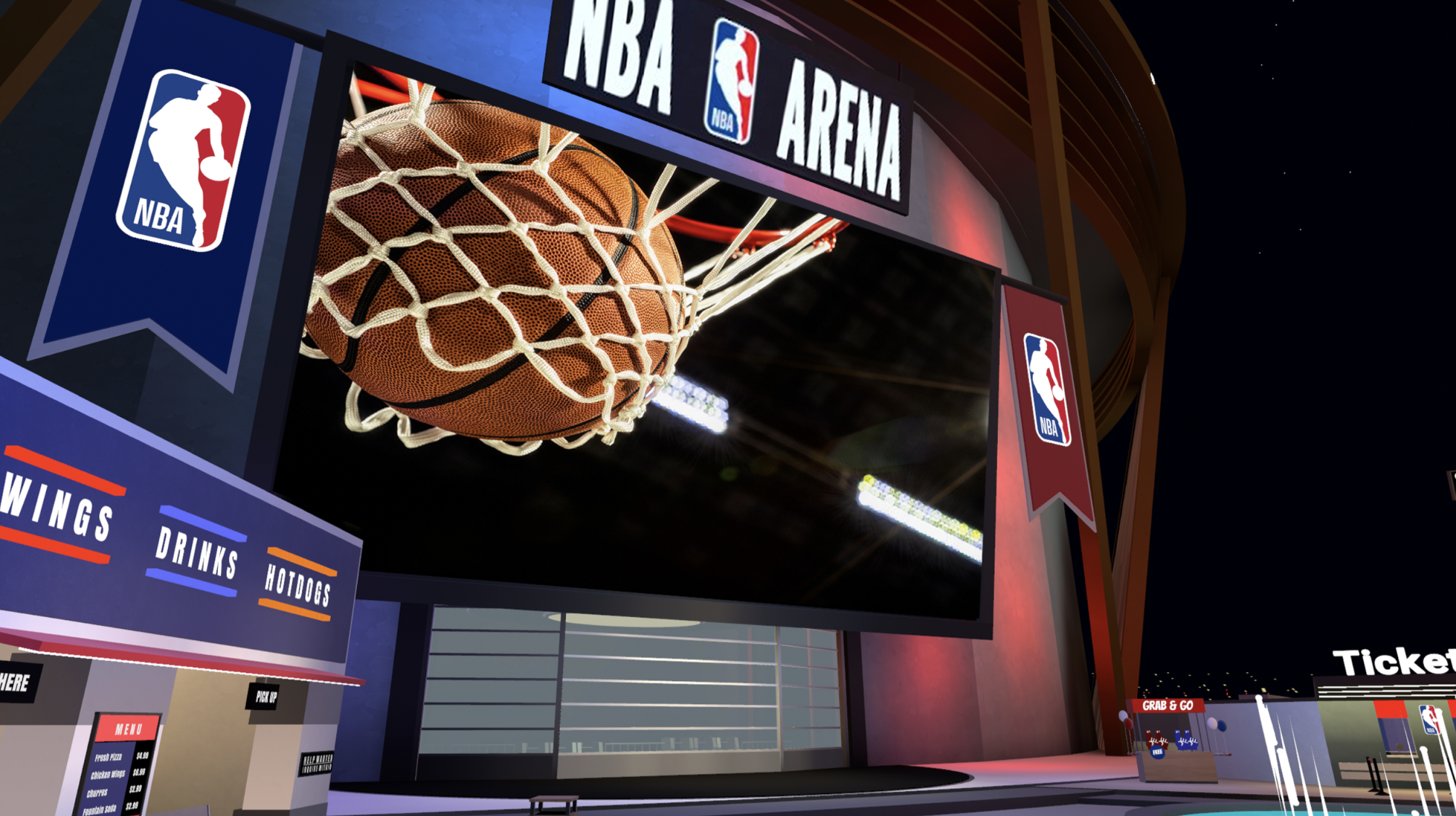 The company will deliver a package of 52 live NBA games, including five immersive 180-degree monoscopic VR games in 2880 on its Xtadium offering and on Meta Horizon Worlds. Meta will also offer a selection of WNBA, NBA G League and NBA 2K League games over the course of the season. In Meta Horizon Worlds, you’ll also be able to access game highlights, recaps and archival content. Users can visit the dedicated NBA Arena in Meta Horizon Worlds starting today to watch NBA content with friends, compete in interactive mini-games and support their favorite teams. Meta says that in the future, fans will be able to watch even more content in the app with an NBA League Pass subscription. Meta also announced that it’s partnering with the league to launch NBA-licensed apparel in Meta’s Avatar Store in the coming weeks. Users will be able to purchase their favorite NBA or WNBA team apparel for their avatar and showcase it across Facebook, Instagram, Messenger and on Meta Quest. “Meta’s immersive VR technology is opening up new opportunities for sports fans to engage and interact with their favorite NBA teams,” said Meta Director of Sports Media and League Partnerships Rob Shaw in a blog post. “Fans will be able to express their fandom by donning their favorite team’s gear on Avatars and enjoy more live NBA games and experience NBA League Pass in a much more social and immersive way. The games available in VR on Meta Quest in January include Milwaukee Bucks vs. Detroit Pistons on January 23, Denver Nuggets vs. New Orleans Pelicans on January 24, Denver Nuggets vs. Milwaukee Bucks on January 24, Cleveland Cavaliers vs. Oklahoma City Thunder on January 27, Los Angeles Clippers vs. Cleveland Cavaliers on January 29 and Miami Heat vs. Cleveland Cavaliers on January 31. Meta expands its partnership with the NBA to offer 52 games in VR by Aisha Malik originally published on TechCrunch