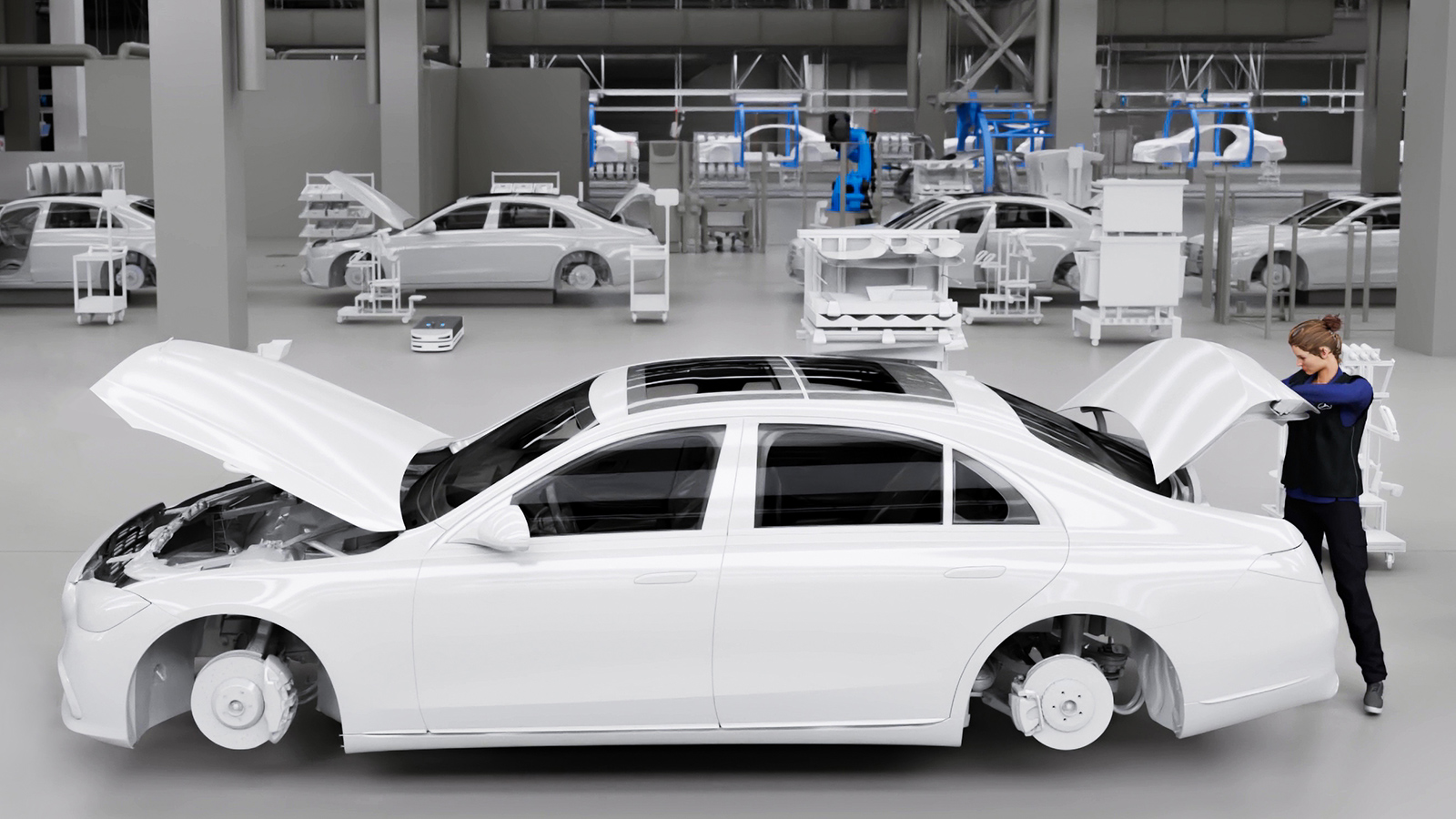 The automaker is one of Nvidia’s latest customers to use Omniverse Enterprise, a software platform used to build and operate metaverse applications. Nvidia said Tuesday ahead of the official kickoff of CES 2023 that Mercedes will use Omniverse to design, plan and optimize its factories. Specifically, Mercedes is preparing to manufacture its new electric vehicle platform at its plant in Rastatt, Germany. Using Omniverse, the automaker is able to build a digital twin of the factory and simulate new production processes without disrupting existing vehicle production. Nvidia says having a virtual workflow will let Mercedes quickly react to supply chain disruptions and reconfigure the assembly line as needed. Danny Shapiro, Nvidia’s VP of automotive, told TechCrunch Mercedes has already been working with Nvidia to test out autonomous vehicle technology in simulation. “Now what they’re talking about is using our Omniverse technology, bringing that down to the production level, and creating a digital twin of the entire factory,” said Shapiro. “So modelling all the vehicles going through the assembly, all the robots, all the factory workers, and being able to design and plan the production and the assembly plant before it is actually live. And so this is helping them streamline, moving over from an existing A class production into a new generation vehicle.” A complete factory simulation could help automakers assess potential bottlenecks, create more ergonomic working conditions or determine where a robot might fail to complete a task before the facility actually starts production. Shapiro said Mercedes plans to scale this strategy to its factories globally in the future. Mercedes likely won’t be the only automaker doing so. As we recently predicted, automakers in the coming years will rely on digital twins for everything from designing vehicle interiors to making factories more efficient to crash testing cars. Shapiro noted that automakers can use Drive SIM, Nvidia’s simulation platform, to collaborate on vehicle design in virtual reality. In the future, he expects automakers to use simulation to create retail experiences and offer virtual walkthroughs of cars from a customer’s home. “We think about this whole lifecycle of a digital twin, from design to engineering to manufacturing to retail,” said Shapiro, nodding towards a potential announcement in the automotive retail realm in the coming months.