Max Q: Any way you spice it

A busy November for… the moon! Launch companies expanding to new continents News from SpaceX, Spire and more

If all goes to plan, Florida’s Space Coast could see two separate lunar missions take off in November. Japanese startup ispace said Wednesday it is targeting a launch window of November 9-15 for its first lunar lander mission. Separately, NASA set a trio of possible November launch dates for Artemis I, the first in a series of planned launches to return humans to the moon by the middle of the decade. For NASA, these November dates are backup opportunities after the agency decided to scrub August’s initial launch attempts due to technical issues. The two missions are part of an increasingly widespread push amongst private industry and government space agencies to conduct more science and explore commercial activities on our large natural satellite.

Virgin Orbit and Rocket Lab are expanding their launch capacities as each company gears up for inaugural missions from countries that they have never flown from. For Rocket Lab, that’s the United States; for Virgin, that’s the United Kingdom (which has never seen an orbital launch, ever). Rocket Lab said Wednesday that the Electron rocket arrived at Launch Complex 2 (LC-2) at Wallops Island, Virginia; Virgin’s Cosmic Girl 747 airplane touched down at the Newquay Airport in Cornwall, southwest England last week. Virgin’s LauncherOne rocket is expected to arrive in Cornwall soon. The missions are major milestones for the two companies. Until now, Rocket Lab has exclusively launched Electron from the company’s complex on New Zealand’s Mahia Peninsula. Meanwhile, Virgin Orbit’s Cosmic Girl 747 airplane and LauncherOne rocket have only ever taken off from U.S. soil. 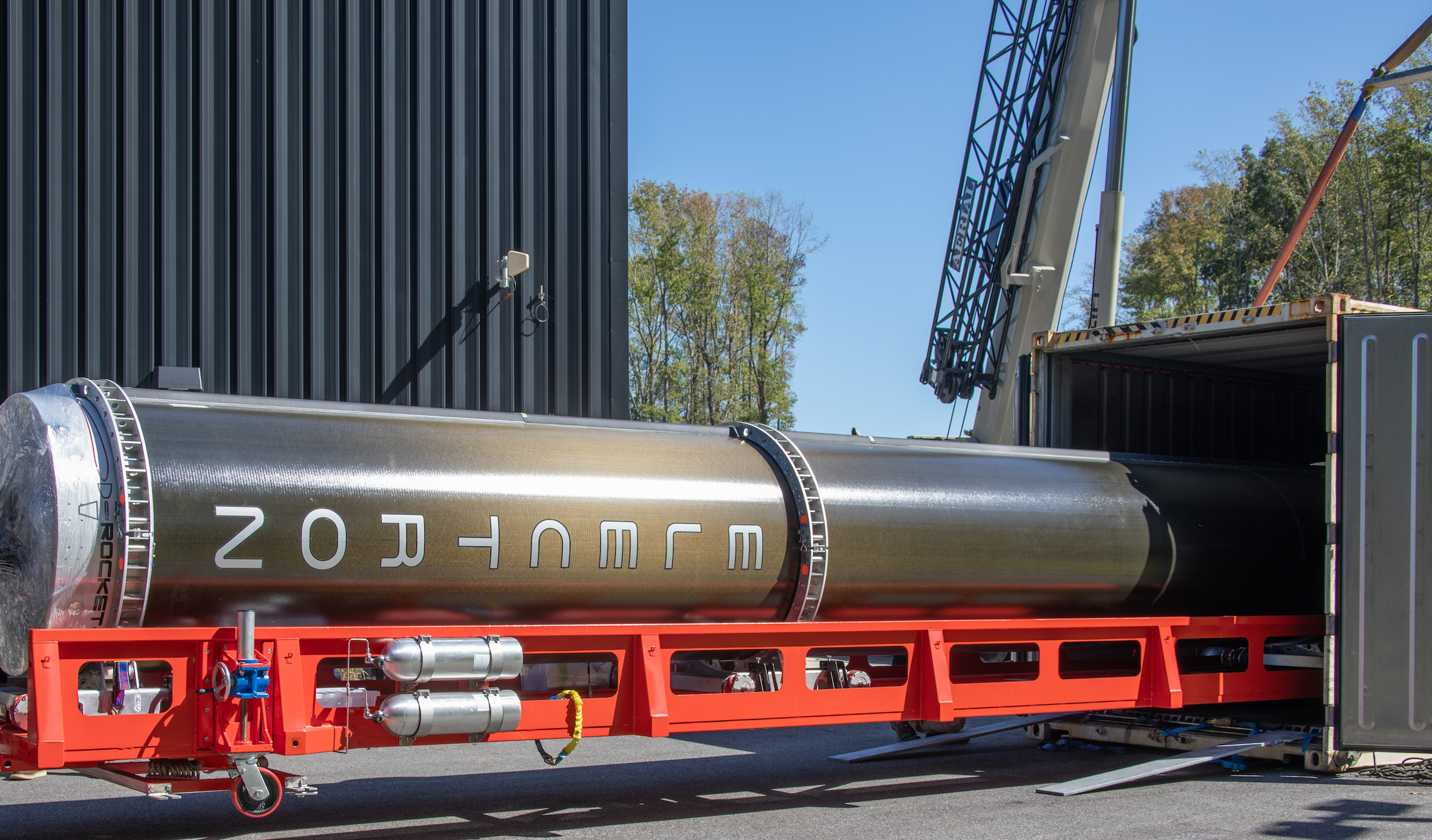 More news from TC and beyond

Astra landed two contracts for its spacecraft engines: one with Astroscale for use on its Elsa-M satellite bus; and with Earth observation company Maxar. (Astra; Astra) China launched a synthetic aperture radar satellite from the Taiyuan Satellite Launch Center in northern China, marking the country’s 18th successful mission since August. (SpaceNews) Exotrail, a French startup developing in-space logistics, won a French government contract “worth several million euros” to demonstrate the Exotrail spacevan’s ability to change a satellite’s altitude and other capabilities. (Exotrail) Japan’s Epsilon rocket experienced a launch failure due to positioning issues, and the country’s space agency ordered the vehicle self-destruct seven minutes after take off. This is the first failure for the Epsilon rocket, which has been flying since 2013. (The Japan Times) NASA’s DART mission has officially been declared a success, after the space agency announced the target asteroid’s orbit changed significantly due to the impact. (TechCrunch) Orbit Fab, the “gas stations in space” startup, was awarded $13.3 million to provide fuel for United States Space Force satellites in 2025. (Orbit Fab) Project Kuiper, Amazon’s broadband satellite project, will launch its first two satellites on United Launch Alliance’s under-development Vulcan Centaur rocket, and not ABL Space Systems’ RS1 rocket as originally planned. Kuiper’s agreement with ABL will stay in place for future satellite launches. (Amazon) Sierra Space is launching a new venture arm, Sierra Space Ventures, to invest in technologies that could be used on Sierra’s space platforms, including its planned private space station Orbital Reef. (Sierra Space) Skyrora’s launch ended in failure after the rocket tumbled into the Norwegian sea shortly after lift-off. This was the company’s first attempt to reach space with its suborbital Skylark L vehicle. (Skyrora) Solestial raised $10 million to take its space-grade solar panels from lab to orbit. (TechCrunch) SpaceX is asking the U.S. governmement to pick up the bill it’s been paying for providing Starlink services in Ukraine; Elon Musk said monthly burn is approaching $20 million per month. (CNN; Elon Musk) SpaceX stacked Booster 7 and Ship 24 on the launch pad in preparation for more testing. Ars Technica’s Eric Berger tweeted he heard an orbital test flight may come in the second half of December, which would be a very nice Christmas gift for me! (SpaceX; Eric Berger) SpaceX will fly billionaire Dennis Tito and his wife on Starship’s fourth crewed launch, though it’s anyone’s guess when that mission might take place. (Bloomberg) Starlink’s roaming service, dubbed “Starlink for RVs,” now has more than 100,000 customers. (SpaceX) United Launch Alliance is targeting the first quarter of next year for the first flight test of the super-heavy Vulcan Centaur rocket. (ULA) Varda Space, a startup that wants to build factories in space, successfully executed a drop test of a re-entry vehicle in preparation for the first orbital test that will launch aboard SpaceX’s Transporter-8 mission. (Varda Space) Virgin Orbit signed a multi-launch agreement with Spire, with the first launch expected to take place next year. The two companies did not disclose the exact number of launches or the value of the deal. (Virgin Orbit)

Photo of the week 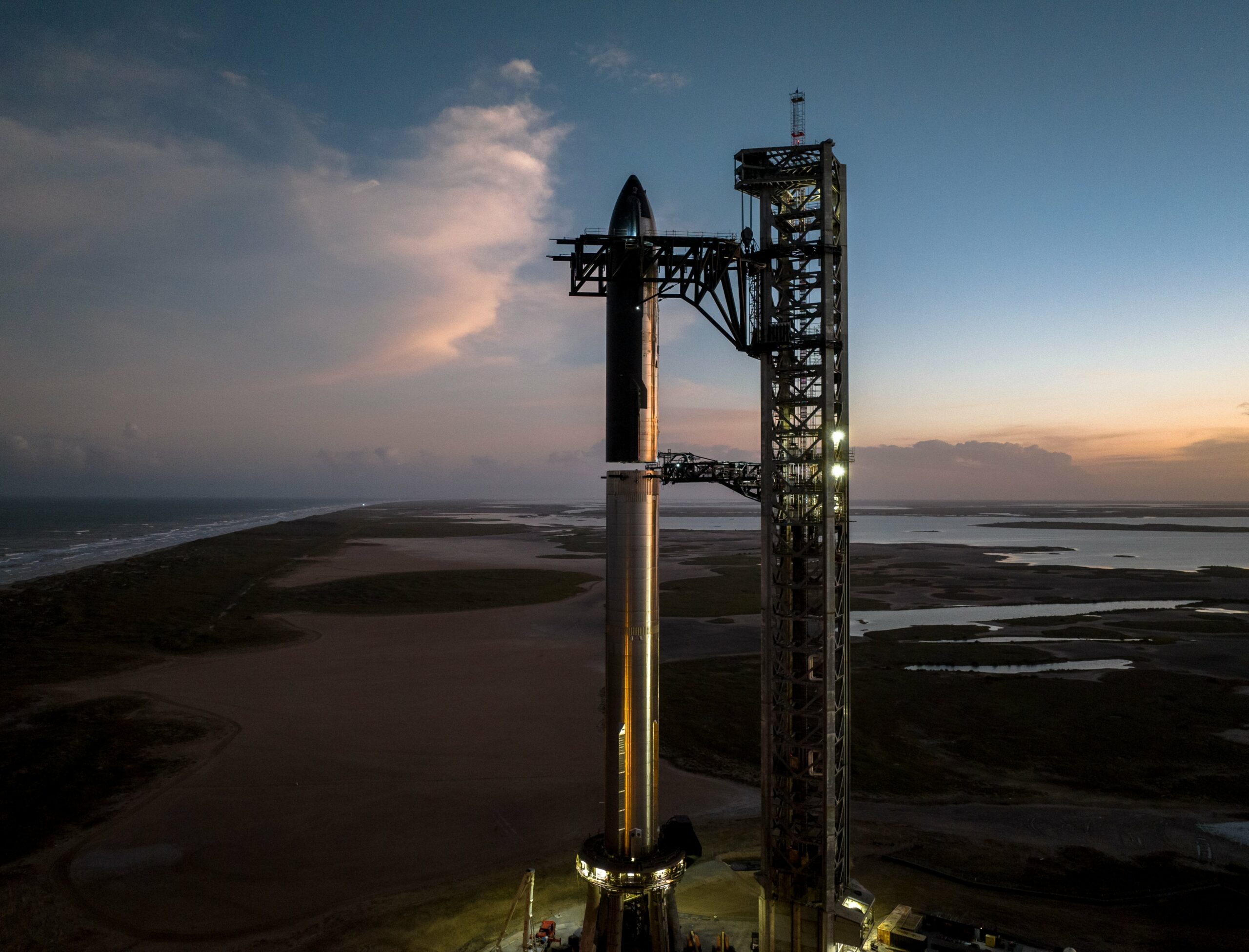 Max Q is brought to you by me, Aria Alamalhodaei. If you enjoy reading Max Q, consider forwarding it to a friend. Max Q: Any way you spice it by Aria Alamalhodaei originally published on TechCrunch