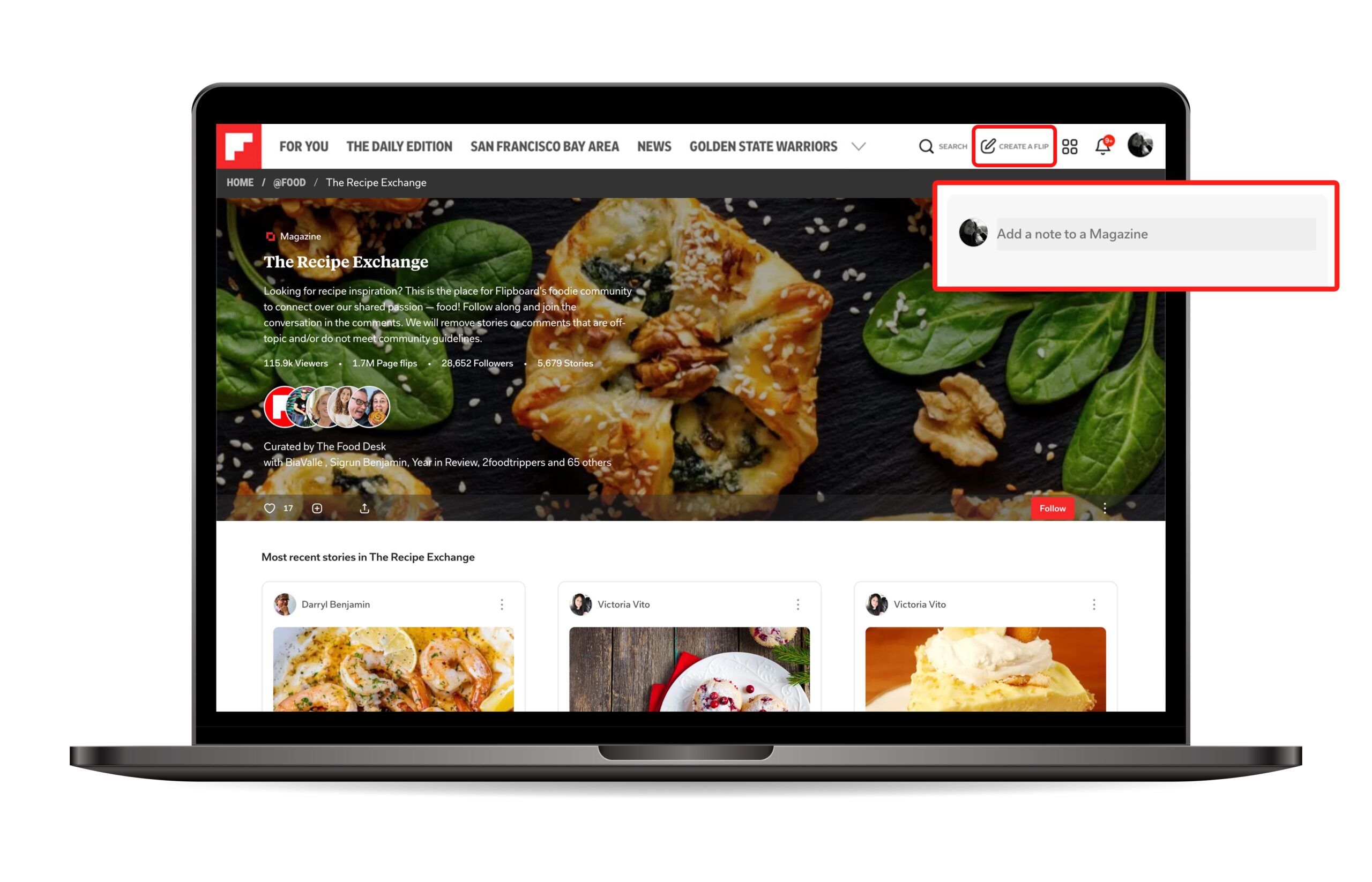 The social magazine app first introduced the ability for users to create their own magazines in 2012, by finding articles and then “flipping” those into a magazine that others could follow in their own feeds. With the launch of the new notes feature, curators will now be able to do more than share articles and other information — they’ll be able to post text notes, which can also include uploaded images or links, and they can even @mention other users to reach outside their own community. “It’s kind of like doing a regular post on Twitter or Facebook, but it’s going into a magazine,” explains Flipboard co-founder and CEO Mike McCue. “So it’s like a post into a micro-community…And it allows people who care about something, who are following this magazine or contributing to this magazine, to be able to talk to each other, communicate and build a stronger sense of community,” he says. The notes have a colorful, blue background to make them stand out and can be liked, commented on, shared, or flipped into other magazines. Missing Attachment While curators can write in the notes without worrying about a tight character limit — another change possibly coming to Twitter — the idea is not to create another newsletter or blogging platform, like Substack or Medium. Instead, Flipboard’s notes are designed to be more like a Facebook post in length. They can be used to write an introduction to the magazine, similar to an editor’s note, or to ask questions of the community, and answer readers’ questions, among other things. McCue says the feature has been in development for around six months, so it wasn’t necessarily built to capitalize on the chaos at Twitter, which has prompted a portion of its user base to try out various social apps, including Mastodon, Tumblr, Post News, Cohost, Hive and others. Still, he says, the launch’s timing could become one of those things where “preparedness meets opportunity,” as it turns out. Flipboard is not the only publishing platform to target Twitter users in recent days. Substack also announced a discussions feature of its own in November called Substack Chat which has a similar purpose of connecting creators and readers in a community conversation. But in Flipboard’s case, the goal may be to gain further reach by adding a social element. The magazine app is a more mature company, having been founded back in 2010 to offer a more polished news reading experience that’s also customized to users’ personal interests. The company today claims to have north of 100 million monthly active users, but this includes not only web and mobile users, but also those who open Flipboard’s news emails. It’s possible that the addition of the community notes feature could encourage users who now only read news via email to re-engage with the app more directly. The company says there are “millions” of Flipboard magazines available, but on any given month, only around 25-50% are active as not all are updated regularly. Ahead of today’s launch, the feature was piloted with a handful of Flipboard-run group magazines, which are curated by multiple people, including The Recipe Exchange, The Travel Exchange, and The Photography Exchange. In tests beginning in July, those saw a 40% in social activity (likes, comments, flips, and shares) from August to September and a 28% increase in October, compared with September. In addition, a handful of curators also tested the feature, including the magazines Photowalkers by Jefferson Graham, Hiking the World by Kym Tyson of 33andFree, and The Breadship by Maurizio Leo. Alongside this rollout, Flipboard is adding a new Community tab inthe app next to its For You feed to showcase the best magazine and curators, it says. The notes feature is launching today on the web and will reach iOS and Android over the next few weeks.   Magazine app Flipboard adds support for original content with new notes feature by Sarah Perez originally published on TechCrunch