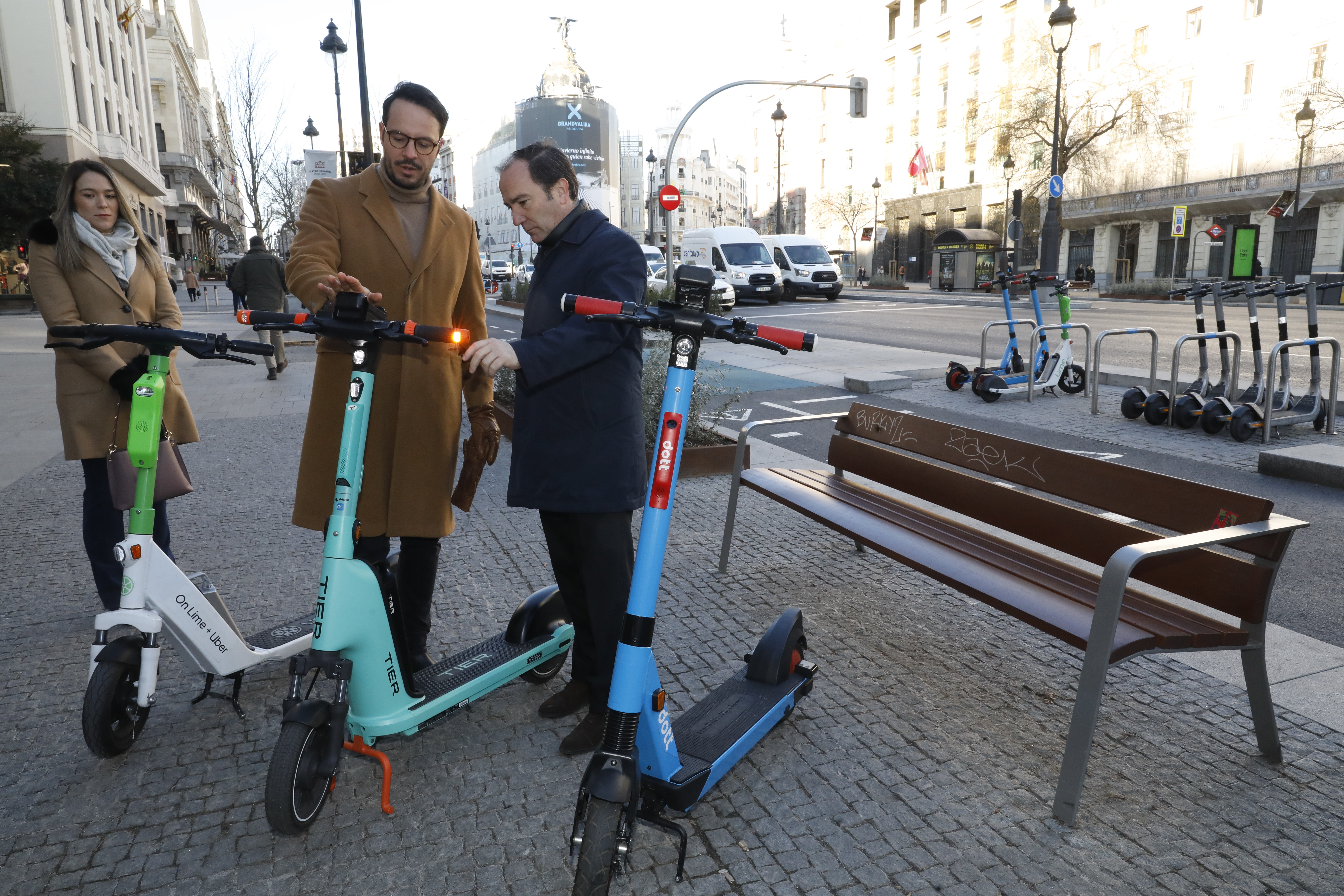 This trio of companies will sound familiar as these companies also won tender processes in several European cities in recent years. Madrid even says that it drew inspiration from 17 European cities, and Paris and London in particular. Dott, Lime and Tier also operate in Paris, but the Mayor has decided that Parisians will get to vote whether they want to ban shared scooters. It’s a different story for Madrid as Dott, Lime and Tier now have some clarity until 2026. The operators will be able to roll out 6,000 scooters in total — 2,000 scooters for each company. There can be some adjustments down the road. If there is more demand than expected, the city of Madrid can decide to increase the cap so that companies can roll out more vehicles — there will be an evaluation every four months. Similarly, the city can grant license extensions after the licenses expire in 2026. If you live in Madrid or recently traveled to the city, you may have already seen scooters spread around the city. The city of Madrid had already authorized free-floating scooters back in 2019. And it’s been a mixed bag. While the city has decided to renew the licenses for another three years, it is adding some requirements. In 2019, Madrid originally decided to create a 10,000 hard cap for the total number of scooters in the city. But there wasn’t any limit on the number of operators. Overall, 18 companies obtained an operating license from the City Council, leading to unnecessary fragmentation. Many scooter companies already withdrew from Madrid. Starting in May, there will only be three different scooter companies. Riders won’t be able to park their scooters wherever they want. The city will allocate some specific parking spaces for scooters in the city center. Thanks to the onboard GPS module, users won’t be able to end their ride if they haven’t parked their scooter properly. Scooter companies can also require a photo when you end your ride. Outside of the city center, riders should park their scooter in a moped, bike or scooter parking space. If you are more than 50 meters away from a dedicated space, you can lock your scooter and end your ride. According to the city council, there has already been some improvements when it comes to fines due to improper parking. But things should definitely look better in May. The three operators promised that they will remove an incorrectly parked scooter within one hour. Madrid selects Dott, Lime and Tier for scooter licenses by Romain Dillet originally published on TechCrunch