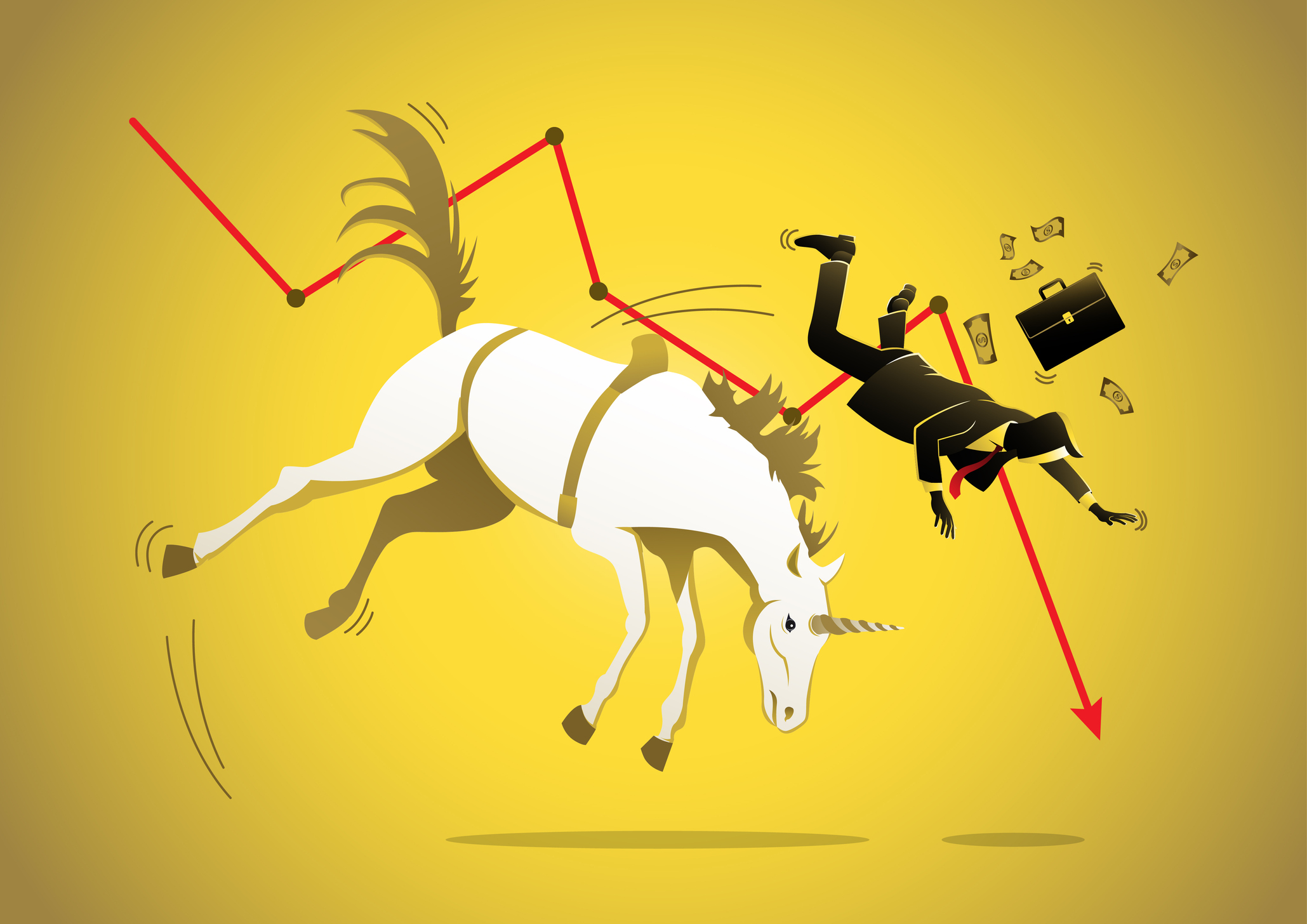 Two years ago, we saw a record number of companies cross the $1 billion valuation milestone. But that momentum slowed to a trickle last year, and this year’s market conditions look likely to reverse course to a point that we may witness some of those companies losing that status. Down rounds are likely to become the norm this year as venture firms and investors look to bring valuations back to earth. We’ve already started to see some decacorns, like Stripe and Instacart, lowering their valuations, but they are so highly valued that they aren’t at risk of losing their unicorn status. But most unicorns don’t enjoy that luxury. CB Insights’ unicorn index shows that there are 1,205 companies currently worth over $1 billion. But if you look closely, you’ll notice that the majority of these startups are actually hovering right at the $1 billion mark. Currently, 685 unicorns were last valued between $1 billion and $2 billion — that’s more than half the list. How many of these will stay unicorns through this calendar year? To find out, we recently surveyed more than 35 investors on how many startups they thought would drop below the $1 billion valuation mark in 2023. While nobody could peg a specific number, of course, the vast majority felt the herd has likely already been winnowed.