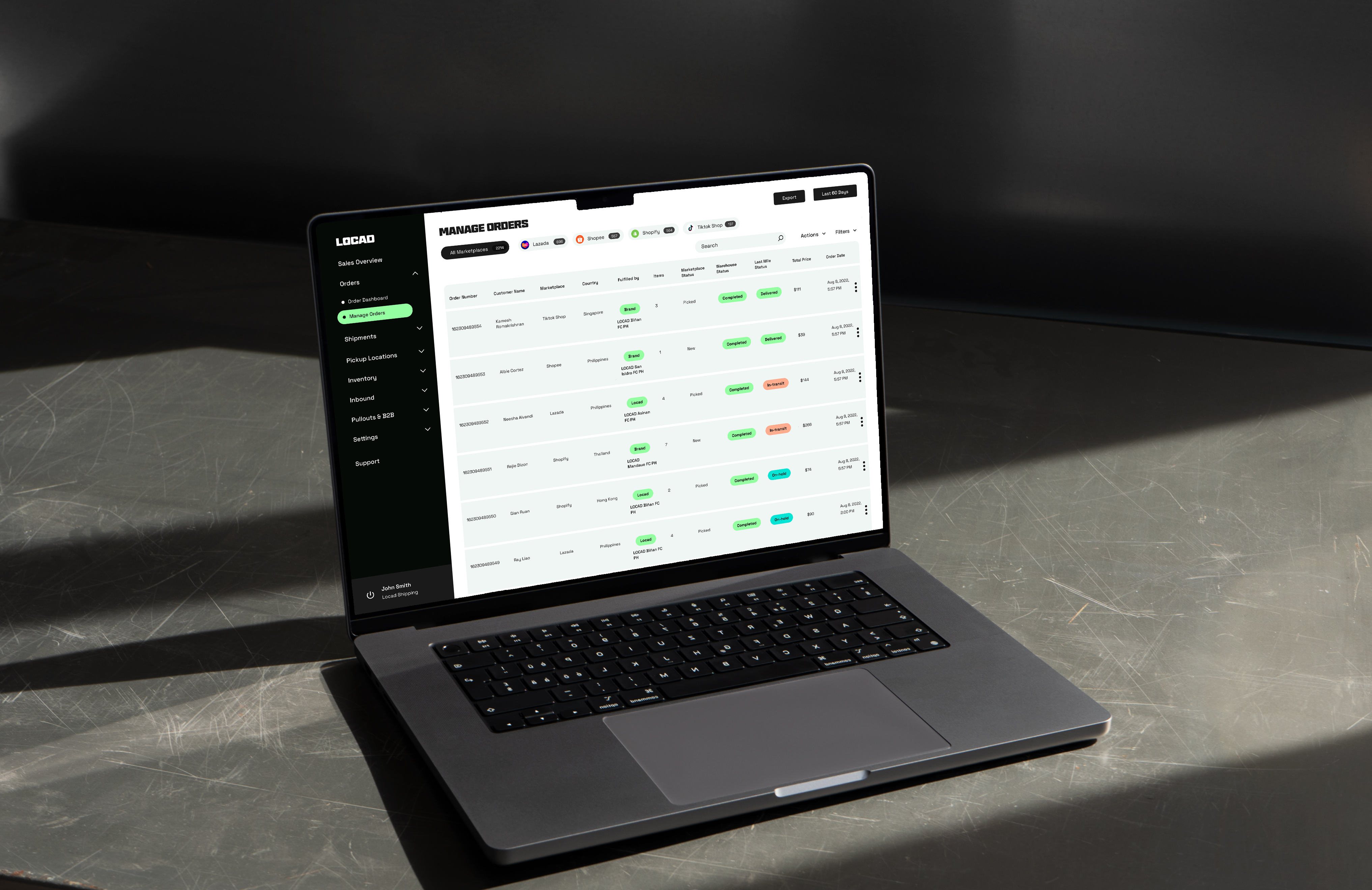 Founded in Singapore and Manila by Robertz, fellow Zalora alumni Jannis Dargel and former Grab lead product manager of maps Shrey Jain, Locad announced today it has raised $11 million in Series A funding led by Reefknot Investments, a joint venture between Temasek and logistics company Kuehne + Nagel. Returning investors Sequoia India and Southeast Asia’s Surge, Febe Ventures and Antler also participated, along with new backers Access Ventures, JG Summit and WTI. TechCrunch last covered Locad when it raised its $4.5 million seed round in 2021. Locad can handle almost every part of the delivery process, from inventory storage and packing to shipping and tracking. So far, Locad has provided order fulfillment for 200 brands, including Havaians, Levi’s Reckitt Benckisder and Emma Sleep. Its customers are spread across Singapore, the Philippines, Thailand, Hong Kong and Australia, and typically ship about 25 to 5,000 orders a day. Last year, Locad was used to ship more than two million orders and it claims a 99% same-day order fulfillment rate. Its new funding will be used to add more warehouses and transport operators to Locad’s network and on hiring in Southeast Asia and Australia, with the goal of building the region’s largest network of warehouses over the next five years. Robertz said helping Zalora scale up its logistics infrastructure “planted the seed of how a cloud approach to supply chain, with a scalable logistics infrastructure as a service, would be a better way.” During their time at Zalora, Robertz and Dargel also worked with brands that had to set up their own e-commerce fulfillment capabilities and tech stack in order to support multiple sales channels. Legacy logistics infrastructure, originally created for B2B wholesale distribution, couldn’t keep up with direct-to-consumer brands as their sales channels multiplied. It also meant they could no longer rely on “walled garden” fulfillment networks run by e-commerce platforms, like Fulfillment by Amazon (FBA), as they scaled up. At the same time, consumers want faster and cheaper delivery, and offering multiple options like same day, next day or economy shipment is important for conversions at checkout. Robertz said that to deliver more quickly without paying more, retailers need to store products closer to customers to enable shorter and faster last-mile deliveries. This requires a network of warehouses and integration between sales channels, warehouses and shipping carriers. That is what Locad’s tech enables. Locad’s logistics engine syncs inventory from multiple sales channels, including Shopify, Lazada, Shopee and TikTok Shops, and manages storage and delivery through its network of warehouses and shipping carriers. Many of Locad’s customers first approach the startup while phasing out their inhouse logistics operations. Brands often start with one warehouse to consolidate their inventory and order fulfillment across sales channels, before putting inventory into additional warehouses based where its customers are located. As it expands across Southeast Asia and Australia, Locad also plans to increase the number of warehouses in Tier 1 to Tier 3 cities in the region, with the goal of enabling same-day delivery in all of them. In a statement about the funding, Reefknot Investments vice president Ervin Lim said, “Locad’s unique operating model of localizing warehouses into the cities ensures that inventory is kept close to the customers thereby enabling significant cost and time savings for both brand and consumer. We believe that Locad’s logistics engine will spur greater participation in the digital economy as consumers outside of Tier-1 cities can now receive their orders 2-3x faster at a fraction of the usual cost.” Locad lands Series A to expand its “logistics engine” across Southeast Asia and Australia by Catherine Shu originally published on TechCrunch