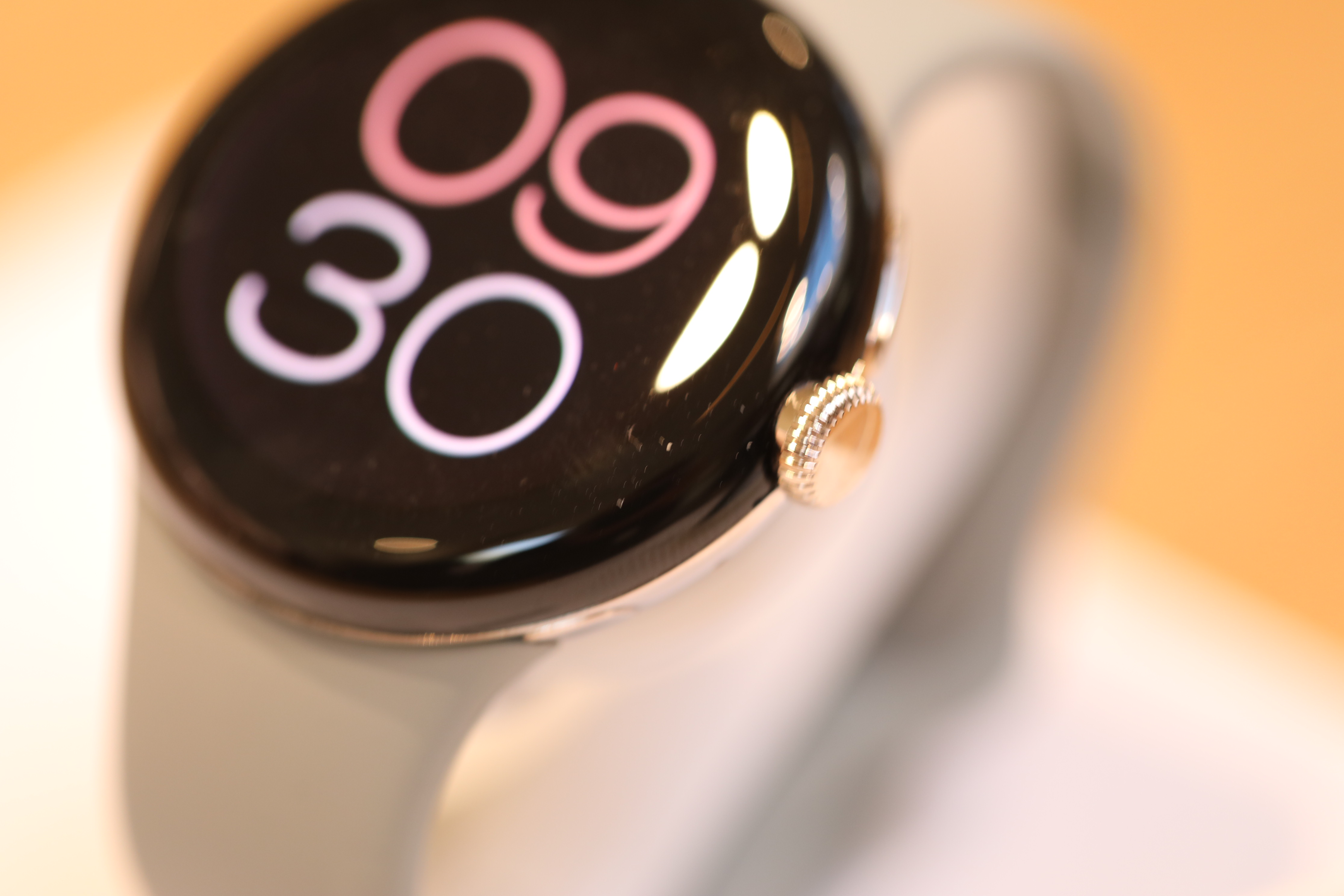 CMC_3777 I had a few early thoughts about the device, having spent a small bit of time with it before today’s big Made By Google event. As I mentioned in the early news post, there are two things that strike you immediately: First, it looks great. It’s clear this is a premium take on the space, as cooperated by the $350 price tag. This is not an (relatively) inexpensive Fitbit smartwatch. Google is taking aim at Apple and Samsung here. Second, it’s small. The Pixel Watch comes in one size: 41mm. That’s the smaller of the two case sizes Apple currently offers (excluding the 49mm Ultra, naturally). The circular design, meanwhile, has the added effective of making it appear even smaller somehow. CMC_3794 It’s quite comfortable, however, thanks in part to that compact size. It doesn’t take the same kind of adjustment as something as big and bulky as the Apple Watch Ultra. Given all of the extra sleep expertise Fitbit is bringing to the table here, the size, coupled with the super comfortable stretch band, should make it much easier to wear to bed. The device is an interesting marriage of recent acquisitions. I suspect that the hardware – with its curved glass and haptic crown for navigation – were based on that $40 million Fossil IP acquisition the company made a while back. Fitbit is very present here, as well, but its impact is most felt in all of the fitness and sleep tracking features, along with a UI that marries some of its design elements with a Wear OS foundation. CMC_3771 The straps are proprietary – a decision the company apparently made for design reasons. There’s a small button beside the connector, which, when pressed, allows you to slide the band off. Google’s own bands will be available at launch (the woven strip, FWIW, appears to be another direct Fitbit influence), and it says it plans to partner with third-party firms to expand that portfolio. CMC_3778 At first glance, I’d say Google’s checked off all of the important boxes here. The Pixel Watch doesn’t expand the category in a profound way, but unlike some of the company’s previous hardware launches, it doesn’t feel like it’s a generation or two behind. It’s up for preorder now at $349 and arrives at retail October 12th in the US Canada, UK, Ireland, Germany, France, Japan, Australia and Taiwan. google-fall-2022-banner-14 Let’s take a closer look at Google’s Pixel Watch by Brian Heater originally published on TechCrunch