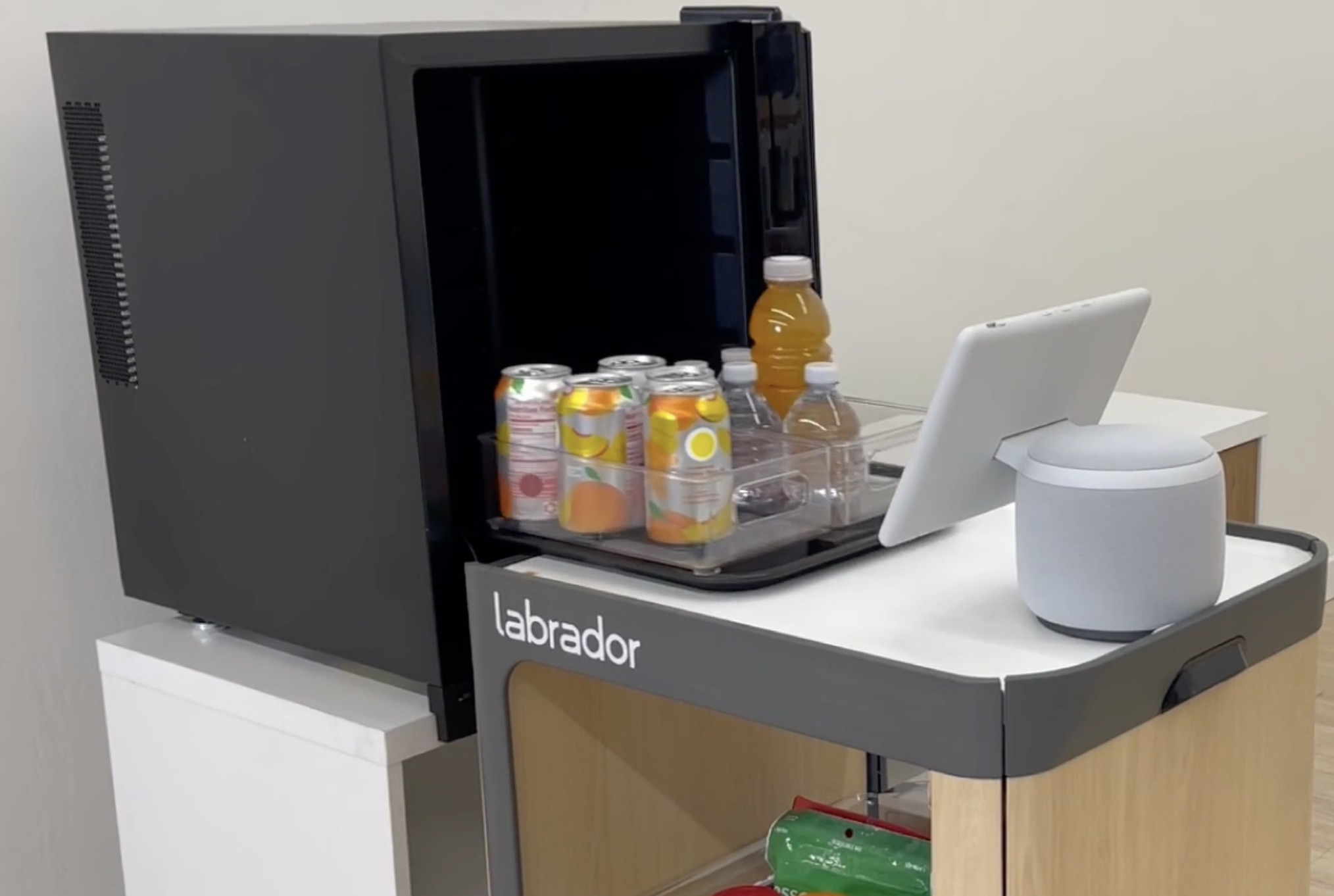 Toward the end of last year, the California-based startup announced that it was beginning to deliver its first systems to clients in the U.S. It also announced new backing from the Alexa Fund. Included in that news, was the promise of compatibility with Amazon’s voice assistant. While it’s certainly true that voice computing doesn’t make sense for every scenario, it really does here. Labrador is showing off the feature at CES this week. The demo utilizes an Echo Show 10. The smart screen is mounted on top of the robot – serving as a tablet similar to the kind found on teleconferencing systems. The Echo’s built-in swivel means it can turn to face to the user. To, for example, get a beverage, you would say, “Alexa, ask Lab 1 to get me a drink.” It’s all still an early proof on concept, but Labrador plans to start piloting the set up with its customer base soon. “The proof-of-concept demo with the Echo Show 10 is a preview of what we will be testing in our next rounds of pilots with care providers,” says CEO Mike Dooley. “Capabilities like this can make a dramatic difference in the quality of people’s lives and their ability to live independently while staying connected with others, and we’re grateful to Amazon’s team for their support on this project.” The set up makes sense for Laborador. It’s a relatively inexpensive way to add functionality to its systems using off-the-shelf consumer hardware. For Amazon, it aligns nicely with the company’s consumer robotics play, which puts Alexa at the heart of its various consumer robotics offerings, from Astro to (potentially) Roomba.