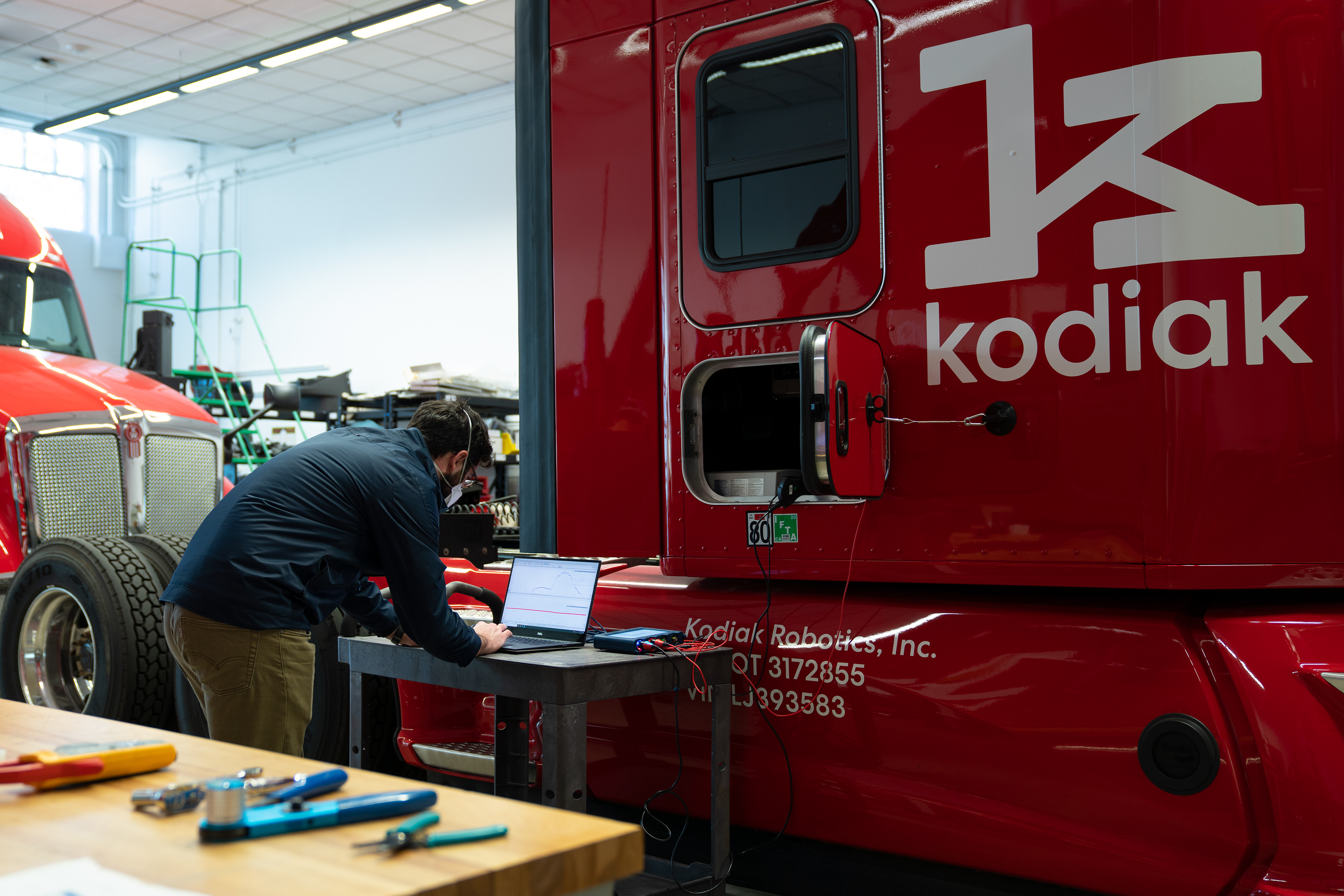 The two year contract, which was awarded by the DoD’s Defense Innovation Unit (DIU) on behalf of the Army’s Robotic Combat Vehicle (RCV) program in October, will see Kodiak develop, test and deploy autonomous software that can navigate complex, off-road terrain, diverse operational conditions and GPS-challenged environments. Ultimately, that software platform needs to be applicable to different formats and vehicle configurations to serve a variety of future use cases. Kodiak beat 33 other companies that pitched for the contract. In the wake of Argo AI shutting down and questions about the future of the AV industry, this is an opportunity for Kodiak to stand out from the pack and demonstrate that its tech is capable of more than just driving trucks on highways. “When markets are challenging, you need to be strategic about finding capital to continue to fund the company,” Don Burnette, CEO and co-founder of Kodiak, told TechCrunch. “And in this particular case, the DIU was specifically looking for a dual-use application; they wanted to find a company that was working on autonomy in the commercial space that could be translated and utilized in a military setting.” DIU is leveraging this partnership to actively build a pipeline between the commercial and military deployment of autonomous vehicle technologies that will reduce the risk to troops in war zones. “I spent a lot of time in the Army infantry, and I would task a Junior Leader to go from point A to point B and do that reconnaissance,” David Michelson, a project manager at DIU, told TechCrunch. “That’s a high risk mission that we want to automate with the RCV. In Ukraine I think we’re seeing how imperative that is and how dangerous it can be to move forward and commit precious resources — people — to get that reconnaissance. If you can do that with a small vehicle and gather probably more data because you can pack a lot of sensors on that’s helpful.” Kodiak and DIU are already working together to build test tracks that mirror environments in which you’d expect to find the Army operating. The startup will develop a custom-designed ATV-like vehicle that can be driven by a human safety operator for the purposes of data collection, testing and evaluation. As part of the contract, Kodiak will explore different sensor configurations for different mission profiles — one can imagine that the light emitted from lidar sensors might not be the best for stealth operations at night. Michelson said the project will pursue a “modular approach” to sensors, which will be important for the Army to stay paced with commercial technology. From a technical standpoint, automating a vehicle for surveillance and recon is easier in a lot of ways than highway driving, said Burnette. Off-road environments won’t be full of other road users, so it won’t be hard to avoid collisions. “The downside, of course, is that it’s unstructured, and often you’ll be in environments that the vehicles aren’t familiar with, which adds some complexity, as well,” said Burnette. “However, to combat that, one of the technologies that we’re offering as part of this contract is teleoperation and remote driving…We want to provide a seamless transition from autonomy mode to teleoperation mode and back again.” Remote operation is important for filling in the gaps of what the autonomous system can do on its own and what it still needs help with. For sidewalk delivery robots, that’s often help crossing a street or navigating a construction zone. But even in developed areas there are latency issues that can cause delays. When questioned on how Kodiak and DIU would solve for that in harsh, off-road environments with nary a cell tower in sight, both Burnette and Michelson said they were working on solutions, but didn’t want to go into specifics. If all goes well after 24 months, this partnership could lead to long-term collaboration between Kodiak and the Army as the latter works to set up the foundations for future years of autonomous applications beyond recon and surveillance. Kodiak Robotics wins $50M to help US Army build AVs for recon, surveillance by Rebecca Bellan originally published on TechCrunch