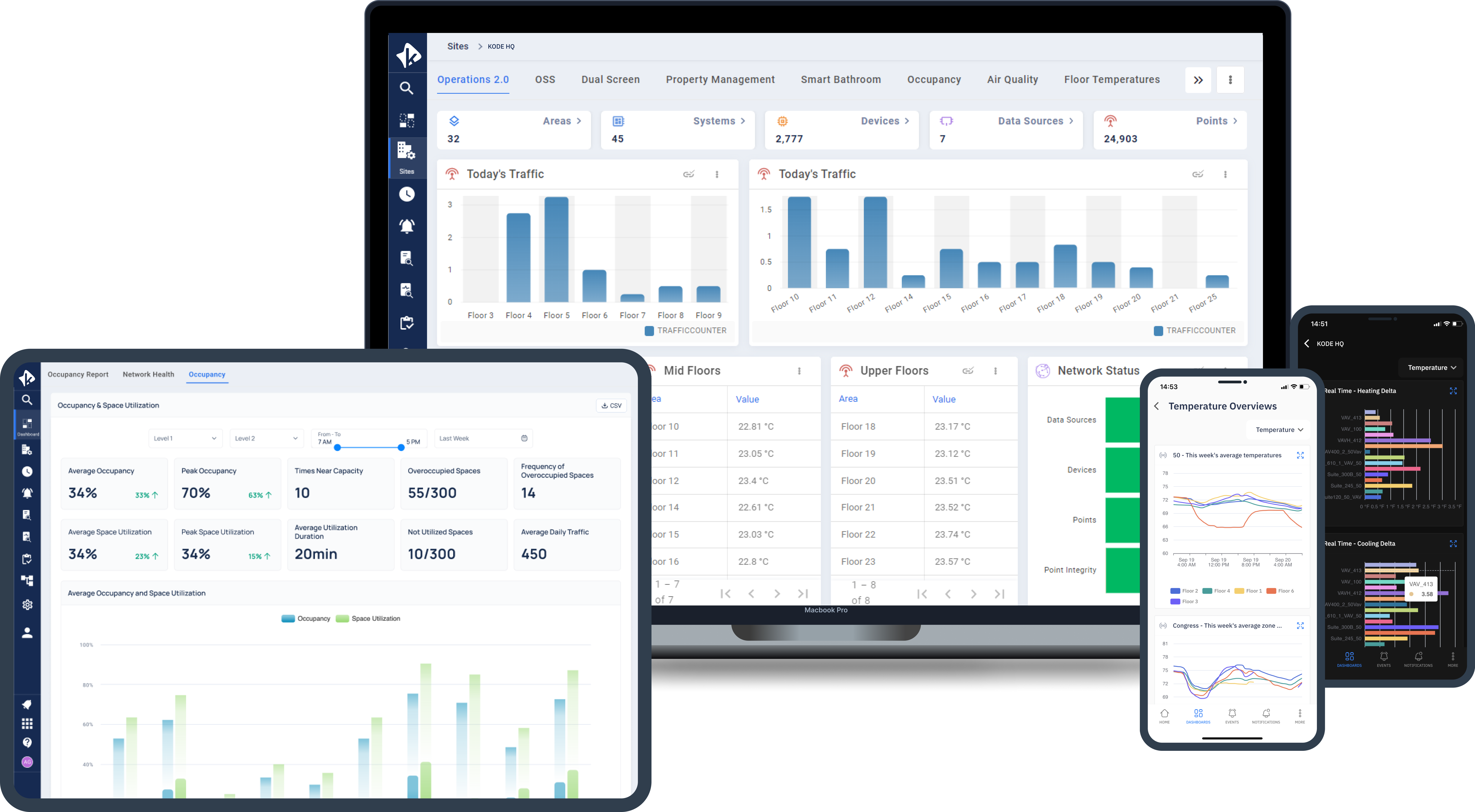 Today, the five-year-old company is announcing its first capital raise with an $8 million round led by I Squared Capital. Since its founding in 2017, Kode Labs has been self-funded by its founders, brothers Etrit and Edi Demaj. The two sold their last company, Rocket Fiber, to Everstream for an undisclosed amount. The Kode Labs company name plays homage to Kosovo and Detroit — KO for Kosovo and DE for Detroit. The co-founders Etrit and Edi Demaj are from Kosovo and had to flee the war-torn country in 1999. “We’re excited to partner with top PropTech investors who bring not only financial backing but also a tremendous amount of market expertise needed to grow. This funding will allow us to continue to invest in R&D while maintaining our competitive advantages,” said co-founder Edi Demaj in a statement released to TechCrunch. In an interview, Edi Demaj tells TechCrunch that I Squared Capitol has a “tremendous amount of experience” in real estate. “They’re committed to lowering carbon emissions and energy usage globally with their fund,” Demaj said. “That’s a big calling of their fund. Their approach was better than the other 50 VCs we talked to. They’re true partners and not just putting in money. They want to help.” Even before this raise, the company says it was profitable. Demaj tells TechCrunch the capital will help improve the company’s technical abilities. “We have over 100 different integrations that we’ve done with different systems across a multitude of different verticals that are now part of our catalog. We have billions of data points. We wanted to raise this round to add to our technical capabilities and add more data scientists and engineering to drive our core thesis of bringing everything in, visualizing it, and command, control, and analysis it to drive an autonomous, efficient real estate portfolio.” Kode OS is a cloud-first platform that’s vendor agnostic and open. This is novel in the real estate space, where many operations use on-site servers and platforms to control IoT devices, HVAC systems, and other building services. Most often, these systems are locked down and unable to communicate with each other. By hosting the platform in the cloud, clients can access a building’s integrated services and quickly replicate configurations across different structures. To date, the company says it has zero churn, and every client they’ve ever signed up is still working with the company. The founders believe this is a testament to its flexible and novel technology and its dedication to customer service. Demaj points to its ability to rapidly scale to meet the needs of different clients and quantify the return on investment. “There are buildings like RiverSouth in Austin,” Demaj said. “It was picked as the smartest building in North America. We did that whole building. It is probably one of the most efficient buildings on Earth; it also has one of the coolest experiences and is generating the most revenue per square foot of any building in Austin, which is the hottest market in America. It’s mostly because they have a truly smart building from end to end. It has low carbon emissions and low energy use per square foot because it’s optimized to perfection.” Kode Labs calls Detroit home. In addition, the company operates a second office in Kosovo with 60 employees. Since its founding in 2017, the company has seen impressive growth. Sales have increased 200% year over year, and employee headcount followed with a 100% growth over the same time. With its current client list, Kode Labs serves 20,000 million square feet of real estate on three continents and works with companies and organizations of all sizes. Kode Labs raises $8m to advance its smart building platform by Matt Burns originally published on TechCrunch