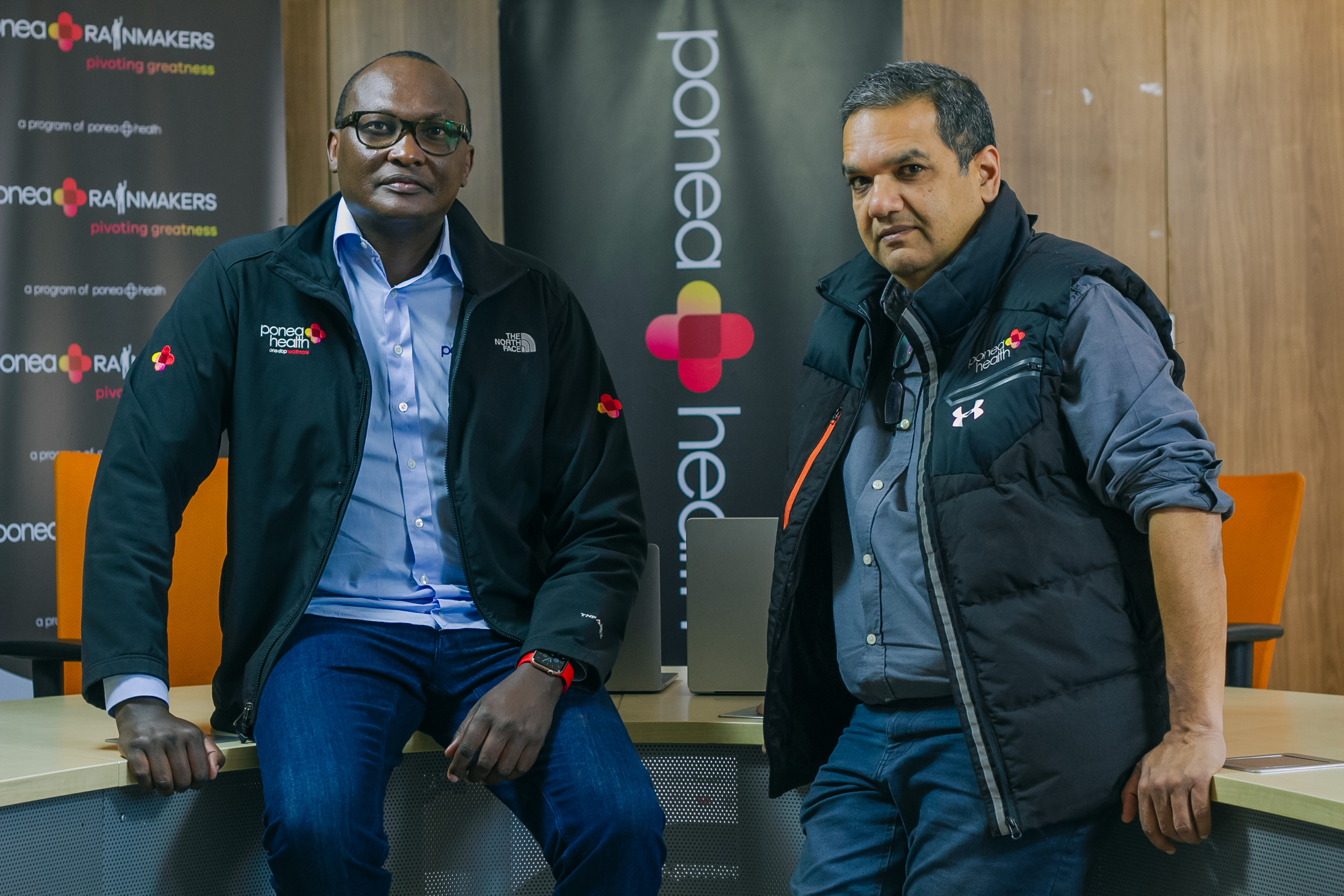 A few years ago, Macharia was also contracted by the Kenyan government to build the now abandoned national hospital information system, which he says would have transformed health care delivery in the country. The end of that project, in 2019, however, did not kill his innovativeness; instead it inspired him to launch Ponea Health as a marketplace for healthcare services. “The end of that project offered a moment of self-reflection, and I realized that I had spent my entire life building hardware and software for enterprises. But I had never thought of building tech for us (the masses). I decided to build from the bottom up, and that’s how Ponea came into being,” Macharia, the startup’s Chief Visionary Officer (CVO), told TechCrunch. A personal emergency confirmed the timeliness of the idea. “I was driving from my house, and I had a nosebleed, and that was the second time it was happening. I got in touch with my doctor, and he recommended I take some tests. But I think he suspected I wouldn’t take them; it was a busy day anyway. So, he sent a lab technician to my office to take samples. After the results and doctor’s review, I liaised with a pharmacy that used a rider to deliver the drugs,” he said. “In that moment, I realized everything exists. The doctors, labs, pharmacy, payment and delivery providers exist, but why are they not interconnected? I found out that nobody had attempted to combine this whole ecosystem into one; it was something we needed to do. Why not?” And that is how he embarked on building Ponea as a “genuinely patient-centric platform.” Ponea Health is a multitiered marketplace that aggregates patients, healthcare and other service providers including those in the payment space. It makes it easy for users to identify physicians, facilities and/or healthcare packages based on various factors including need, location and fees — as cost is also included during listing. Once a user has connected with a physician, and depending on the severity of their cases, consultation is done virtually or physically. And, where a doctor recommends tests, Ponea connects the patient with a lab provider for sample collection. “We also have our own phlebotomists, who collect blood samples sometimes, because we have realized that we have to start controlling the last-mile experience for patients,” said Macharia, who co-founded Ponea with Akshay Shah. He added that the entire process is customer driven and backed by a call center (medical operation centre) that ensures a smooth process for the patient, from the moment they check-in to when medication is delivered. To get listed on Ponea’s platform, providers are first vetted and rated, using its own rating system, which uses data from the government’s database and physicians’ certifications. Besides, patients are also able to rate providers based on set metrics, helping rank physicians according to customer experience and satisfaction. Ponea was founded in June 2019, and has since January last year signed up more than 400 health and wellbeing professionals, in addition to over 15,000 customers, at a 54% conversion as people increasingly seek telehealth, following the sector’s covid-induced growth. The uptake comes as telehealth is said to bridge the healthcare access gap in Africa, the continent that suffers the highest disease burden in the world and the lowest patient-to-doctor ratio. As the adoption of telehealth continues, Ponea targets to grow its customer base by 500,000 in the next three years, and establish a presence in four other markets including South Africa, Nigeria, Egypt and Morocco. “We have built a scalable product that integrates easily with others because from the word go, we set out to build a platform that should work in any part of the world. This means we do not build what is available. We look at strategic engagement by allowing API integration at a global level,” said Macharia. “And, we have found great companies both globally and locally that we work with in amazing ways, and this includes a global mental health symptom checker we are currently evaluating, and will soon be integrated in our platform,” he said, adding that the platform is able to collect data from wearable devices too. Ponea’s offering includes a chronic disease management element for patients and their caregivers like nurses to help synchronize information and data for better disease supervision. The startup also caters to SMEs or businesses that can’t afford comprehensive insurance, or those seeking outpatient services only. Employees are able to access services from a list of pre-selected providers, and unlike insurance, the Ponea wallet balance does not expire. To date, Ponea has attracted $4.3 million funding from Afya Partners, Shield Capital, Seven Seas Technologies and a number of angel investors including Bhavesh Shah, Herman Langen, Franciscus Olsthoorn, and Kalpesh Mehta. Kenyan startup Ponea gaining momentum in driving access to medical services by Annie Njanja originally published on TechCrunch