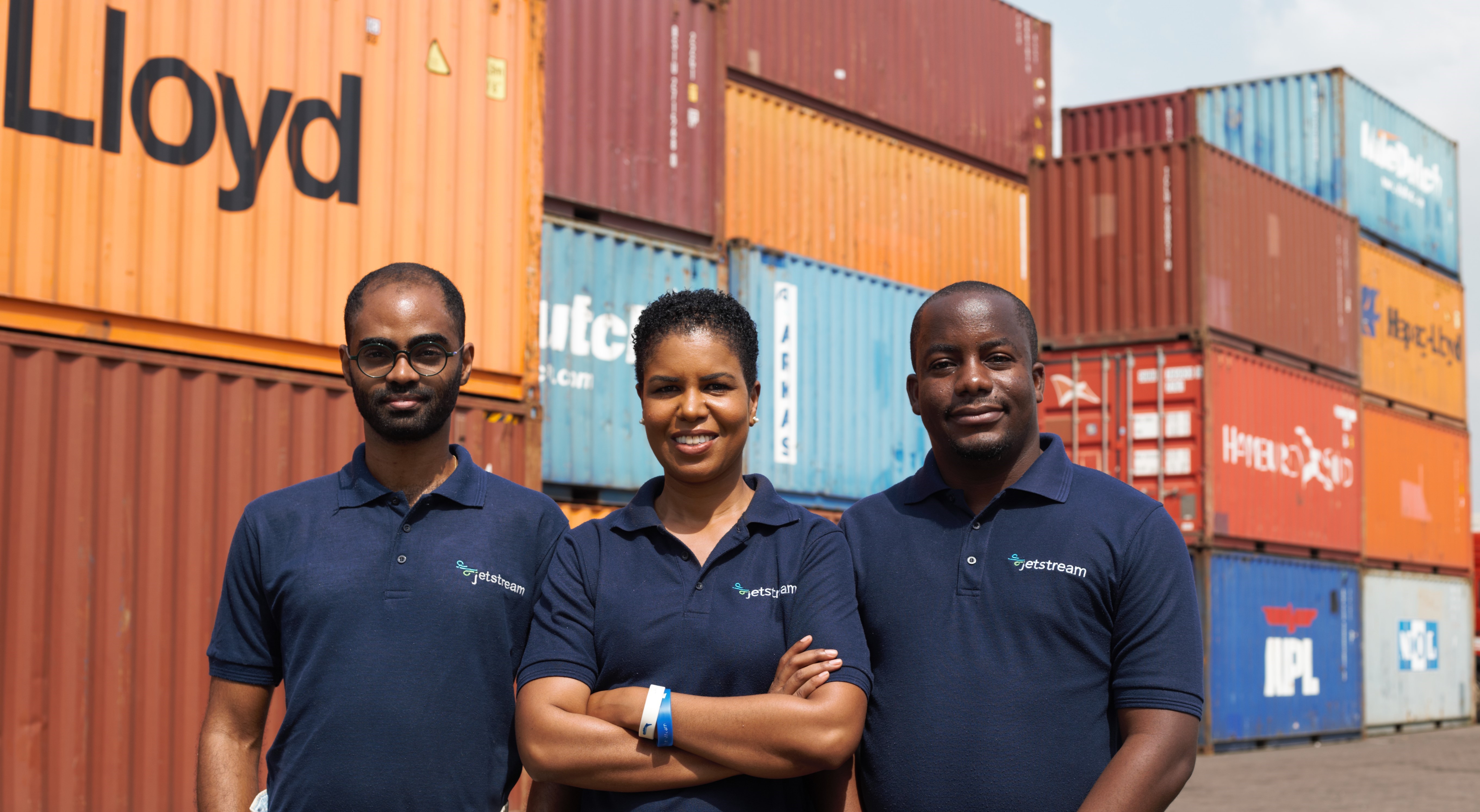 Fintech lender and private equity firm Cauris was the sole provider of the debt financing while the equity investors include Octerra, Wuri Ventures, Seed9, The MBA Fund, French development institution Proparco and ASCVC, a venture fund founded by executives of the supply chain visibility platform Project44. Existing investors Alitheia IDF and Golden Palm participated as well. The round is coming about 18 months after the Tema-based cross-border logistics platform announced a $3 million seed round (including $1 million in debt). Jetstream says this new investment will allow it to expand into new countries — it’s currently in 29 (12 in Africa) countries — and continue to develop its technology platform, which vertically aggregates fragmented logistics and financing vendors in the world of African trade. At the time of its seed round, Jetstream Africa had two business lines: one providing logistics services to cargo owners dealing with import and export and another distributing financing to freight forwarders. However, Jetstream has bundled both products over the past couple of months to serve only cargo owners. According to the startup’s chief executive Miishe Addy, Jetstream achieved product-market fit correspondingly. “Running those two lines side by side, we observed that the import or export business controls the supply chain,” she said on the pivot. “Although the cargo owners and freight forwarders have a lot of information asymmetry, the importer and exporter can put pressure on the freight forwarder to digitize the supply chain. We simplified our business into just the import-export product line by directly them with a combination of trade financing and logistics.” Jetstream’s new business model has shifted to that of a freight forwarder. The company now involves itself in the end-to-end movement of shippers’ cargo (both import and export), charges a fee and, most importantly, supplies finance to those who need it. Typically, the traditional method for most cargo owners when they want to take out a loan to run their businesses is to go to banks to secure a letter of credit. Whether they get it or not depends on the bank of their counterparty. To elucidate: Say a Ghanaian importer is making a transaction with a Chinese exporter — the bank in Ghana collects cedi and interacts with the exporter’s bank in China, which, upon vouching for the cargo owner, dispenses the yuan. It’s a time-consuming process that can take several weeks. And for cargo owners on both sides of the transaction who want access to faster credit, the letter of credit system isn’t efficient, leaving them to find other sources of capital that require some form of collateral for their loans. Jetstream essentially provides them with working capital backed by actual shipment. According to Addy, the three-year-old startup takes a security interest in the cargo. Rather than handling the letter of credit itself, Jetstream underwrites loans — to be paid back within 15-90 days — through its banking partners and disburses the loan proceeds to every vendor in the supply chain. “If you’re importing 10 containers, in addition to paying for the actual good, importers have to pay the shipping line, customs broker on both sides, truck drivers on both sides, you have to pay a warehouse operator in some cases, or container terminal. There’s a minimum of nine different vendors you have to pay,” noted Addy, who co-founded Jetstream with COO Solomon Torgbor in 2018. “And when someone applies for a Jetstream loan, they’re not just saying give me $50,000 but enough money to fund this entire shipment and pay these nine vendors. Also, we don’t give the money to the cargo owners but to the nine vendors directly.” Missing Attachment Jetstream has grown its trade finance product from the $1 million debt it secured in mid-2021 to about $9 million in total loans disbursed so far. Its projection is to increase that amount fivefold by the end of this year, Addy said. The chief executive also mentioned that Jetstream has scaled from disbursing one loan per month to up to 50 loans per month after switching its business model, thus becoming EBITDA positive. Also, revenue has grown by 48% and active customers by 102% within the past year, according to a statement shared by the e-logistics startup, which handles shipments consisting of 47% air freight, 44% ocean freight and 9% ground transport. The 44-man team, which competes with the likes of Sote, One35 Port and MVX Africa among others, has been able to strike several essential partnerships for its next growth phase, including multinational banks like Societe Generale and startups such as Lami and MFS Africa. Tokunboh Ishmael, co-founder and principal partner at Alitheia IDF, one of Jetstream’s investors, says this round of funding, which supports the startup’s expansion to new markets, will see it capitalize on trade policies like AfCFTA, “enabling richer inter-continental trade which is needed to support inclusive economic development and unleash the continent’s full potential.” Jetstream, a Ghanaian e-logistics platform for Africa’s B2B importers and exporters, takes in $13M equity, debt by Tage Kene-Okafor originally published on TechCrunch