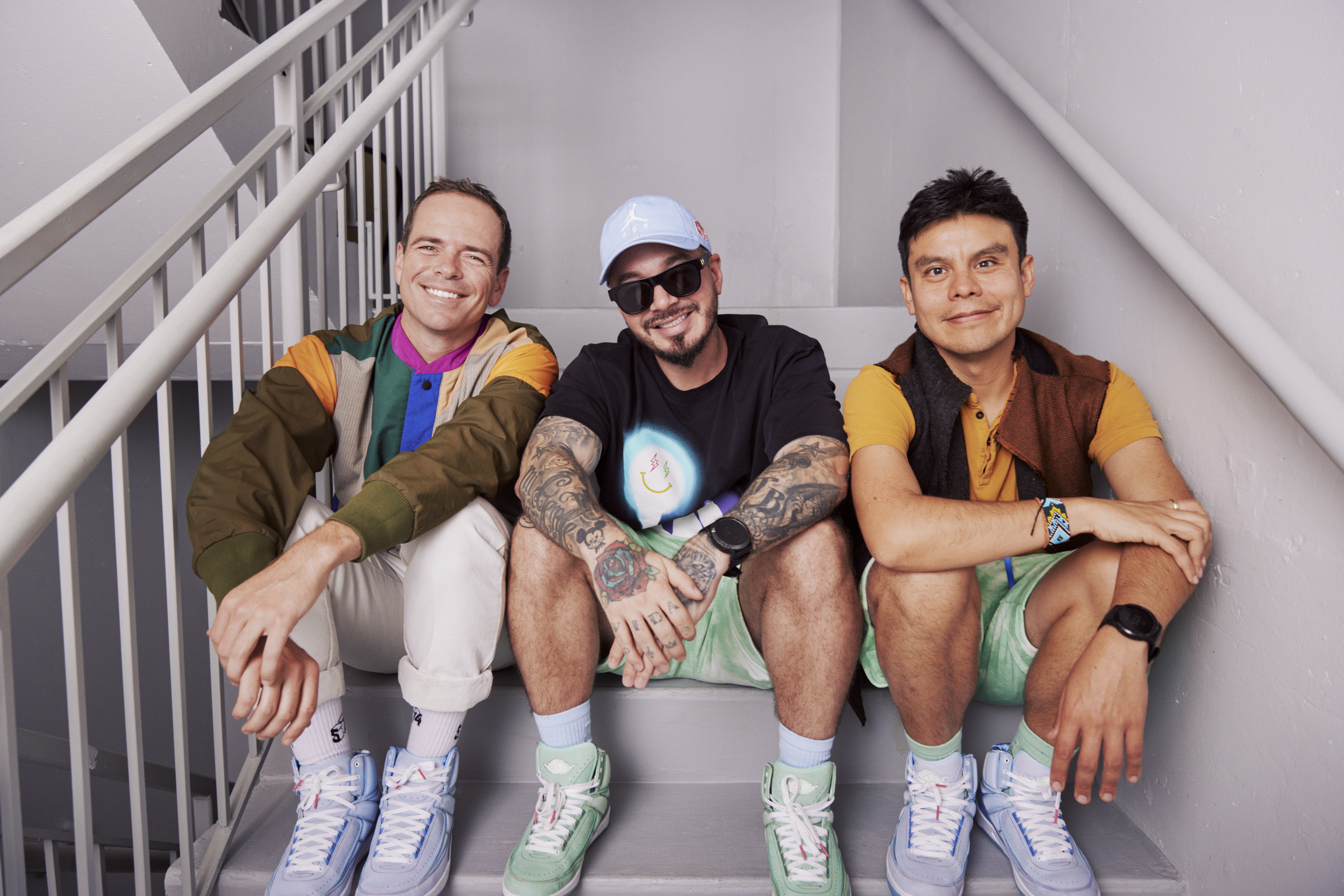 The app, which seeks to support those struggling with mental health issues, is built by Balvin and his two co-founders Mario Chamorro, a creative wellness activist and acting CEO; Patrick Dowd, a creative strategist, and the company’s COO. “This is one of my biggest dreams because it comes from my heart,” Balvin told TechCrunch in an interview. “I’m human just like anyone else and I felt I had this mission to make the world a better place starting with mental health.” The company says that, while a co-founder Balvin will be Chief Dream Officer, or CDO. While it’s a, um, creative title, it’s unclear how much Balvin will have in day to day operations or if he will largely be used for marketing and distribution efforts. The company told TechCrunch Balvin’s role, other than being a cofounder, is to help push the team to “dream bigger.” According to an internal study conducted by OYE, 92% of respondents in Latin America have a negative understanding of mental health and mental health services. TechCrunch requested to view the study but was told by a spokesperson they could not share it because it was “proprietary information” to the company. However, the statistic provided shares similarities with a report published by the American Medical School Association. The AMSA report noted there is a cultural mental health stigma within the Latino community and little knowledge of what it means to access mental health services. Additionally, Latinos in the US access mental health services 50% less than their white counterparts, according to a study published in Hispanic Health Care International. For the reasons above, Balvin and his cofounders said they found it crucial to make sure OYE was offered in a bilingual manner. “[We’re] transforming the way that we talk about mental and emotional wellness, from something that is seen as a private burden to something that is a creative opportunity to exercise to create new aspects of your life,” Dowd, who used to be the head of brand innovation & collaborations at PayPal said. “We’ve actually built two versions of our app that we’re launching this month. One of them is entirely in Spanish, the other is entirely in English, and our team is also bilingual and spread across the Americas.” Oye, a Spanish word, translated to English means listen which has become a driving goal for the team. Missing Attachment The app will provide users with bilingual wellness practices and daily feeling check-ins. Users can also go through creative wellness exercises, such as guided training on how to understand their emotions better. Daily wellness practices can last between 30 to 45 minutes. Users who download the app before Oct. 31 will have access to a one-month free trial. Following that trial period, users will have to pay $4.99 every month to access OYE and its resources. https://techcrunch.com/wp-content/uploads/2022/09/OYEVideo.mp4 As OYE hits the international market for iOS and Android, it will have to prove that it can do more than leverage Balvin’s reputation. Balvin is the latest of many celebrities adding startups to their careers: Serena Williams and her journey into venture capital; Kim Kardashian being a private equity dealmaker; and “Selling Sunset” star Christine Quinn working on her crypto-based brokerage. Though for the Grammy-nominated artist, being the CDO of a wellness app seems and will probably remain more of a side gig, for the time being. “We all dream and have big dreams,” Balvin said “[At OYE] we put together our strength, talent and capacities to create this beautiful app.” However, Oye is entering a space where wellness apps and digital therapy have oversaturated the market. BetterHelp, TalkSpace, Headspace and Calm are just some platforms that come to mind. Wellness apps boomed during the COVID-19 pandemic, but have since been questioned for their practicality and effectiveness. One thing was made apparent to TechCrunch: OYE wants partnerships to effectively serve marginalized communities. “[JBalvin] is the person in reggaeton who has the largest number of collaborations in his music, and that’s how he has been able to become a rising artist and the prince of reggaeton by collaborating,” Chamorro said. “We have been developing very mindful partnerships around us, and we are operating in that way to amplify the voice of OYE.” The company claims to have partnerships with Apple and Google to better optimize its app on their respective platforms. The road to breaking down mental health stigma is a long one, but Balvin hopes this initiative will help break down those stigmas and “make the world a better place.” OYE has been able to garner support in the form of a $4.1 million pre-seed round led by MasterClass and Outlier.org cofounder Aaron Rasmusen, with participation from Collab Fund, 17Sigma, Expa, GreyMatter, Propeller Ventures, Gaingels, Alley Corp CEO Kevin Ryan, former Amazon executive Jeff Wilke, Future Ventures Co-Founder Maryanna Saenko and Coursera CEO Jeff Maggioncalda. This round’s funds will be used to further develop content, enhance marketing, upgrade the app based on user feedback and begin promoting B2B offerings, which the team explained they plan on offering next year. JBalvin enters the digital wellness space with the launch of a bilingual mental health app by Andrew Mendez originally published on TechCrunch