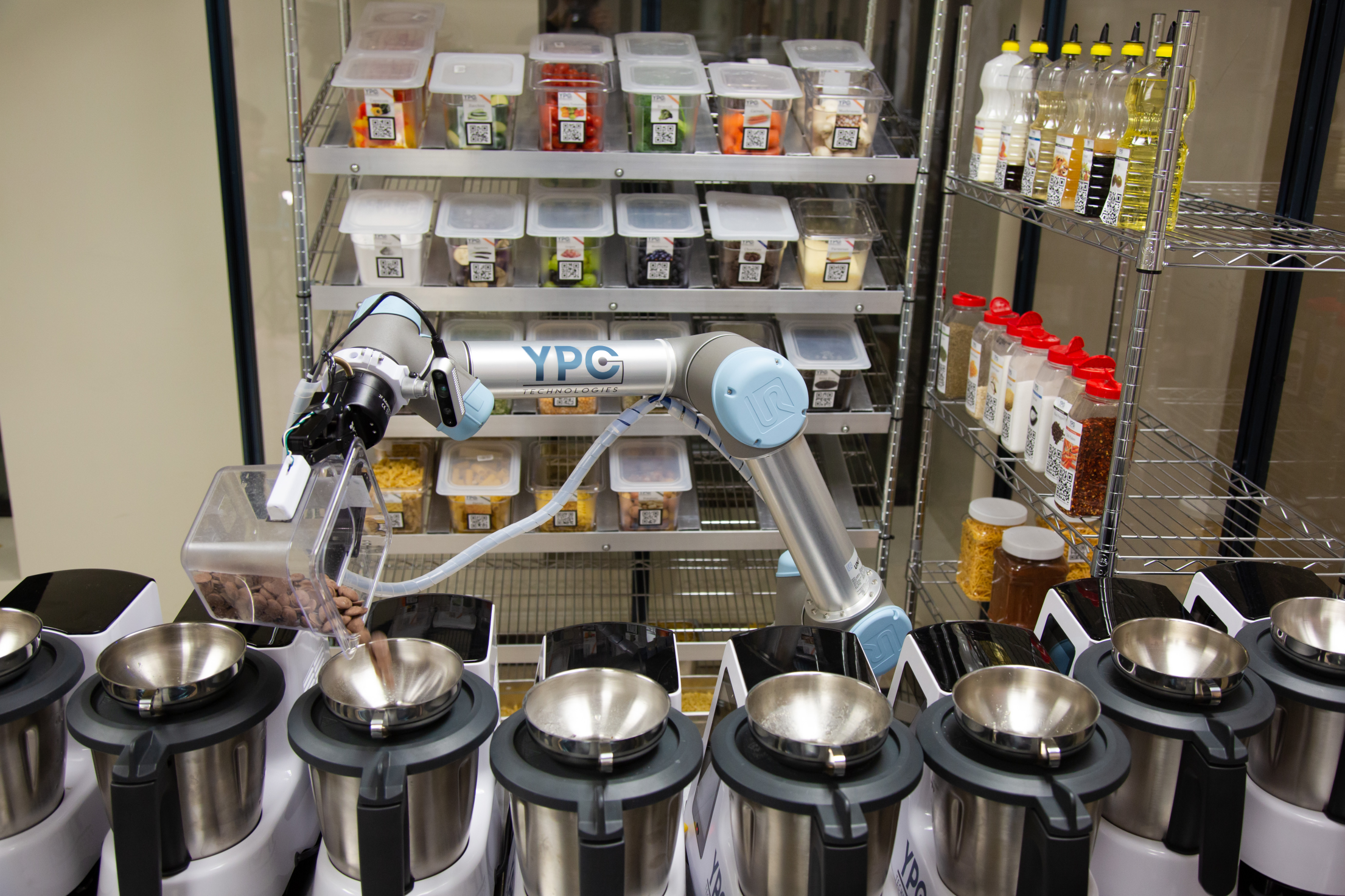 When Gunnar founded Jasper several years ago (as YPC Technologies) with human-robot interaction expert Camilo Perez Quintero, their motivation was primarily to save time on cooking. After developing robotics technologies to automate cooking processes, they opted for a business-to-business go-to-market approach, hoping to sell their platform to food suppliers and service vendors. But the company never gained the corporate traction Gunnar and Quintero hoped it would. The company pivoted a few months ago, rebranding to Jasper and adopting what Gunnar calls a “cooking as a service” model. Jasper now runs robotic kitchens in or next to residential high rises, charging residents a subscription fee plus the cost of ingredients for meals. “Having good meals at home is expensive or time consuming. Food delivery is highly inefficient — restaurants or ghost kitchens prepare meals worth a few dollars and then pay someone to ship them across town. While most customers aren’t aware of this, about half of their dollars are spent on platform fees and delivery costs,” Gunnar told TechCrunch. “By running robotic kitchens in or next to residential high rises, Jasper eliminates labor and delivery inefficiencies to offer residents freshly prepared gourmet meals at the cost of home cooking. Jasper meals are plated on porcelain which allows its clients to cut up to a third of their household waste.” ypc-tech Food automation startups are having a moment, as recently evidenced by Chipotle’s investment in Miso Robotics’ tortilla chip-making robot. It’s no surprise — labor shortages and increasingly costly ingredients make food-prepping robots an attractive proposition. In 2020, Karakuri landed $8.4 million for its automated canteen to make meals. Last May, Chef Robotics raised $7.7 million with the goal of helping automate certain aspects of food preparation. A few months later, salad chain Sweetgreen bought kitchen robotics startup Spyce, and this past summer Makeline secured $24 million for its robot that automatically assembles bowl lunches. Jasper competes more directly with Los Angeles-based Nommi, who supplies autonomous food kiosks to real estate and college campus partners. But Gunnar asserts that Jasper’s platform is able to prepare a wider range of menu items (ranging in cost from $1.20 to $16.90), including cod with steamed potatoes, paprika cream chicken and desserts like sticky toffee pudding. “We use machine learning for task scheduling and the dispensing of ingredients. We intend to also add it to enable the experience of a personal chef,” Gunnar sad. “The same way that Spotify can predict what music you like, Jasper will predict what meals our customers would like to eat … No other food robotics company we are aware of can currently serve customers at home the way Jasper does as no other system can prepare a menu as versatile as ours.” Jasper says it ran multiple trials in a residential midrise over the past year and over the past month launched Jasper in six apartment buildings. To date, only about 231 customers have ordered food from Jasper via the company’s ordering platform. But in a sign investors are pleased with current progress, Jasper has raised $3.5 million from backers including Toyota Ventures. ezgif-4-2e534a2ac7-2 In a statement via email, Toyota Ventures’ founding managing director Jim Adler said: “Toyota Ventures made an early investment in Jasper because we got excited by the team’s vision of bringing fresh cooking, exciting menus, and high food quality close to consumers. They’ve been focused on how best to serve customers daily meals at home. They have impressive early traction that’s been driven by recent labor shortage in the restaurant industry and growing consumer demand for affordable food options. It’s a bit of a perfect storm for Jasper which is creating a huge opportunity for the company to improve the way we eat every day.” Gunnar says the goal is to reach $2.5 million in annual recurring revenue (ARR) as it prepares to raise $7 million in additional capital. Jasper, which employs 13 people (a number Gunnar anticipates increasing to 15 by the end of the year), has a current ARR of “less than” $100,000. “We just launched Jasper in multiple buildings over the past few weeks and will ramp up revenue,” Gunnar said. “This funding will further increase automation in our processes to get to a revenue per man-hour of $167.” Jasper’s robots assemble fresh meals for nearby apartment dwellers by Kyle Wiggers originally published on TechCrunch