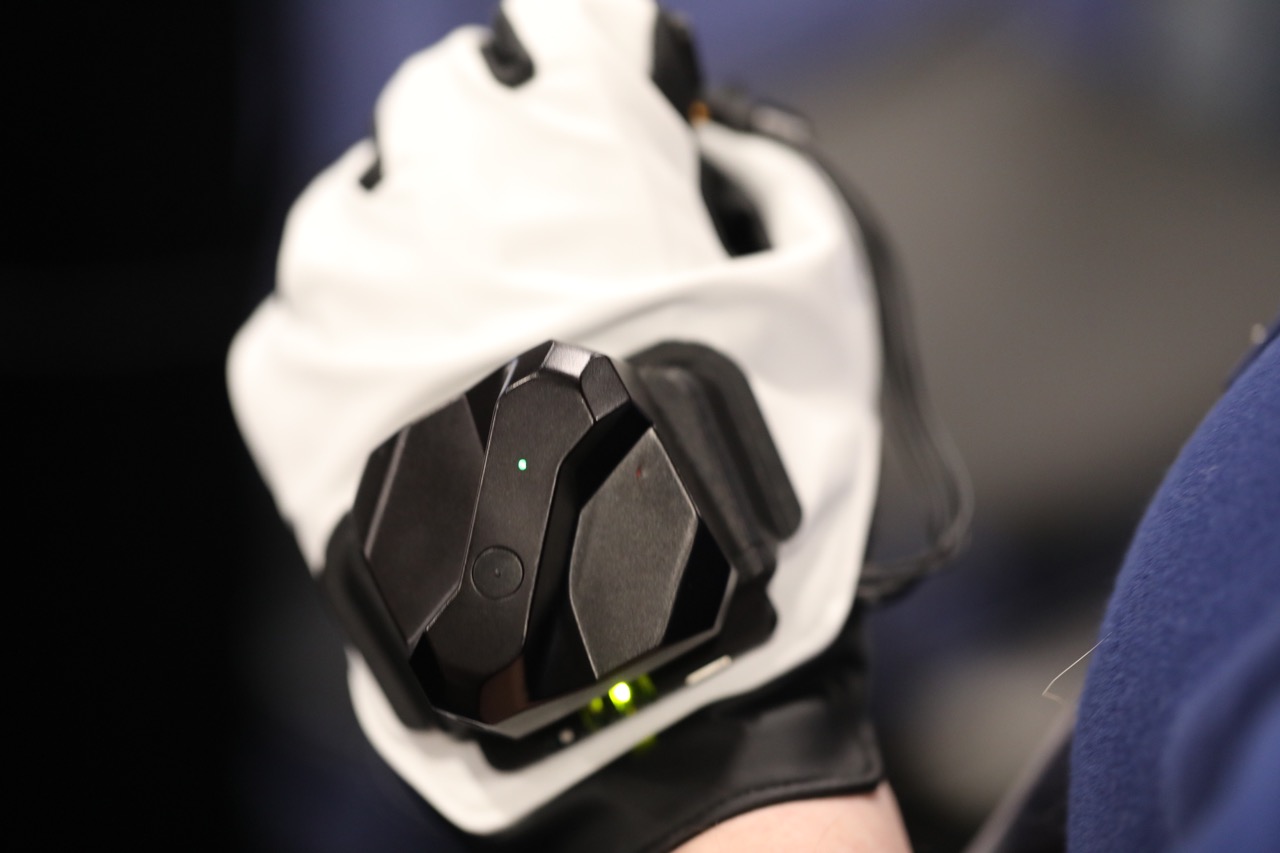 With the newfound (relative) prominence of virtual reality, perhaps it’s time give the idea another go. Certainly interacting in this way make a heck of a lot more sense in VR than it does an 8-bit side scroller. This is the promise behind ContactGlove, a new product from the Japanese firm, Diver-X, which debuted this week at CES. CMC_4068-Large In addition to picking up an Innovation Award at the show, ContactGlove is also the subject of an on-going Kickstarter campaign, which has already passed its $200,000 goal, with 16 days left to go. The product combines hand tracking with haptic feedback to give the user a more hands-on approach to interacting with the virtual environment around them. After calibrating the system, ContactGlove tracks finger movements for more natural interaction, as well as button/stick movements made with the hand for a more traditional gaming experience. Battery life is around two hours with haptics on and eight hours with it turned off. You can also hot swap the battery to keep it up and running. The product claims to be a cheaper/more accessible approach to VR gloves than what’s currently out there. Of course, when dealing with VR hardware, “cheaper” is certainly relative. The firm puts the final retail price of the product at just under $500 for the pair. It’s compatible with HTC Vive headsets, as well as Steam VR hardware. The company is also making an SDK available for Unity and UnrealEngine developers to make better use of the system. Diver-X expects to start shipping in July, at which point we’ll find out which kind of bad ContactGlove truly is. ces-2023-banner-10 It’s like the Power Glove, but for VR by Brian Heater originally published on TechCrunch