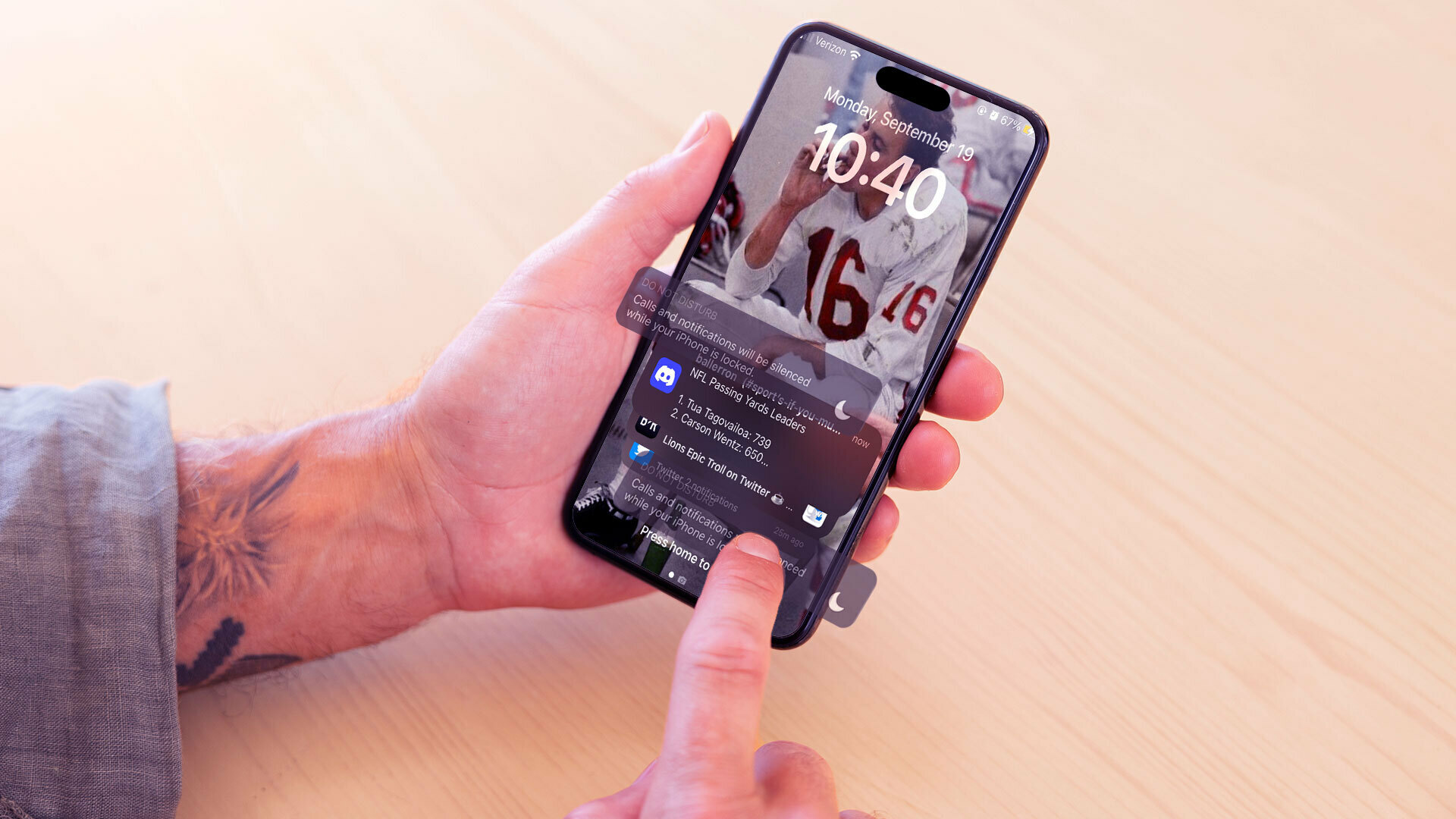 Before iOS 16, my iPhone’s lock screen was like a flawless, beautiful sandcastle. It had a background image I’d carefully chosen and lovingly cropped to the exact right proportions, and a handcrafted selection of notifications in a view that made sense. And then Apple came over and kicked it like some childhood bully.Of course, that’s all metaphorical. I didn’t actually have a sandcastle on my iPhone — that would be weird. But with the release of iOS 16 last week, Apple made some big changes to the lock screen, like new widgets and fonts, that have totally harshed the positive vibes I had going on. I think we can all agree that no function of the lock screen is more important than offering users a quick glance at notifications. And now Apple’s gone and bungled that whole setup, possibly in service of accommodating the new Dynamic Island feature that’s exclusive to the iPhone 14 Pro. And if that change wasn’t bad enough on its own, the new default font for the clock can take a hike, too.Let’s get into why exactly the new iOS 16 lock screen just isn’t working for me after a week of use.

When Apple reengineered the iPhone lock screen for iOS 16, the philosophy seems to have been to unlock the full potential of widgets. These are little UI features that you can choose to drag and drop around the lock screen, all in the hope of creating something both aesthetically pleasing and useful. If you want to display the weather, phone battery life, or even the latest Facebook updates on your lock screen, you can do that with widgets.And that’s fine! The only problem is that people who don’t want to do that (Hi! It me.) are stuck dealing with a lock screen that’s less functional than ever. That’s because widgets, by default, are supposed to live in the middle third of the lock screen, right underneath the clock readout. Those who have used an iPhone before iOS 16 launched last week might remember that push notifications (like new text messages and food delivery alerts) used to appear there. Now, by default, they appear cramped together at the bottom of the lock screen, like so: 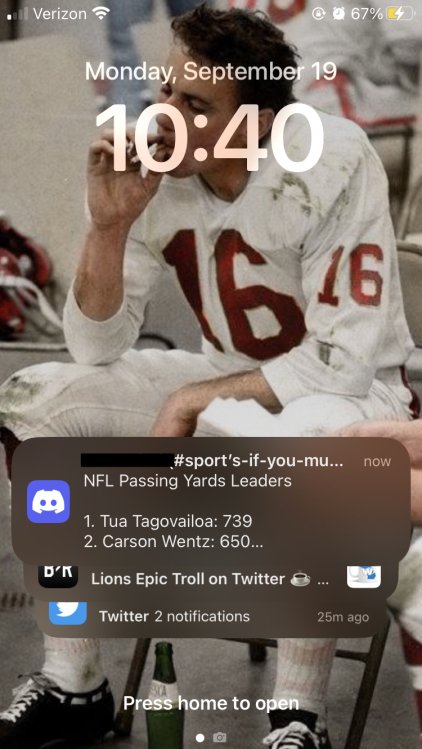 That means I now have this middle portion of the screen that offers absolutely nothing of value, while all my notifications (the literal only thing I need out of the lock screen) are sequestered down to this phantom zone where you can only really read one at a time. Not only does it look bad, but it actively makes the iPhone less enjoyable to use. Overall, this change feels like it’s almost meant to make you want an iPhone 14 Pro with its notch killer, the Dynamic Island. That feature, which turns the selfie cam housing into a digital swiss army knife, can replace some of the functionality of push notifications (like replacing certain system alerts and showing timers), which would at least partially alleviate my grievances. The problem is that I don’t have over $1,000 to drop on a new iPhone 14 Pro right now, and to be honest, I’m perfectly happy with my 2022 iPhone SE.

At least I can customize it…sort of

There’s also one more minor problem with the new lock screen: The default font for the clock is terrible. It’s an overly thick sans serif font that, as the first thing you see after picking up the phone, feels very aggressive. It’s so burly that my eyes are naturally drawn to it every time I boot up the phone, even if intend on looking at something else. Don’t shout the time at me, please. 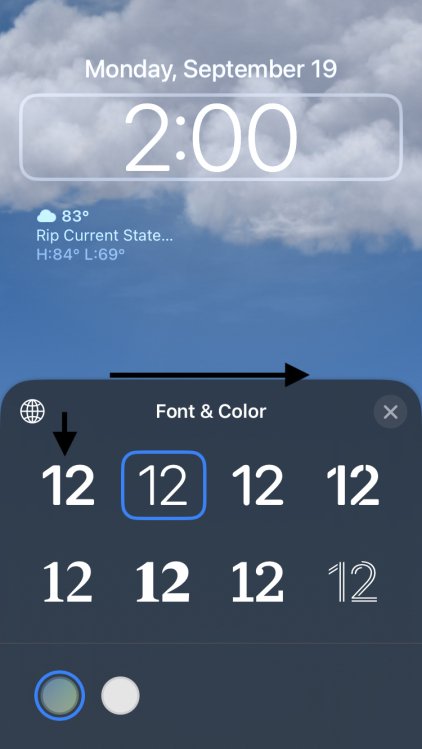 The good news is that you can customize the lock screen on iOS 16 and change the font back. Just tap and hold on the lock screen, and you’ll get a customization menu. The bad news is that, for whatever reason, doing this while maintaining the background image I’ve been using for more than six years is unnecessarily difficult.For context, it’s a very cool picture of former NFL quarterback Len Dawson (who just recently passed away, so pour one out) smoking a cigarette and drinking Fresca in the locker room during a Super Bowl in the 1960s. It’s my favorite picture in the world. He looks so cool. And when I try to customize the lock screen, my iPhone demands that I choose a new wallpaper image before I can do anything else. I was able to trick it by downloading the image again and choosing it from my photo library. Doing so produces a zoomed in version that I had to pinch to crop correctly, which took more effort than it should have. 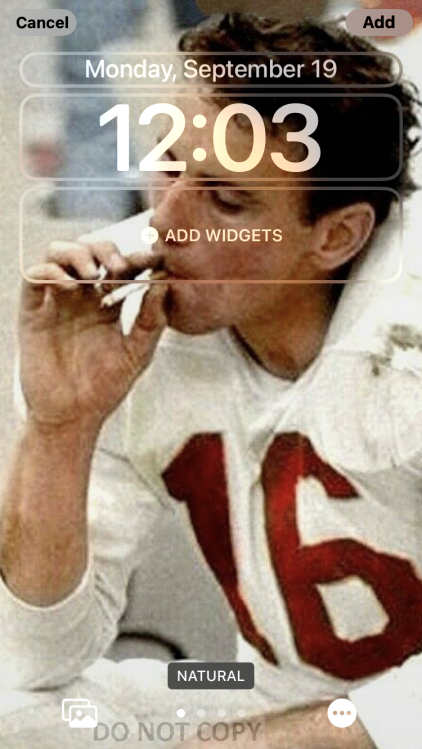 This finally gave me the ability to preserve the look I wanted while fixing the font and adding widgets (which, again, I don’t want to do), but it didn’t fix the notifications problem. The middle of the iPhone’s screen is still an empty and useless void.I don’t know what I did to deserve this, but please, Apple, I’m begging you: Just let me put the notifications back where they belong. Let me rebuild my sandcastle.