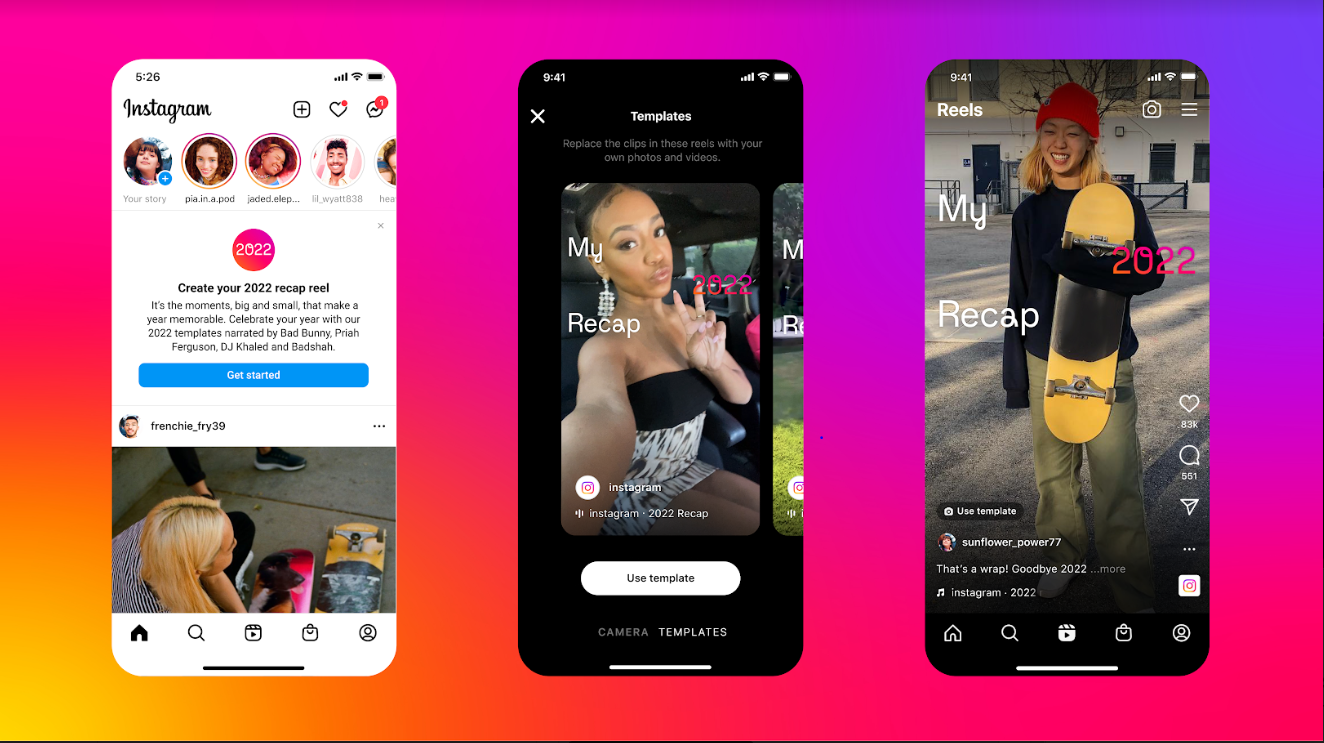 Users can customize their 2022 Recap Reel by choosing a narrated template from artist and producer Bad Bunndy, DJ & producer DJ Khaled, rapper and producer Badshah or Stranger Things star Priah Ferguson. You can create your recap by selecting up to 14 photos to share with your friends and followers, after which they will be automatically edited into a complete Reel that you can share with your followers. Users will start to see a new “create your 2022 recap reel’ prompt in the app’s homepage that will take them to the new template. Or, you can navigate to the Reels tab to select the 2022 recap template to get started. Prior to 2021, Instagram users had to create their own version of an end-of-year feature where they would post their top nine images in a photo grid. But last year, Instagram rolled out a “Year in Review” feature that allowed users to select up to 10 stories to share with their followers. Instagram is now once again offering a built-in way to share personalized end-of-year content. This year, Instagram’s end-of-year recap feature is housed in Reels as opposed to Stories, which isn’t surprising given that the social network has been pivoting to video over the past year. The launch of the new feature comes as shareable end-of-year recaps have become increasingly popular thanks to Spotify’s annual Wrapped experience that is widely shared across social media each year. Given the success of Wrapped, numerous companies have launched their own end-of-year recaps, including Apple Music, YouTube Music and Reddit. Instagram’s new Reels template lets you create your own 2022 recap by Aisha Malik originally published on TechCrunch