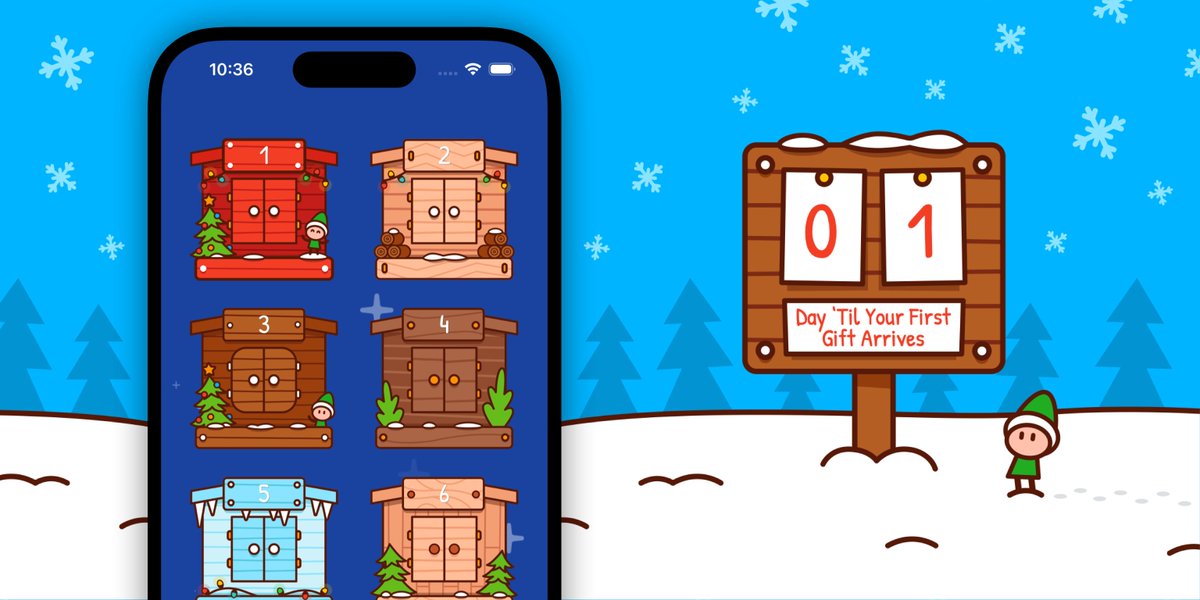 The deals are starting today, Dec. 1, 2022 and will run through Jan. 10, 2023. It’s sort of like a month-long Black Friday event, but only for indie apps. While typically TechCrunch doesn’t typically write about sales or promotions, this one is worth checking out as it inevitably turns up some undiscovered gems and helps support the indie app developer community. This year, the Indie App Santa event will feature 40 deals across an expanded number of categories, including mobile games. While the names of the apps aren’t released in an advance, Indie App Santa’s creator François Boulais tells us there’s at least one app that won an Apple Design Award making an appearance this year. He also notes that half the deals featured will be for free downloads of otherwise paid apps instead of only discounts. Missing Attachment Boulais credits two friends who help him to run the event, back-end developer Jean Delasalle and front-end developer Thibault Saint-Germain. Though developers who participate have to offer discounts to join, they end up reaping the rewards in other ways. Beyond the initial surge of users, the increased exposure often helps them to long-term loyal users who also leave higher ratings and reviews. It also gives their app a boost in the App Store charts around one of the busiest times of the year for downloads — the holidays. And the apps that offer other in-app purchases have the ability to profit from increased sales in the days that follow their deal’s listing. As Luilux’s developer, Christian Lobach, remarked last year, “I have spent more money on Search Ads campaigns with much worse outcome [sic].” This year’s event kicked off with today’s launch of Posture Pal, a mobile app that cleverly uses the motion sensors in your AirPods to help you improve your neck, shoulder, and back posture without the need for an additional tracking device of some kind. Instead, the app tracks if your neck tilts and sends an alert. Typically, the Pro subscription is $14.99, according to its Indie App Santa listing, but users today can head into the app’s Settings and select a Lifetime free plan. Further deals will be released throughout the weeks to come, which you can track on the @indieappsanta Twitter feed or by downloading its app. If you choose the latter, you get the experience of tapping on little festive windows that open up to reveal the free or discounted app’s icon. You can then tap through to learn more about the app and deal and install the app on your iOS device. If you opt to support the program through an in-app purchase of $4.99, you’ll gain access to other features like push notifications to alert you to deals as soon as they arrive, alternate app icons, and soon, widgets. Many don’t necessarily pay for the feature set, however, they pay to support the program itself — and the app lets you increase your donation, as well. ‘Indie App Santa’ returns, this year offering 40 deals on free and discounted iPhone apps by Sarah Perez originally published on TechCrunch