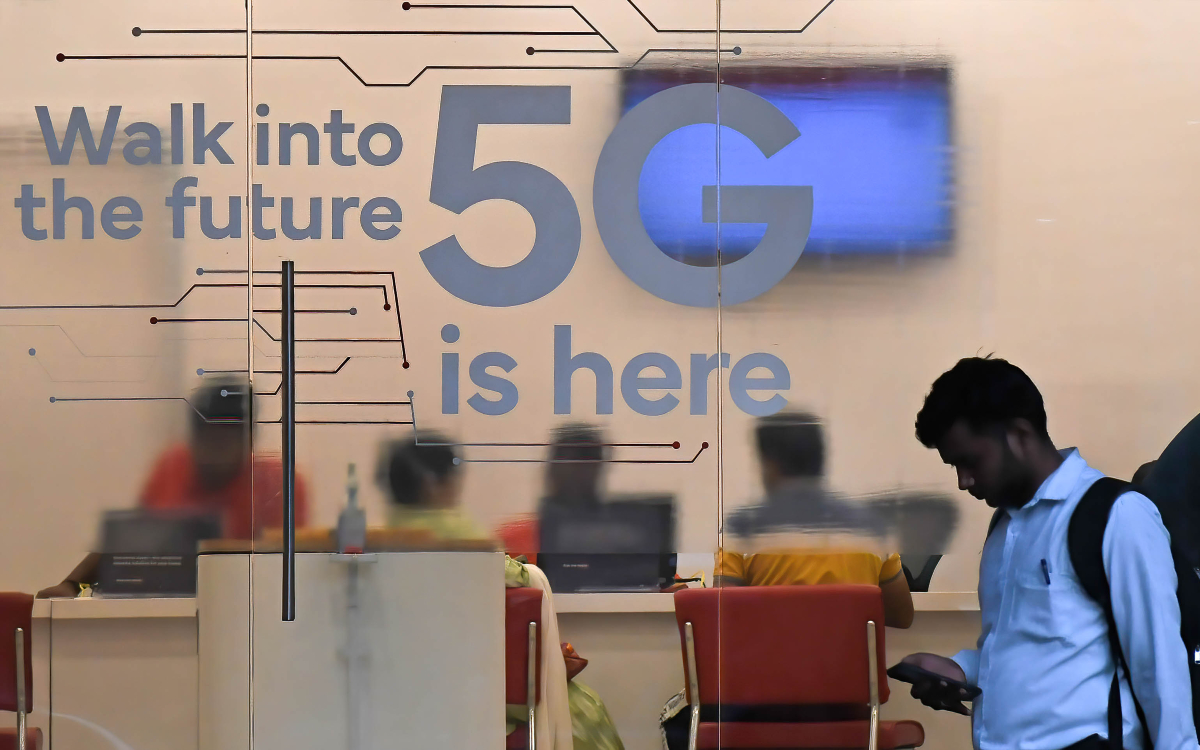 The Department of Telecommunications (DoT), the government body that handles telecom operations in the South Asian nation, in its recent order to telecom operators Reliance Jio, Bharti Airtel and Vodafone Idea, directed them to restrict their infrastructure enabling C-Band 5G networks (between 3.3-3.67GHz) from over 1.3 miles (2.1 kilometers) away from runway endpoints at all airports in the country. It also ordered all three operators to limit the power emission of their equipment installed after the given range. The restrictions were enforced in response to concerns raised by the Indian Directorate General of Civil Aviation (DGCA). In September, the aviation department suspected that 5G networks operating on the C-Band spectrum would interfere with flight altimeters — the instrument that helps pilots maintain the required altitude during flight. The airline industry in the U.S. raised similar concerns in January when AT&T and Verizon activated their C-Band 5G networks. In June, the Federal Aviation Administration said that stakeholders in aviation and wireless industries identified steps to protect commercial flights from disruption by 5G interference and permitted AT&T and Verizon to continue to enhance their service at certain airports with the least risk of disrupting flight schedules. Shortly after the network disruption concerns arose in the U.S., the Indian telecom minister Ashwini Vaishnaw in February assured the industry that the South Asian country would not face any such issues. “In the U.S., especially in older airplanes, the altimeter frequency is close to the one being used to render 5G services,” he said in a press conference, adding that the frequency used by flight altimeters in India was far away from the frequencies designated for 5G services. P D Vaghela, chairman of the Telecom Regulatory Authority of India, made a similar statement in an interview with the English daily Times of India in January. “India will have no problems. Prima facie, there are no problems for the aviation industry within India over 5G spectrum rollout,” he had said. C-Band frequencies — a part of the mid-band spectrum — range between 4-8GHz. Telecom operators in the U.S. have the C-Band comprising a 3.7-3.98GHz frequency range, which is possible to intercept the altimeter range between 4.2-4.4GHz in some cases. However, the Indian government auctioned the mid-band spectrum in the 3.3-3.6GHz range. Peeyush Vaish, a partner and telecom sector leader at Deloitte, said that Indian operators have a distinct separation of 530MHz from the international altimeter band. There has been no reported interference between 5G and aircraft frequencies in Europe, South Korea and Japan — all of which have launched 5G services based on 5G bands similar to those assigned in India, he said. Nonetheless, due to the direction from the telecom department, telcos in the country are evaluating a series of steps, multiple sources aware of the development told TechCrunch. Airtel so far deployed its infrastructure to enable 5G connectivity at four airports in the country, while Jio also planned to make a similar move in the coming days. Due to the restrictions, Airtel and Jio need to re-evaluate their plans. The former also needs to switch off its radios for the time being. The DoT director general and the independent body for Indian telcos, the Cellular Operators Association of India, did not respond to requests for comment. Experts believe that consumers in the proximity of airports are not likely to get 5G on their compatible devices. The directive indicates that a user in Aerocity in New Delhi or one in Mumbai’s Santacruz may not get 5G for now, a source working at a telecom operator who requested not to be named told TechCrunch. The impact would, however, be less in cities including Bengaluru, where airports are miles away from local residencies, they said. Vaish of Deloitte stated that while the current network infrastructure is not likely to be affected due to the restrictions, new tower construction near urban airports might be delayed for the time being. Even though the directions are limited to the specific C-Band network frequencies, the impact seems significant as telcos consider the particular band for widespread 5G connectivity across various devices. Amitoj Arya, a partner at EY, said that since the interference issue does not impact all airlines and is limited to a specific type of aircrafts, 5G can be rolled out in a phased manner while retrofitting affected aircrafts with interference-resistant altimeters. He also suggested that telcos could be directed to run 5G services around airports with reduced power levels and technology interventions on 5G antennas. “5G has the potential to alleviate several of airports’ and airlines’ pain points, such as aircraft data analytics and predictive maintenance, autonomous apron operations, automated baggage handling, AI-based passenger monitoring and screening, etc. Hence, it is critical to identify ways to allow 5G technology near the airports while not compromising the safety and security of the passengers,” he said. The DGCA is exploring the replacement of aircraft radio altimeter filters to overcome the roadblock for telcos. However, it would take months for all flights to get the upgraded systems. India’s nationwide 5G rollout plan could hit turbulence due to aircraft interference concerns by Jagmeet Singh originally published on TechCrunch