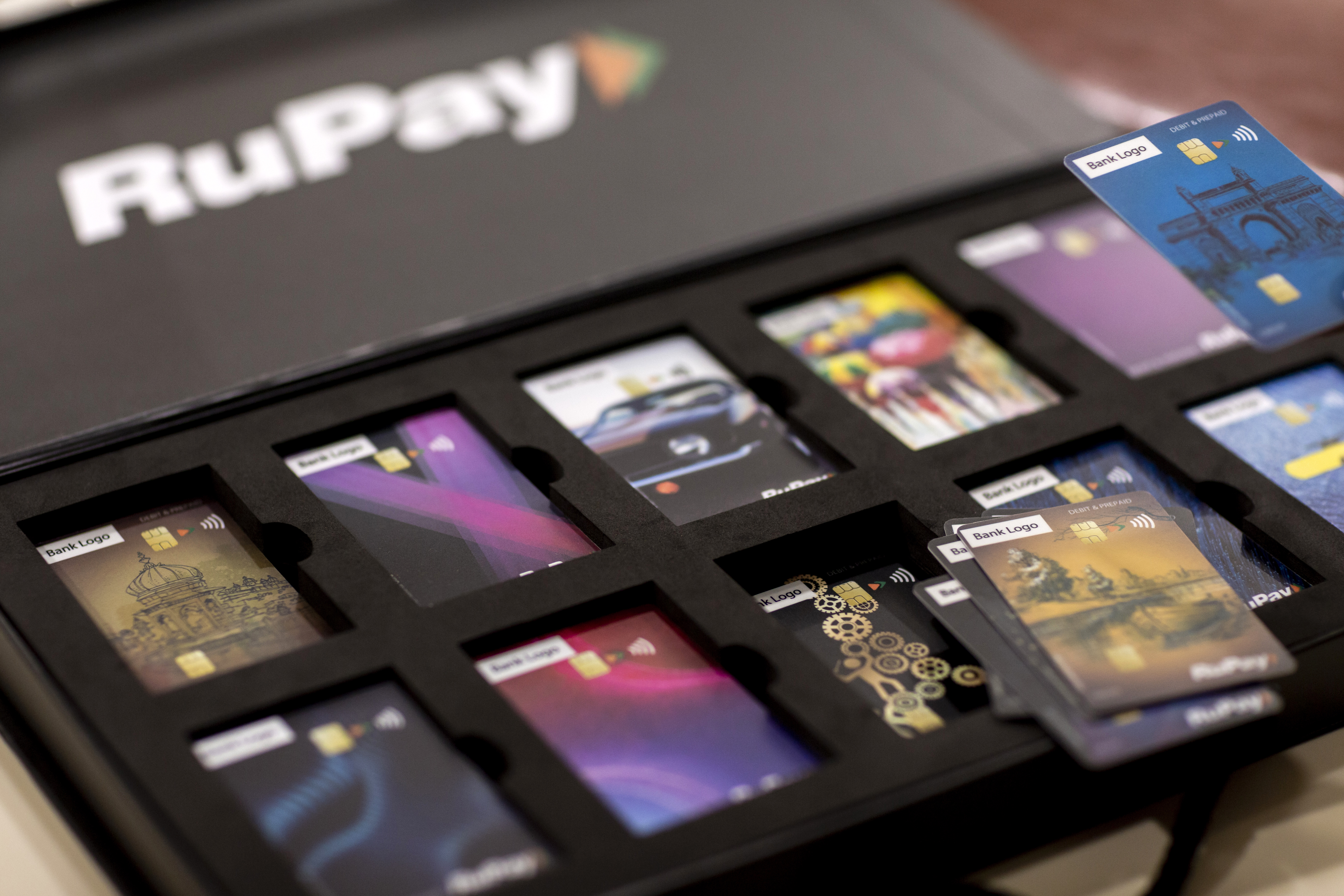 New Delhi approved a plan Wednesday to spend $318.4 million for the promotion of RuPay debit cards and low-value person-to-merchant transactions on UPI during the period of FY 2022-23. “Under the said scheme, acquiring banks will be provided financial incentive, for promoting Point-of-Sale (PoS) and e-commerce transactions using RuPay Debit Cards and low-value BHIM-UPI transactions (P2M) for the current financial year FY 2022-23,” it said in a statement. The Narendra Modi-led government’s move is an attempt to assuage the concerns of banks that have questioned the financial viability of the UPI network. UPI, a six-year-old payments network built by a coalition of banks, has become the most popular way Indians transact online today. The payments service fetches money directly from banks, removing the reliance on any intermediary. But it operates on zero merchant discount rate, tiny fees on transactions that is one of the main sources of income for banks and card companies. “Various stakeholder in the digital payments systems and the Reserve Bank of India (RBI) expressed concerns regarding potential adverse impact of the zero MDR regime on the growth of the digital payments ecosystem. Further, the National Payments Corporation of India (NPCI) requested, among other things, for incentivisation of BHIM-UPI and RuPay Debit Card transactions to create a cost- effective value proposition for ecosystem stakeholders, increase merchant acceptance footprints and faster migration from cash payments to digital payments,” New Delhi said. RuPay is India’s homegrown card network, which is promoted by the National Payments Corporation of India, a special body of RBI that also oversees UPI payments. The central bank, which has pushed international giants Visa, Mastercard and American Express to store Indian data locally in the country, has made a series of attempts to expand the reach of RuPay in the South Asian market. RuPay is the only payments network whose credit cards today support linking to UPI. But even as RuPay has made significant progress in making inroads with debit cards, credit cards on its network are struggling. Several banks, including HDFC, has shown little interest in issuing RuPay credit cards because it is eroding their profit-making ability, according to two people familiar with the matter. Tata Neu’s RuPay credit card, issued by HDFC, doesn’t support linking to UPI, for instance. India to spend $320 million to promote homegrown payments network by Manish Singh originally published on TechCrunch