Incooling is building servers that use liquid to cool down 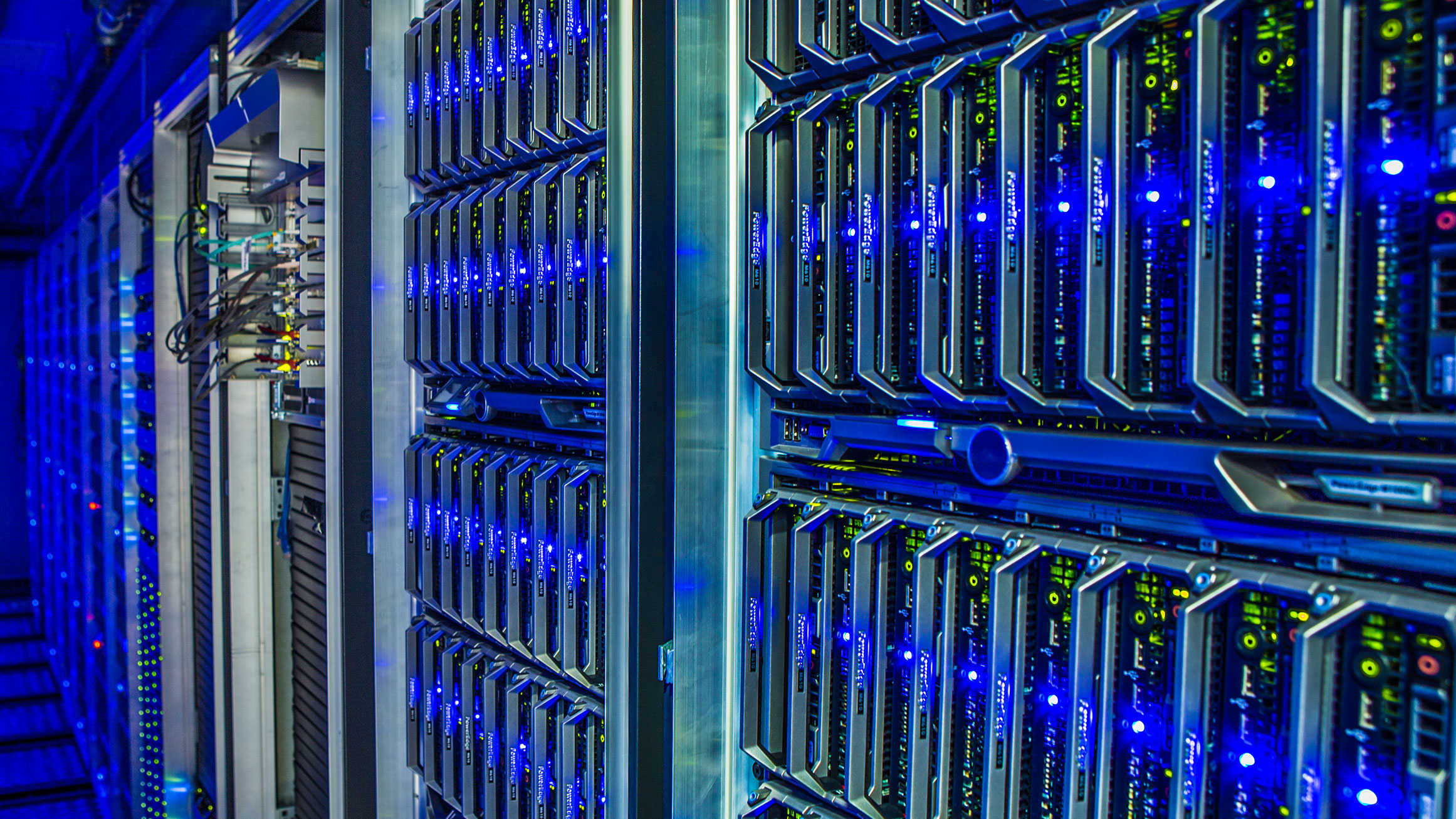 Motivated to solve the dual crises — an ambitious goal, to be sure — Samodurova co-founded Incooling, which focuses on efficiency in data centers. Incooling, which is pitching in the Startup Battlefield at Disrupt, designed a custom-built server with a proprietary cooling system that it claims allows for superior thermal management, enabling the server to achieve high-efficiency standards. “Our own design and cooling allows for unleashing the full potential of today’s technologies which otherwise are not met due to heat and space constraints,” Samodurova told TechCrunch in a recent interview. “With our technology, we are able to increase the performance on scaleable and non-scaleable tasks by accelerating the existing hardware and saving … on energy use.” Samodurova began developing Incooling’s tech in 2018 with Rudie Verweij, the company’s second co-founder. The two met at the High Tech Campus, a tech center and R&D ecosystem on the Southern edge of the Dutch city of Eindhoven, during a hackathon. After partnering with CERN in Switzerland — Samodurova leveraged connections there through her work at HighTechXL, an incubator that’s previously commercialized CERN technologies — Samodurova and Verweij designed prototype server hardware. Their server uses a two-phase cooling system with refrigerants specifically designed for extreme heat and conditions, which Samodurova claims allows it to a reach some of the fastest processor speeds of any server on the market. 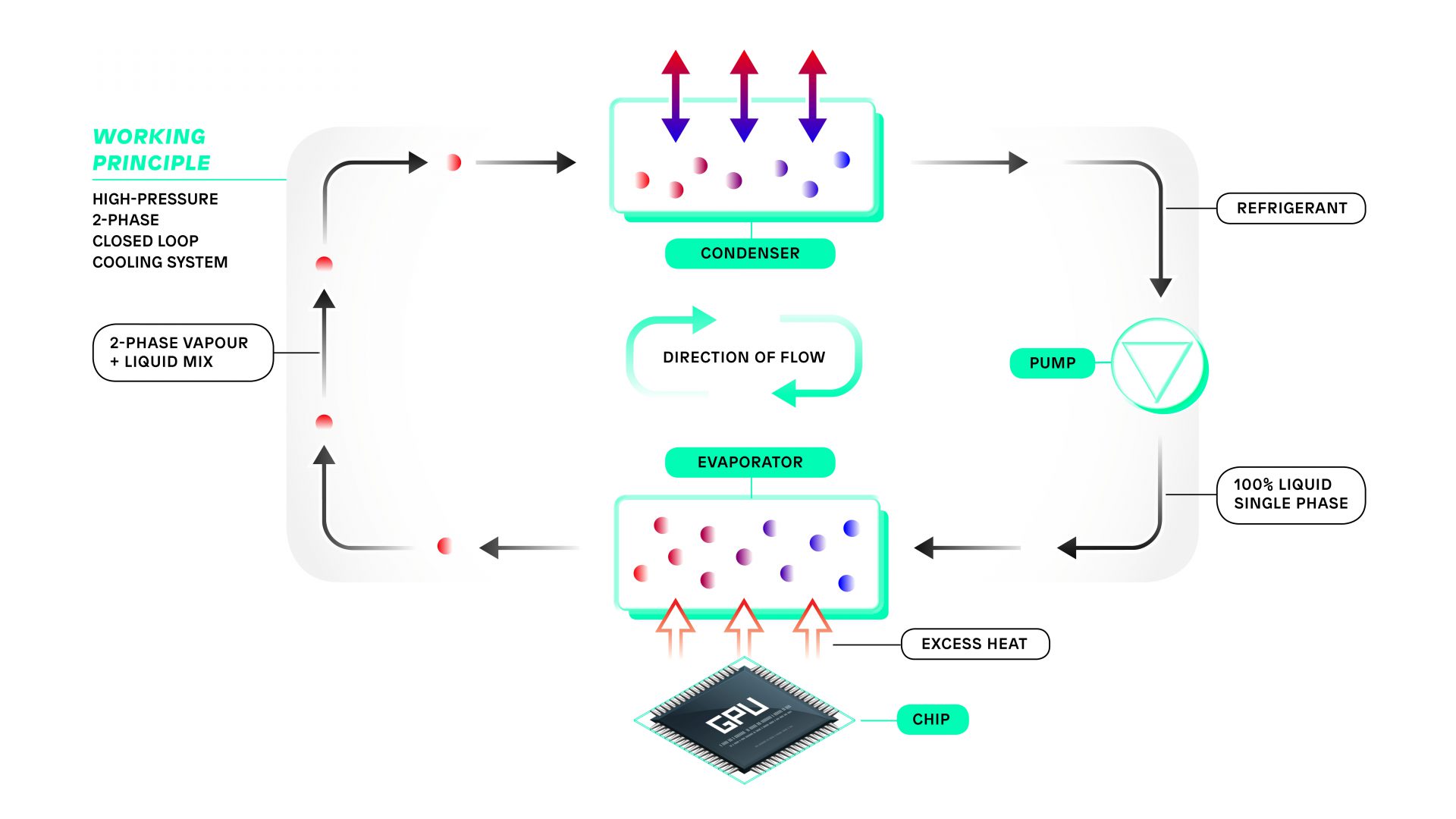 Incooling’s secret sauce, if you will, is the aforementioned cooling design and control. Samodurova says the system is able to quickly respond to fluctuating heat loads, adjusting to ensure the server’s processor stays within safe temperature ranges. “As we are entering a new market — cooling and compute — we don’t really have direct competition,” Samodurova said. “Cooling companies focus only on cooling and server manufacturers only on the end server, whereas we take the best from both worlds and combine it in the ultimate custom solution where every major component is specifically designed to perform at their designed maximum capacity and that way enhance the end result above the current market benchmarks.” Certainly, Incooling’s mission is an important one. It’s estimated that data centers consume about 3% of the global electric supply and account for about 2% of total greenhouse gas emissions worldwide; cooling costs can total around $2 billion a year. While traditional data centers consume less energy than they used to, the demand for compute to drive AI-powered applications and accommodate the growing public cloud threatens to derail progress. Samodurova was loathe to reveal much about how Incooling managed its servers’ efficiency improvements — it’s early days for the company, which is in the midst of raising capital. But she did say the cooling system employs phase-change cooling, a technique that can provide a more reliable way to cool electronics than conventional air conditioners and air compressors. Phase-change cooling harnesses a cooling fluid’s latent heat of vaporization — the point at which it transitions from a liquid phase into a gaseous phase and vice versa. Fluid in a phase-change cooling system collects heat until it vaporizes, at which point it becomes less dense and travels to the cooler part of the system. There, it dissipates the heat, and as it does so, the gas transitions back into a liquid and recirculates back toward the heat source. Phase-change cooling offers several benefits, perhaps chief of which is reduced energy usage and thus costs. Unlike, say, a fan, the system doesn’t require a continuous supply of electricity to cool components. As an added benefit, because it doesn’t contain moving parts, it’s less prone to mechanical failure. It’s hardly a new technology. Phase-change cooling features in Xiaomi’s circa-2021 Mi 11 Ultra smartphone. And on the server front, Microsoft has experimented with a two-phase cooling system on the banks of the Columbia River, using steel holding tanks to submerge servers below the water and carry heat away from their processors.

Rival startups are experimenting with phase-change cooling for servers, also. Submer Immersion Cooling — which has venture backing — submerges servers in a special, contained fluid, allowing techs to swap hardware components even while the system is operational. Meanwhile, ZutaCore’s processor-cooling technology dissipates heat through a liquid contact. But Samodurova asserts that Incooling, which currently has a 12-person team, is “continuously growing” as it prepares to mass-produce its server next year. She wouldn’t answer questions about potential customers or projected revenue, but she claimed that one of Incooling’s prototypes has been running in a data center for over a year. Also notable, Incooling has a partnership with PC manufacturer Gigabyte to use the latter’s R161 Series, G-Series, and H-Series server platforms as the testbed for Incooling’s tech. In a preliminary run, Incooling said it achieved up to 20 degrees Celsius lower processor core temperatures — leading to an up to 10% increase in boost clock-speed and 200 Watts lower power draw. “The pandemic showed how much we rely on technology and how important reliable connections are,” Samodurova said. “Due to pandemic, we were able to directly showcase Incooling’s added value by bridging the gap between the demand for compute and the existing solutions.” Incooling is building servers that use liquid to cool down by Kyle Wiggers originally published on TechCrunch