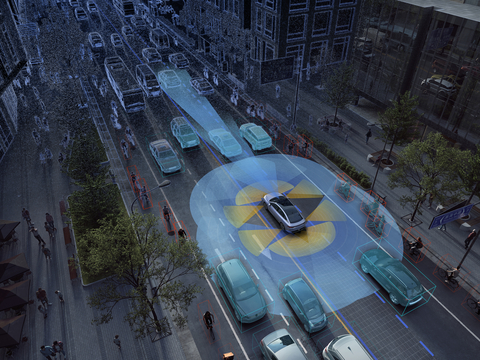 City Navigation Guided Pilot (City NGP), an expanded version of Xpeng’s NGP, which performed tasks like assisted driving on highways based on the navigation route set by the driver, is being tested on a pilot basis in Guangzhou. Certain Xpeng P5 family sedan customers in the city can now get access to City NGP via an over-the-air update before a wider rollout, according to the company. Xpeng’s City NGP has been compared to Tesla’s Full Self-Driving (FSD) beta software — Xpeng’s tech promises to do similar things to Tesla’s ADAS, including cruise control, automatic lane changes, navigating around stationary vehicles or obstacles, detecting and reacting to traffic lights, taking left or right turns, navigating through intersections, and avoiding obstructions like construction, pedestrians and cyclists. At least, that’s what the technology promises to do; whether it will perform as advertised is another question. Tesla has faced myriad complaints and lawsuits for failing to meet its promised capabilities. Tesla and Xpeng aim to eventually achieve full autonomous driving through sequential rollouts of their driver assist systems purchased and tested by drivers on real roads. The main difference, and one that may be the key here, is in the companies’ sensor stacks. Tesla has doggedly pursued a vision-only approach to full self-driving that is based on cameras and neural network processing. Xpeng, like most other companies aiming for autonomous driving, has a full suite of sensors that include cameras, lidar and radar. “With the rollout of City NGP, XPeng is spearheading a strategic road map to complete our ADAS coverage from highways and parking lots to much more complex city driving scenarios, offering our customers enhanced safety and an optimized driving experience,” He Xiaopeng, chairman and CEO of XPeng, said in a statement. “We believe the continuous evolvement of City NGP and the expansion of its coverage will accelerate the transformation of the driving experiences of our customers.” Ultimately, City NGP is a feature of Xpilot 3.5, Xpeng’s latest version of its standard ADAS (like how Teslas come standard with Autopilot). Drivers piloting City NGP will require a “seven-day familiarization period — and 100 km of driving — before its functions can be used on all available roads,” according to the company. Going forward, Xpeng’s full-scenario ADAS will be introduced to the automaker’s new flagship G9 SUV, which will launch in China on September 21. Xpeng did not immediately respond to requests for more information about whether City NGP will be available on all vehicles going forward or whether drivers will incur an additional cost for City NGP. Xpilot 3.5 currently costs about $6,420 (RMB 45,000). Tesla recently raised the price of its FSD software to $15,000 in North America. How Xpeng’s city navigation will stack up against Tesla’s FSD by Rebecca Bellan originally published on TechCrunch