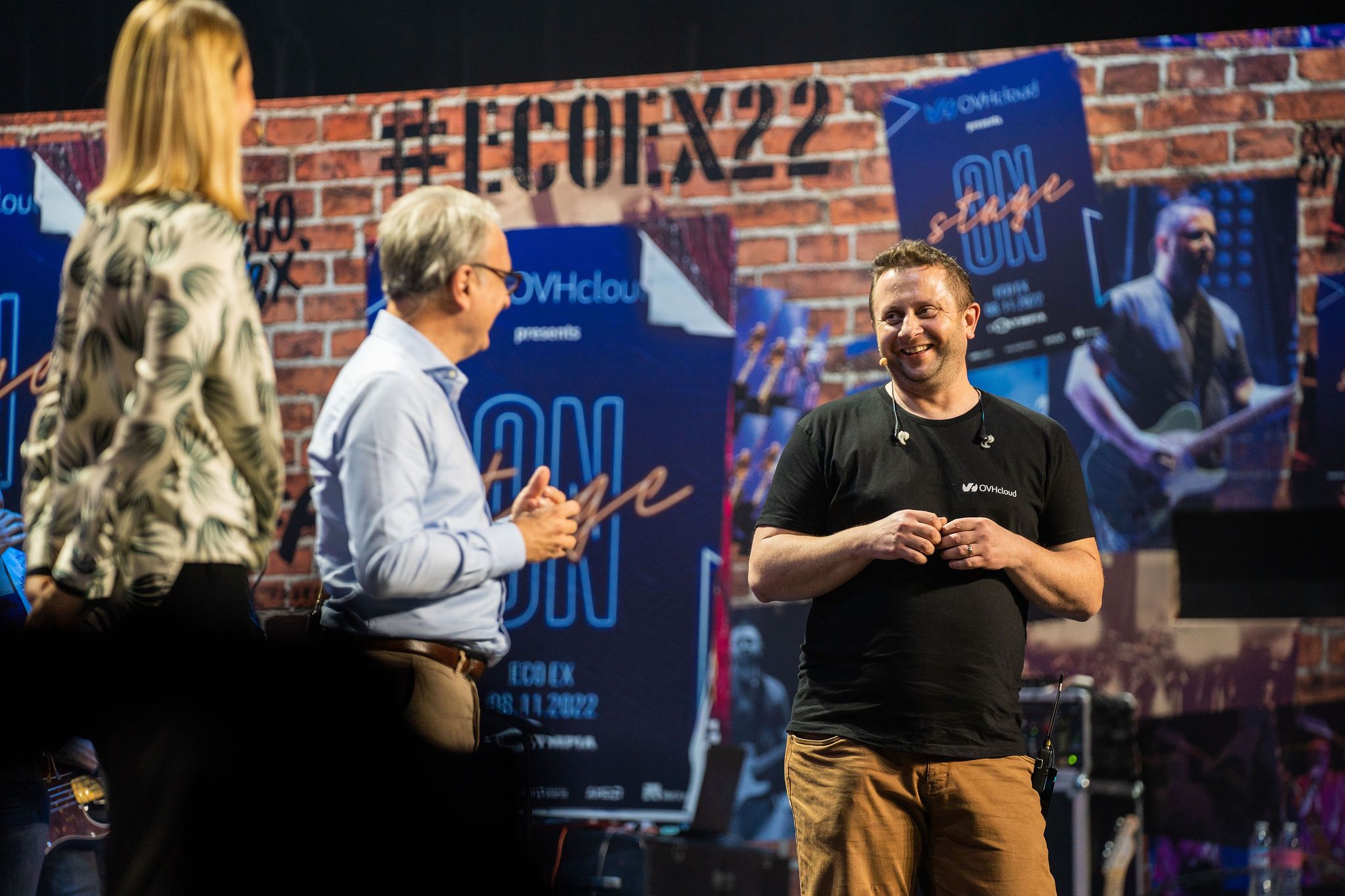 Of course, cloud computing wasn’t even a thing in 1999. The company has managed to remain relevant after all these years thanks to an opinionated approach to hosting and internet infrastructure. A few days ago, I caught up with Octave Klaba, the company’s founder and chairman. “There is a difference between impossible and unlikely. Maybe we are an unlikely company, but we exist,” he told me. We talked about his long-term vision for OVHcloud, which involves data centers as a service, private 5G networks, satellites and quantum computing.

How do you compete with companies like Amazon and Microsoft when you “only” have 2,800 employees and no side business to finance your cloud division? OVHcloud’s vision could be summed up in two says: leveraging open source as the cornerstone of product innovation, and uncompromised sovereignty. The company’s project of offering data centers as a service is a good example of these two points. “There will be more supermarkets that will use robots. Companies like Auchan or Carrefour will have fulfillment centers that will be robotized. There will be Renault factories with more IoT. There will be airports, container terminals… We will have to bring intelligence and automation to many different places,” Octave Klaba said. And he believes computing resources will have to be closer to the end clients. Companies will decide where their “cloud” is located. He calls that concept “operational sovereignty.” “Today, customers don’t get to choose. They can either opt for our data centers, or for AWS’s data centers that are located I don’t know where,” Klaba said. “Operational sovereignty doesn’t exist today because you don’t get to choose.” We are refactoring our entire data center stack so that data centers can operate autonomously even if they are disconnected Octave Klaba Essentially, OVHcloud wants to be able to provide the best of both worlds. Some clients are looking for the abstraction layer of public cloud infrastructure and the flexibility of on-premise installations. They want to pick their own data center colocation or they want to convert their own data centers into OVHcloud-enabled data centers. With this service, the cloud company brings its own server farms and handles hardware refreshes. It runs its pre-integrated cloud services system on these servers so that it works more or less like your own dedicated OVHcloud data center. And because it’s a service, clients pay a monthly bill. They don’t have to get a loan from their bank to amortize hardware over multiple years. “Some clients have very sensitive and secret data. They want us to operate their data centers without any external connection. Now that’s a challenge,” Klaba said. “So we are refactoring our entire data center stack so that data centers can operate autonomously even if they are disconnected. Everything that is required to run a data center is inside the data center,” Klaba said. And it will eventually be open source. When it’s time to update the software stack, somebody goes to the data center with a NUC mini PC and a USB key. Updates are quickly deployed to all the servers in the data center. “That’s exactly why we became a public company, that’s why I raised €350 million. We are going to open-source our software stack so that you can download and deploy it yourself,” Klaba said. “I want to give it away for free so that you can do my job.” In that case, there would be two main advantages. First, cloud companies keep reinventing the wheel. For instance, all cloud companies offer database-as-a-service products, but they don’t usually share the code behind these services. Everybody keeps developing the same thing over and over again. Second, a strong open-source community is usually more efficient than a private company developing its own proprietary component. OVHcloud wants to be at the center of this community of open-source data center software. “It’s a crazy bet. You only get to make a bet like this once in your life. But we think we are going to succeed,” Klaba told me.

When talking about edge computing, Octave Klaba was a bit annoyed about all the hype in the industry. “There’s so much bullshit around edge. So many people talk about edge computing but they don’t know what they’re talking about,” he said. He then gave me an example of what he means by edge computing. Like other cloud computing companies, OVHcloud wants to offer private 5G networks. “There are big warehouses, airports, inland ports, refineries, big factories… They need some sort of connectivity that covers a huge area with low latency and a lot of bandwidth. It has to be secured, easy to deploy and connected to the cloud,” Klaba said. So many people talk about edge computing but they don’t know what they’re talking about Octave Klaba In that industry, OVHcloud competes with traditional telecom companies and manufacturers, but Klaba believes these companies don’t necessarily know how to build something stable, always up-to-date and always online. “Now they have to use Kubernetes and they think: ‘Oh my god, how do I manage Kubernetes,’” he joked. “On the other side, Microsoft, AWS or Google invest a lot in these areas. They are buying companies. They say that they can do everything for you and for free. But then, it’s going to be connected to their infrastructure and they sell you value-added services and charge you for that. That’s an amazing hack,” Klaba said. OVHcloud doesn’t necessarily want to follow the same strategy, but it has developed proofs of concept for private 5G networks. Once again, it’s all about remaining in the race for this market, and for edge computing in general. When it comes to satellites, OVHcloud doesn’t want to compete with Starlink and become a telecom company. Instead, it wants to focus on earth observation satellites. As satellite sensors are becoming better and better, it becomes more and more difficult to bring data back home. Satellites mostly rely on radio transmission right now. “We are working on ground stations that can receive this data — but using light,” Octave Klaba said. And he believes OVHcloud could take advantage of France’s overseas regions across the globe for this new network of ground stations. Klaba was also particularly ecstatic about quantum computing. “It’s incredible what’s going on with quantum computing,” he told me. According to him, it’s just a matter of time before we get quantum computers. And he encourages all the big European companies to start investing on this topic right now. “If they don’t make an effort now, when quantum computers are here, it’s going to take them 3 to 5 years to start using them. All their competitors that have invested one or two million euros per year during three or four years, they will be ready. Banks will say we are using quantum computers and our risk calculations are faster and cheaper,” Klaba said. In that case, OVHcloud mostly wants to create an ecosystem of companies working on quantum computing. But recruiting physicists working on this topic can be hard. According to Klaba, there’s still a talent shortage. “I think it’s the next big think. During the last century, the big thing was Einstein, the atomic theory and nuclear power plants. Today, it’s quantum and it’s going to be exponential,” he said. How OVHcloud’s Octave Klaba is building a different cloud computing company by Romain Dillet originally published on TechCrunch