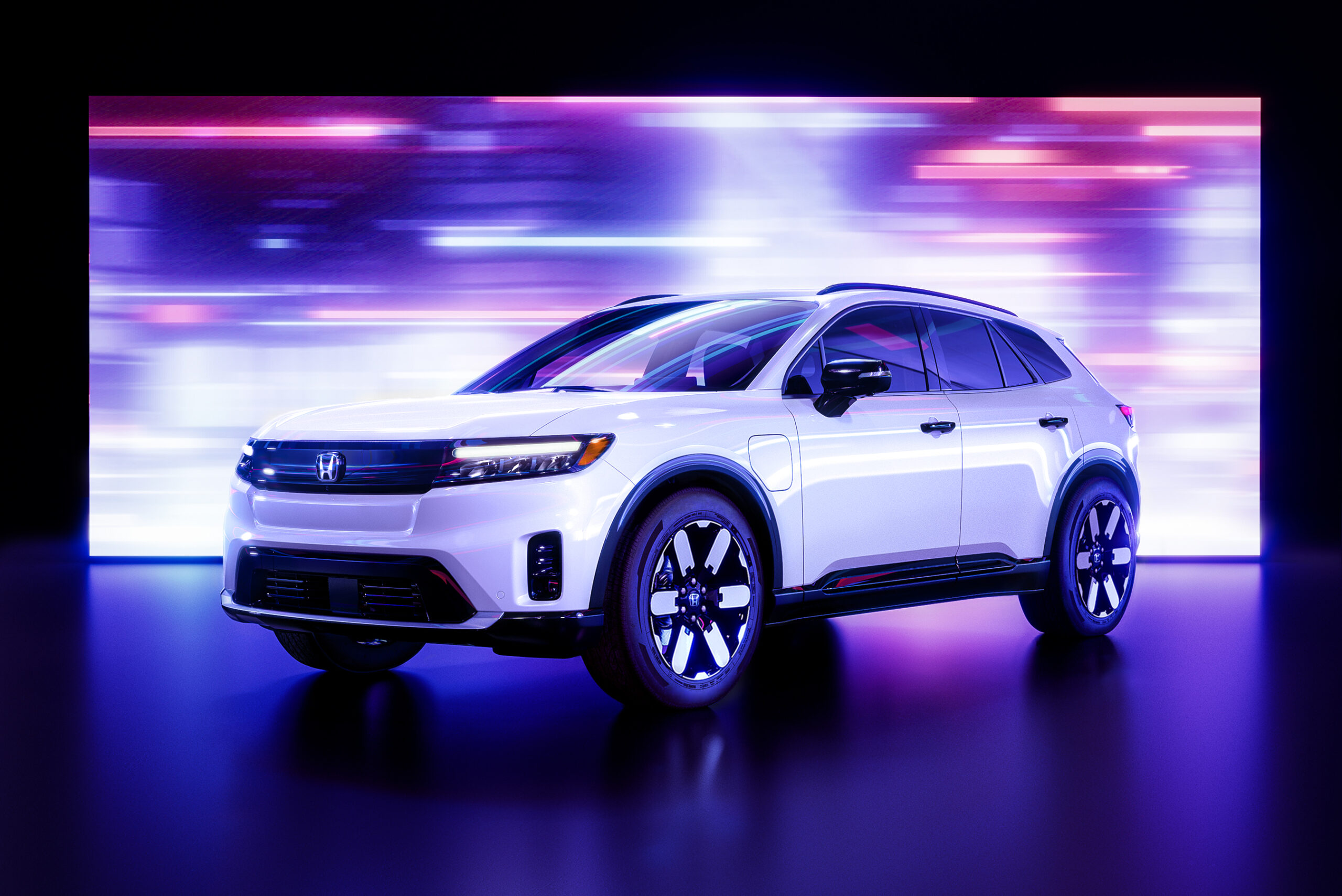 But executives, who worried about would-be EV buyers decamping for other brands in the interim, hatched a plan: a short-term lease program designed to tide them over with its newest hybrid crossover. Now customers who live in the 13 states that have adopted the Zero Emission Vehicle (ZEV) program can sign a two-year lease on the 2023 Honda CR-V Hybrid and “easily transition” into the Prologue in 2024, the company said. The 2023 CR-V Hybrid will serve as a “gateway vehicle” to the larger Prologue, according to executives. Honda expects one of every two sixth-generation CR-V compact crossovers sold to be a hybrid. “Our research tells us that hybrid customers will be among the first to move into electrified products,” said Gary Robinson, assistant vice president of product planning. “So as we grow our hybrid electric sales, we’re growing our future EV customer base. We know many of these people will become our first Prologue customers.” The Prologue will adopt Honda’s e: series name badging for its future battery-electric brand, but the SUV was co-developed with General Motors and uses the same modular Ultium platform as the rest of GM’s electric vehicles. That also goes for the upcoming all-electric Acura ADX SUV from Honda’s sister brand and the 28 other new EV models the brands plan to launch by 2030. Honda expects to begin building EVs based on its own Honda e:Architecture platform by 2026 and to launch a new series of affordable EVs co-developed with GM in 2027. The Japanese automaker has outlined aggressive deadlines toward its goal for net-zero emissions. Honda aims to ramp up annual EV sales to 2 million units by 2030, become an EV-only brand by 2040, and go carbon neutral for all products and corporate activities by 2050. Honda doesn’t want to wait until 2024 for its SUV customers to go electric by Jaclyn Trop originally published on TechCrunch