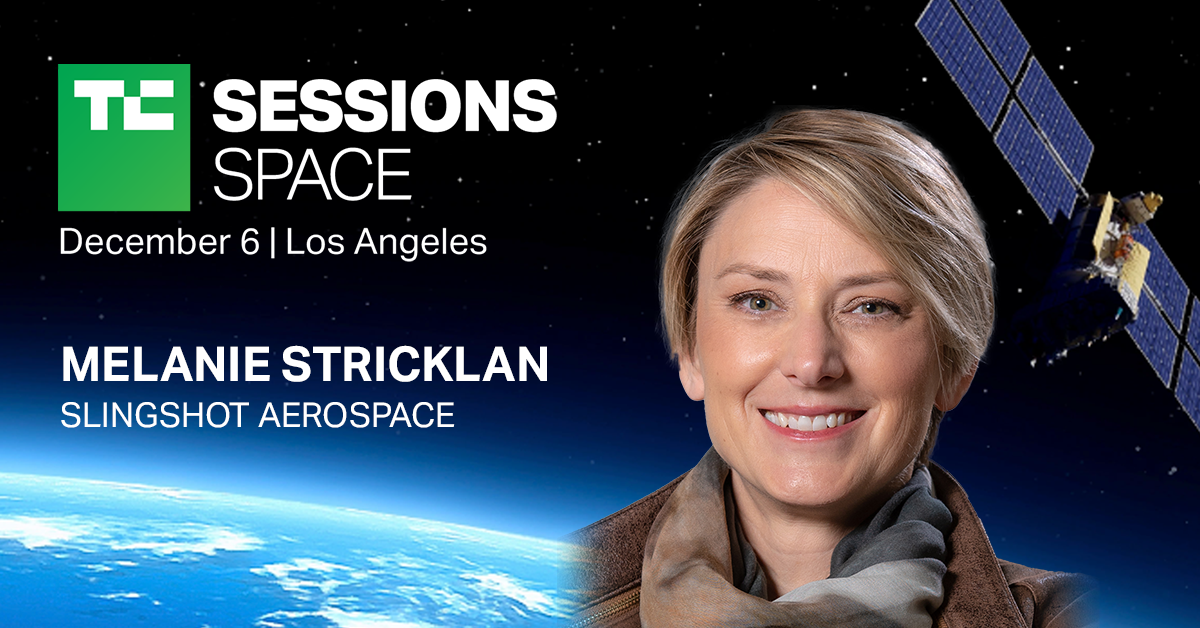 Slingshot bills itself as providing a “real-time digital landscape of space,” synthesizing multiple data sources to produce an accurate picture of what’s where when, and how things might look at any given second. The company’s “digital twin” of space includes not just active satellites but also orbital debris, space weather like solar flares and other transient events, and physics simulation. This data is used not just to avoid collisions, but also to plan launches, train space-curious cadets and engineers, and so on. Stricklan herself came from a military background, having served as an officer in the Air Force before taking on roles in the burgeoning space industry. As such, she no doubt very clearly understands the importance of and friction points in space-related intelligence and monitoring processes. The company raised $25 million in March and landed a Space Force contract for the same amount later that month. She has also seen how the military, aerospace and tech sectors are dominated by men of a particular background, and has taken action to make sure Slingshot doesn’t fall into the same trap. The company was one of the first to sign the Space Workforce 2030 pledge, in which signatories regularly report hard numbers in diversity and work to create systemic change. It’s already happening, too: Stricklan told me at Space Symposium this year that the company is at gender parity and hopes to keep it that way. The fast-moving world of orbital sims and tracking, as well as the changing landscape of the space economy, will be the subjects of our fireside chat at TC Sessions: Space. Is your company interested in sponsoring or exhibiting at TC Sessions: Space? Contact our sponsorship sales team by filling out this form. TC Sessions: Space takes place on December 6 in Los Angeles. Buy your pass today, and then join us to see and learn about the latest space tech from the industry’s most beautiful minds, network for opportunities and build a stronger startup to the stars.   Hear Slingshot CEO Melanie Stricklan’s take on simulating orbit at TC Sessions: Space by Devin Coldewey originally published on TechCrunch