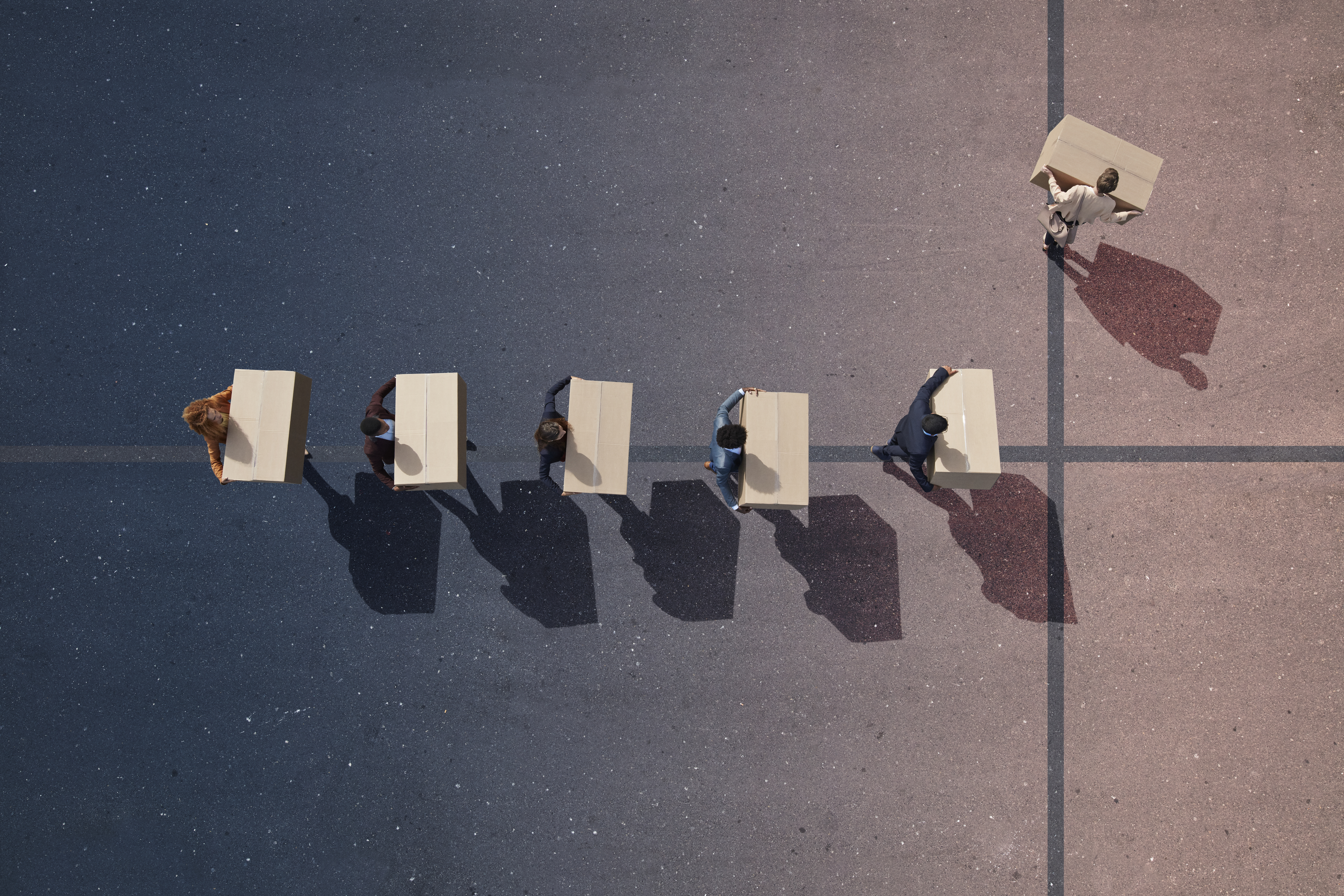 It’s been a rough few months for people who work in tech. After a massive hiring spree during the beginning of the pandemic, tech companies have needed to slow — or even reverse — hiring. Snapchat, OnlyFans, Lyft, Microsoft, Twitter, Substack, Netflix and more tech companies began laying off workers in 2022. Now just a few weeks into 2023, those layoffs don’t seem to be slowing down.”Unfortunately, I don’t see the layoffs going away anytime soon,” Roger Lee, the creator of Layoffs.fyi, a website that tracks job cuts at startups and tech companies, told USA Today.Nearly 80 percent of laid-off tech workers land new jobs within three months of beginning their search, a study from Zip Recruiter published in The Wall Street Journal reports. But three months is a long time for many tech workers, particularly those who may rely on their job for a workers permit. A 2018 report found that more than 70 percent of tech workers in Silicon Valley were born in another country; immigrant workers on H-1B visas have just 60 days to find a new employer to sponsor their visa before they’re kicked out of the country.Google, Microsoft, and Amazon are just among the many tech companies and startups that have cut jobs in 2023 already. Here’s a look at some of the largest-scale tech layoffs this year:

Sundar Pichai, Google’s CEO, laid off approximately 12,000 employees on Jan. 20, CNBC reported. U.S. employees received a severance package starting at 16 weeks salary plus two weeks for every additional year at Google.  Tweet may have been deleted (opens in a new tab) “This will mean saying goodbye to some incredibly talented people we worked hard to hire and have loved working with,” Pichai said in an email to staff. “I’m deeply sorry for that. The fact that these changes will impact the lives of Googlers weighs heavily on me, and I take full responsibility for the decisions that led us here.” When Pichai took over Google’s parent company Alphabet in 2019 he received a $242 million pay package.

On Jan. 18, Microsoft announced that it would lay off 10,000 people by the end of the third quarter of the 2023 fiscal year, USA Today reported. That’s about five percent of its workforce. Tweet may have been deleted (opens in a new tab) “It’s important to note that while we are eliminating roles in some areas, we will continue to hire in key strategic areas. We know this is a challenging time for each person impacted,” Microsoft CEO Satya Nadella said in a statement to employees. “The senior leadership team and I are committed that as we go through this process, we will do so in the most thoughtful and transparent way possible.” According to MarketWatch, Nadella’s salary in 2022 was $2.5 million. The day before layoffs, The Wall Street Journal reported that Microsoft executives enjoyed a private Sting concert.

In early January, Twitter CEO and general terror Elon Musk laid off about 40 data scientists and engineers, according to the Information and, according to Reuters, the company has plans to lay off 50 more people in the coming weeks. It’s unclear how much Musk makes at Twitter, but his net worth is over $180 billion.

More than 18,000 people were laid off from Amazon in January.”While it will be painful to say goodbye to many of our talented colleagues, it is an important part of a wider effort to lower our cost to serve so we can continue investing in the wide selection, low prices, and fast shipping that our customers love,” Doug Herrington, the company’s worldwide retail chief, said in a memo. According to Business Insider, Amazon CEO Andy Jassy makes $214 million a year. Tweet may have been deleted (opens in a new tab)

In an email to staff on Jan. 4 CEO Anjali Sud said 11 percent of workers would be laid off due to “uncertain economic environment.””This was a very hard decision that impacts each of us deeply,” Sud wrote. “It is also the right thing to do to enable Vimeo to be a more focused and successful company, operating with the necessary discipline in an uncertain economic environment. It positions us to both invest in our growth priorities and be sustainably profitable while continuing to innovate to bring the power of video to every business in the world.” Sud made more than $18 million in 2022, according to salary.com. This is an ongoing story. More information will be shared as it becomes available.